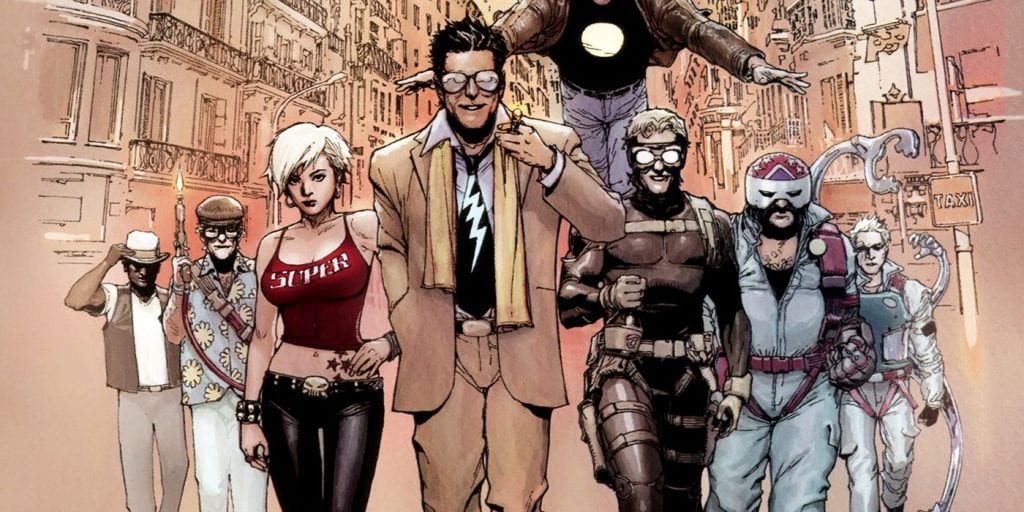 We have some bad news for fans of Netflix’s “Jupiter’s Legacy,” as it would appear the streaming giant as ‘released’ the cast from their contracts. If you’ll recall, back in 2017 Mark Millar signed a deal with the streaming giant for pretty much every single thing in his Millarworld collection. “Jupiter’s Legacy,” which was based on Millar’s comic book series of the same name, was the first of the Millarworld releases.

Some are speculating this sudden release of the cast, since the show only debuted on May 7th, indicates poor reception. Netflix famously does not release their optics, so this could be possible. That said, we think it’s more likely the original story plan for the series was to have it run for a single season, to introduce viewers to the world, and then launch a spin off (or multiple spinoffs). That’s where the next bit of news comes in.

Today’s news also included another live-action Millarworld pickup, as Netflix has ordered “Supercrooks” to series. This is a different show than the already-completed “Super Crooks” anime series coming to Netflix later this year.

Here’s what Millar had to say about the news:

“I’m really proud of what the team achieved with ‘Jupiter’s Legacy’ and the amazing work everyone did on that origin season. I’ve been asked a lot about what we’re planning next with this world and the answer is to see what the super-villains are getting up to. I’ve always loved crime stories from Scorcese to Tarantino and super-villains are always the most fun part of any superhero story. To do something exclusively focused on the villains they fight just feels incredibly fresh as we explore what it’s like to be a bad guy in a world crawling with good guys who want to put you in jail. ‘Jupiter’s Legacy’ is a vast and rich space with lots of characters to mine and so I’m happy to share that our next step here is a live-action version of the ‘Supercrooks’ comic I created with Leinil Francis Yu a few years back. Given where we’re going next, we’ve made the tough call of letting our incredible cast out of their show commitment as we continue to thoughtfully develop all realms of the ‘Jupiter’s Legacy’ saga. We’re confident we’ll return to it later and just want to say thanks to you guys for your continued support and to the cast and crew who made this look so great.”

We’ll let you know what else we hear about this.