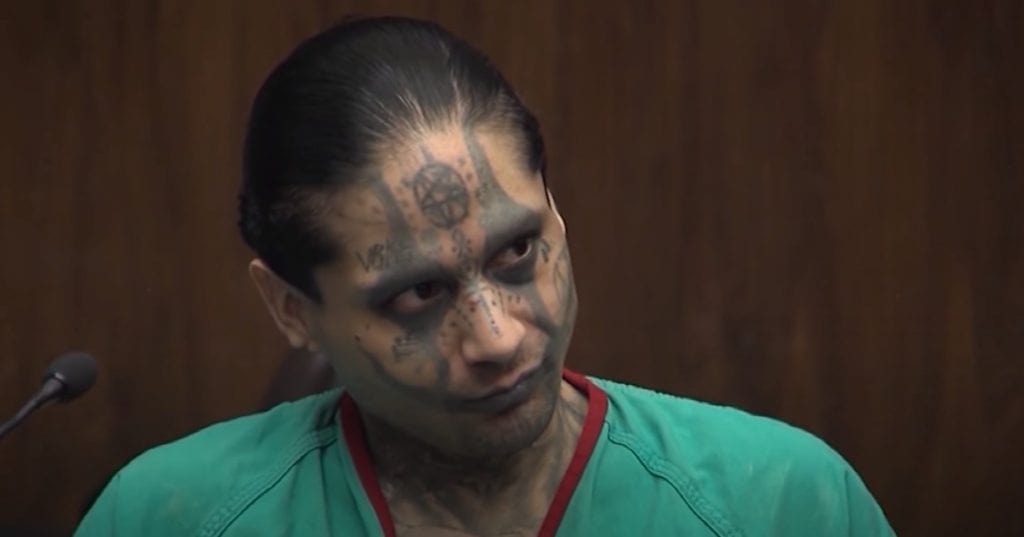 A “self-styled” Satanist serving time in a Central California prison decapitated and dissected his cellmate. This actually happened in March of 2019 but more details are just now surfacing. When Luis Romero was murdered in his cell, guards failed to notice. Jaime Osuna (31) and Romero (44) were each serving their sentence at Corcoran State Prison.

An investigation into the event says that the guards lied on their initial report.

When investigating what had happened, reports showed that the guards on duty that night reported both men alive in the cell. This means the either failed to actually do their rounds, or they really weren’t paying attention. The report comes from the inspector general’s office and was currently released to the public.

Officials are now investigating as to why Romero was in a cell with Osuna in the first place. Osuna had a history of attacking his cellmates, and should not have been cohabitating with another inmate. One of the reports also faults the California Department of Corrections and Rehabilitation for administering a shoddy investigation, and putting off disciplinary action against the guards.

The report shows that the event was hidden by a white sheet, which was hung on the cell bars. That is proof in itself that the guards were not doing their duty. Romero’s family is now seeking restitution for his murder. But that’s not the only reason for the lawsuit, as information about the case was NOT made readily available to the family.

Attorney Justin Sterling said, “The idea that my client had to sue in order to get basic questions answered about her son’s death is disheartening.”

Osuna plead not guilty and a judge has ruled he was not competent to stand trial for Romero’s death.