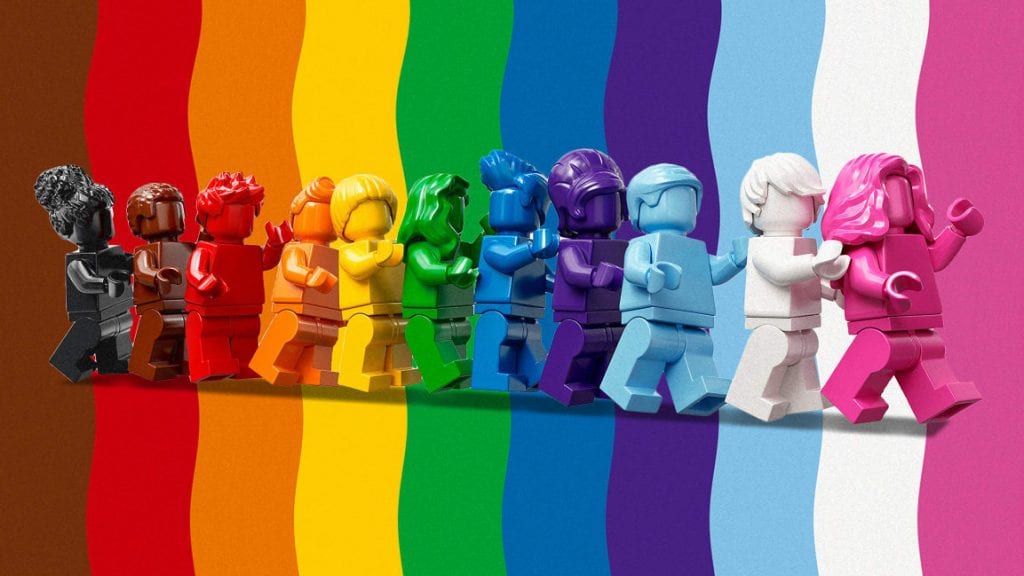 Everyone Is Awesome LEGO LGBTQ+ Set Coming for Pride!

There is a new LEGO set that people can get excited about. In honor of Pride Month, the company will start selling an inclusive set that represents each part of the LGBTQ+ community. Centered around the colors of the LGBTQIA flag, each figure is made to be genderfluid. It’s really up to the person playing with the set to decide what they see.

Matthew Ashton, Vice President of Design at LEGO, had a version of this set on his desk before the project was even thought of. He says that he wanted to create a set that celebrated the LGBT community. When he heard that LEGO was interested, he presented them with the Everyone is Awesome set. It represents not only people on the LGBT colors, but also includes black and brown. He’s included those colors to highlight the struggles that queer people of color face.

Ashton says that he was bullied growing up not only by other kids but by adults as well. “I was quite effeminate as a kid and was constantly being told to man up, toughen up. In all honesty, I think those adults were doing that to protect me. But hearing that made me retreat into myself a bit.”

“If I’d had somebody alongside me that gave me something like this, saying this is a token of how much you mean to me and I’m there for you, something like that would have meant so much to me,” he says.

I know that if I saw this in someone’s house on display it would help me to recognize that it was a safe space. It’s also a great teaching tool that shows that everyone no matter what their sexuality or identity is important.

Pick up your own Everyone is Awesome Pride set on LEGO.com.