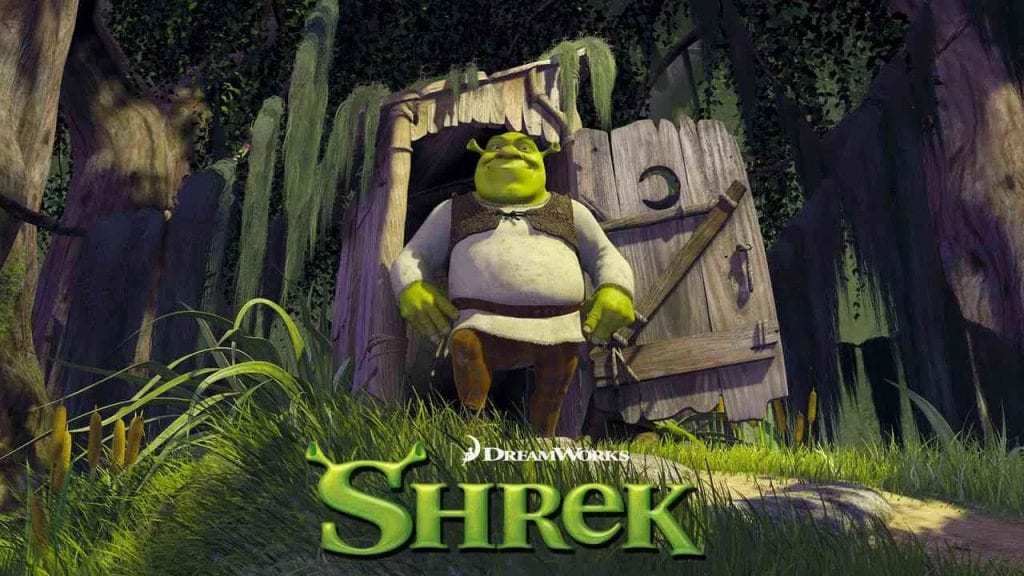 20 Years Later: A Look Back at DreamWorks’ “Shrek”

It’s as unnerving to write as it is hear, but yes, “Shrek” is now 20 years old. It doesn’t feel THAT old particularly because it has never really left the forefront of the cultural zeitgeist. Since its massively successful release, “Shrek” has spawned 3 sequels, two holiday specials, a spin-off film, and a stage musical. There’s probably even more that the original film helped kickstart, but those are the main highlights.

The franchise has spent much of the last two decades remaining in the spotlight, and despite many of those outings not always being able to capture the magic or stand the test of time way its predecessor has, “Shrek” remains a classic, and has been canonized as such by being entered in the Library of Congress. There’s really no denying the cultural impact the film has had, both on children and adults alike. Even after 20 years, “Shrek” is still a fantastic film for all.

Perhaps the most amazing thing about “Shrek” is how chaotic the film was behind the scenes. Shockingly, the film is more of an accidental success than a surefire hit, the later being a result of the stars aligning and tapping into the pulse of consumer identity at the perfect time.

For instance, Chris Farley was originally suppose to be play the role of Shrek. I don’t just mean he was up for the role and had to drop out, either. I mean he recorded almost all of the lines, unfortunately passing before the project could be complete and his voice work could be used in the final cut. It is wild to image the kind of film we would have gotten with Shrek being played by Farley, and how unimaginably different it would’ve been had he been able to complete the film. Additionally, the film was originally slated to be a live action/CG animated hybrid film, but was abandoned due to abysmal test screenings. Again, I don’t mean this in theory, I mean a large crew was hire and year’s worth of R&D was done to create this hybrid. Again, an unrecognizable idea that would have resulted in far less remembered and beloved film.

Now, some may be inclined to look back at “Shrek” and discount its impact, sighting the fact that while wildly successful, in the end it didn’t save DreamWorks as a standalone studio, Mike Myers still had a hard expiration date, and famed producer Jeffrey Katezenberg (who much of the voice cast joined the project specifically to work with) ended up leading the charge on the now defunct Quibli. Sure, all of those things happened, but all of them are unfair to not only put on “Shrek” but also have no bearing on whether or not it is a good film or not. In that regard, none of those critiques hold any water and should be discarded as irrelevant arguments. Saying “Shrek” isn’t a good movie because Mike Myers isn’t relevant anymore is weird hill to die on, and makes you sound like a bitter old man who’s constantly asking teenagers to turn down the music and get off your lawn. “Shrek’s” place in time is cemented by more than where those involved ended up, and on the premise of just being an enjoyable, timeless fairy tale film with a twist, it absolutely holds up.

We have to remember that “Shrek” came out at a time where everyone was trying to copy the Pixar model. Much like today where everyone is desperately trying to recreate the MCU without really understanding its key success first, things like “Antz” failed to capture the magic of “A Bug’s Life,” despite being virtually the same film. What “Shrek” gets right is part of that Pixar magic, relying heavily on the balance of adult humor with children’s fairy tales and tapping into the simply themes of being yourself and finding value in friendship and love. While cliche as hell and perhaps somewhat hollow and recycled on paper, when executed with care those things can resonant with audiences no matter how many times we’ve seen them. “Shrek” does that, and does it well while showcasing talented writing and voice casting. It remains quotable, memorable, and clever in its approach, and paved the way for things like “The Lego Movie” and “Spider-Man: Into The Spider-Verse.” Much like “Toy Story” reinvented animation, “Shrek” has to be given credit for delivering on a similar level while pushing the limits of humor and hipness within a film intended for children.

Regardless of whether or not you think consistent innuendo and fast talking buddy cop banter are things that deserve decades of praise, the fact remains that “Shrek” set the bar for what you can do in animated films. That’s not to say the genre didn’t have any of these elements prior to the film, just that “Shrek” managed to elevate in such a way that it became more accessible than many others that tried to do the same. The jokes still land, the play on fairy tales and fairy tale characters, and Donkey and Shrek’s back and forth really never gets old. Seriously, Eddie Murphy’s Donkey always reminds me of just how good Murphy still is. Sure, he doesn’t have the same clout he had during his meteoric rise, but “Shrek” brings out the best in his, and paired with Myers ends up bringing out the best in both of them.

The fact remains that after 20 years, “Shrek” still holds up. It’s still charming, funny, and a damn good movie even if some of the animation starts to show its age in some places. I truly believe that “Shrek” will be looked at with the same reverence and analysis in 50 years as something like “Cinderella” and “Snow White.” It remains at the forefront of storytelling and animation even if that story is a common one and we’ve improved drastically in our digital age.

If for nothing else, “Shrek” launched Smash Mouth into the stratosphere of superstardom. I’m not entirely sure if that’s a good or bad thing, but it is a fact that even the band recognizes and has made peace with. Hell, “All Star” appeared in two other 90s films prior to that, and while I enjoy both of those films, nothing really shouts “Hey now, you’re All Star” like “Shrek.” They are forever unequivocally tied together; watching “Shrek’s” opening scene has you singing along and hearing the song makes you think of “Shrek.”

Yes, “Shrek” deserves its iconic status after 20 years. It may be a simple, recycled story on the surface, it has stood the test of time and will continue to do so as the decades continue to pass.