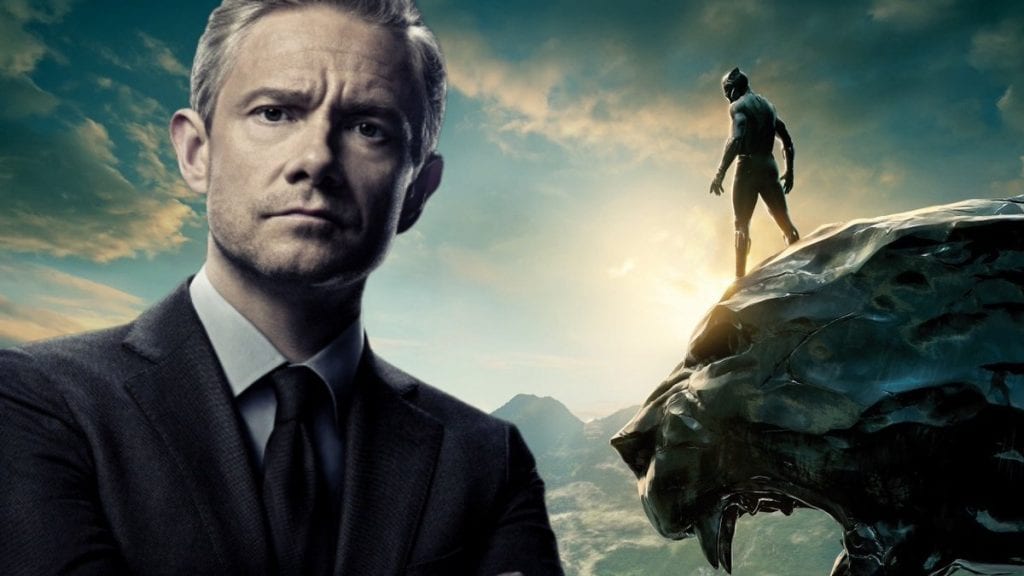 During a visit to “The Late Show with James Cordon,” Martin Freeman opened up a little bit about the upcoming “Black Panther: Wakanda Forever” film. As you’ll recall, the world lost a great light when Chadwick Boseman, who brought the Marvel Comics character to life, lost his long and private battle with cancer. The world was in shock, and grieved his passing.

Plans for a sequel however were not deterred, and director Ryan Coolger assured fans that the next film would honor Boseman’s legacy. There has also been multiple assurances that Boseman’s character T’Challa would not be recast.

In “Black Panther,” Freeman played CIA agent Everrett Ross, attaché to important foreign persons, and general protector of diplomatic interests. During his visit with James Cordon, Freeman spoke a bit about his conversations with Ryan Coogler about a sequel, and sort of reassured fans of both the character and the actor behind “Black Panther.”

“I had a Zoom call with Ryan Coogler, the director and co-writer about seven or eight weeks ago, I suppose. He sort of meticulously took me through all of my character’s beats in the film. He took me through the film, but incorporating my character’s beats. And some of it was really very odd. And I think [Coogler] could see from the reaction on my face to some of the things he was saying, my face must have been going [shocked face] like that, because he kept sort of stopping, and he kept going, ‘Stay with me, but this is going to work.’ People are in for, I think, a real treat. I mean we’ve not done it yet, who knows, we might make it awful. But, I’m hoping we won’t, I’m hoping people are going to be in for a treat. Obviously, the hope is we do the first film justice and we do Chadwick’s legacy on it justice and make, hopefully, another good film.”

You can see the full interview below.

“Black Panther: Wakanda Forever” currently has a release date of July 8th, 2022. We are expecting that to change, however, as filming hasn’t started yet. We’ll keep you updated.