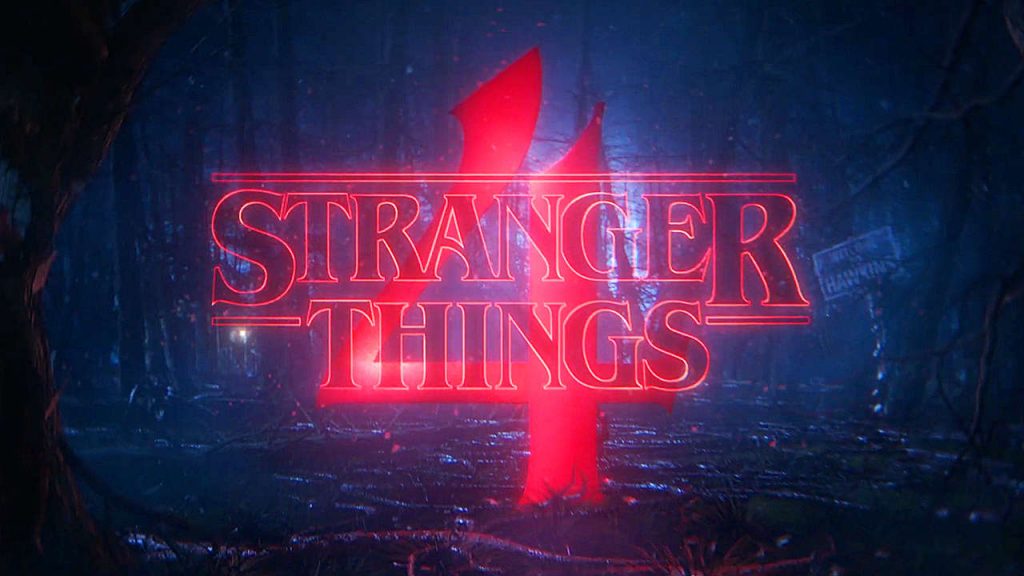 Finally, the fourth season of “Stranger Things” is set to return to Netflix, likely arriving on the streaming service in the spring or summer of 2022. One of the flagships of Netflix’s self-made shows, “Stranger Things” first hit streamers everywhere in July of 2016. While season four was originally set to release in the fall of 2020, like everything else it was pushed back due to the slight international pandemic going on.

While the season’s production is not yet complete, let’s dive into everything we know about the upcoming season and the future of our favorite Hawkins residents.

What Will The Story Be About?

Season four consists of a total of eight episodes, just like the first and third seasons. The first episode is titled “Chapter One: The Hellfire Club”, and is written by the Duffer brothers, who are the leads of the entire series.

Now, let’s get into the actual storyline for season four.

Season three left us with a few cliffhangers and a few major changes.

One major change was that the Byers’ correctly decided that maybe, just maybe, they needed a change of scenery and left Hawkins, moving to brighter pastures elsewhere. That means Joyce, Jonathan, and Will are no longer in the Hawkins area, and they took Eleven with them.

But the Hawkins ties run deep, and all of them have ties to the town. Jonathan has his love for Nancy, who is still in Hawkins. Will has his friends and their shared experience with the Upside-Down, as does Eleven. Joyce and Hopper just got together before

The odds of that family staying out of Hawkins for long is low.

Perhaps the biggest cliffhanger at the end of season four was the reveal that the Russians also have access to the Upside-Down and appear to have tamed a demogorgon. We saw from Dustin’s relationship with D’Artagnan that demogorgons appear to be able to form bonds with people either for good or for bad.

This season will probably delve deeper into the Russian link to the Upside-Down, as they appear to be trying to invade the US through these portals, and an army of trained demogorgons would tilt the odds in their favor.

Another thing that was brought up in season three was the appearance of other experiments, most notably Eight, who like Eleven had amazing powers. She can create illusions in other people’s minds. These other experiments are likely to play a bigger role in season four, with producer Shawn Levy saying that the world will know more than just Eleven and Eight.

While most of the season’s story arc is under wraps, it looks likely that the Russians will play a big role, Brenner and his experiments will come to the light, and as David Harbour himself said, “I know specifically that in Season 4 we will give you a big, huge reveal about Hopper’s backstory.”

We’re excited, to say the least.

What Year Is It Set In?

So far, every season of “Stranger Things” has taken place a year apart, and we can assume that this upcoming season will be more of the same.

While the year gaps certainly haven’t affected the story in the past, it will be interesting to see how the writers and directors play off the massive growth spurts that many of the main actors have gone through since season three. Kids grow fast, and just because they’re actors does not change the fact that the main group of friends have been growing the entire time that production has been pushed back.

Netflix dropped a teaser trailer for season four a while back (more on that at the bottom of the article), and in it, there is someone who a Russian voice refers to as “The American”.

Yes, it seems likely that our good friend Hopper is the American in question.

Just to jog your memory, at the end of season four Hopper disappears as Eleven uses her powers to close a massive portal that scientists opened up into the Upside-Down. It appeared to Eleven and the others that Hopper had died, disintegrating like the others who were hit by the portal opening machine.

However, eagle-eyed viewers noticed that Hopper did not disintegrate like the others caught in the machine’s rays and instead simply disappeared. This led to the conspiracy that Hopper was not actually dead but had simply been transported into the Upside-Down.

The reference to “The American” leaned into the conspiracy, with fans thinking that Russians had found Hopper in the Upside-Down and now held him captive.

Those well thought-out conspiracies seem to have been confirmed with the presence of David Harbour – who plays everyone’s favorite small-town sheriff – on the set of season four.

While he could technically just be filming flashbacks or force-ghost-like projections, our money is on Hopper being alive and well and possibly trapped in a Gulag in season four.

At the end of season three, Eleven uses her massive telekinetic powers to close the gate to the Upside-Down. In the process, she pushes herself like never before and appears to have drained herself of all of her powers in the aftermath.

So there is the question of whether or not Eleven will have powers coming into season four. While there has not been any official news on that front, if we had to guess, we would put our money on Eleven – last seen leaving Hawkins with the Byer family – starting off the season coming to terms with her lack of powers before eventually regaining them when they are needed most.

Those powers are too cool to just throw away if you are the Duffer brothers.

Do Filming Locations Give Anything Away?

Filming was done extensively in Vilnius, Lithuania, where all of the scenes set in Russia were filmed. They have since wrapped filming there and taken their talents back to Atlanta, Georgia.

Atlanta has been heavily featured in the show, with much of Hawkins, including the video game arcade and Hawkins High School – Go Tigers! – based there.

As well, the production went to New Mexico to film in December of 2020, meaning a new location will be added to the show.

Are there photos from the set?

While most of the production has been kept under some pretty heavy wraps, there have been photos taken at all of the sets. Not much has been given away by them, as they mostly contain the main cast members hanging out around their usual Hawkins haunts.

Do the locations give any hints about the plot?

While most of the locations are pretty run of the mill for “Stranger Things“, there are a few locations that raise little flags about the plot.

As mentioned above, Vilnius, Lithuania is where the plot points in Russia were filmed. As there was “extensive filming” done there, it confirms that Russia will be a major plot point in the newest season.

The filming in New Mexico is a bit more of a mystery. Perhaps the location where the Byers move to is found in New Mexico (or at least somewhere that looks like New Mexico), or maybe Eleven finds more experimental kids in a new place.

Whatever the case may be, any location is a good location when it comes to “Stranger Things“!

Which Cast Members Will Return for “Stranger Things” Season 4?

All of the main cast is set to return for season four with one major exception.

Dacre Montgomery, who played Billy in season three, has not been spotted on set or listed on anything to do with the upcoming season. While we are sure that is tough news for Mrs. Wheeler and the other moms around Hawkins, it should not come as any surprise that Montgomery will not be returning. He literally died last season.

However, everyone who dies does not stay dead, as we have learned from basically every single comic book movie over the last decade or so.

An interesting character who is expected to return also died in past seasons and yet has been seen in some scripts. Dr. Martin Brenner, who is portrayed in the show by Matthew Modine, is one of the main villains of the series. He also appeared to have died in the last season, but there are rumors that he might not stay as dead as poor Billy boy.

Who Are The New Characters this Season?

There have been a few confirmed additions to the cast for the upcoming season. The first is Tom Wlaschiha – best known for his role as Jaqen H’ghar, the faceless assassin from Game of Thrones.

As the early part of the season is mostly set in Russia, it looks like Wlaschiha will probably mostly appear in the earlier half of the season as a key figure in the Russian storyline.

Another new addition to the cast was Agents of SHIELD star Joel Stoffer, who is set to play a small but important role in the new season. Other actors coming to the show are Robert Englund, Eduardo Franco, Jamie Campbell Bower, and Joseph Quinn, all of whom will make up various characters in both Russia and Hawkins.

It looks like the Russia storyline will be quite large, with Russian spies possibly spilling into the quiet town of Hawkins as a result. The “Stranger Things” production team put out a casting call for people over the age of 18 “wanted to play Russian types, gymnasts, and more.”

On top of all of those additions, there are supposed to be three new teens who join the main cast as larger B characters. Those could be new love interests, friends, or possible enemies like Billy in season 3, but whatever they end up being, all we can say is this cast is growing quicker than our favorite quatro of friends in Hawkins.

Is there any “Stranger Things” Season 4 merchandise that gives any hints?

Nothing has been released at the time of writing. However it would be worth keeping tabs on a site like Nerdythings for potential spoiler giving season 4 merchandise.

Are There Any Trailers Out?

Sadly, no official, full-length trailers out yet.

However, there was a teaser trailer that came out in February of 2020. It takes place entirely in a Russian prison camp, no words are spoken, and it ends on a shot of Hopper, alive and only a little worse for wear.