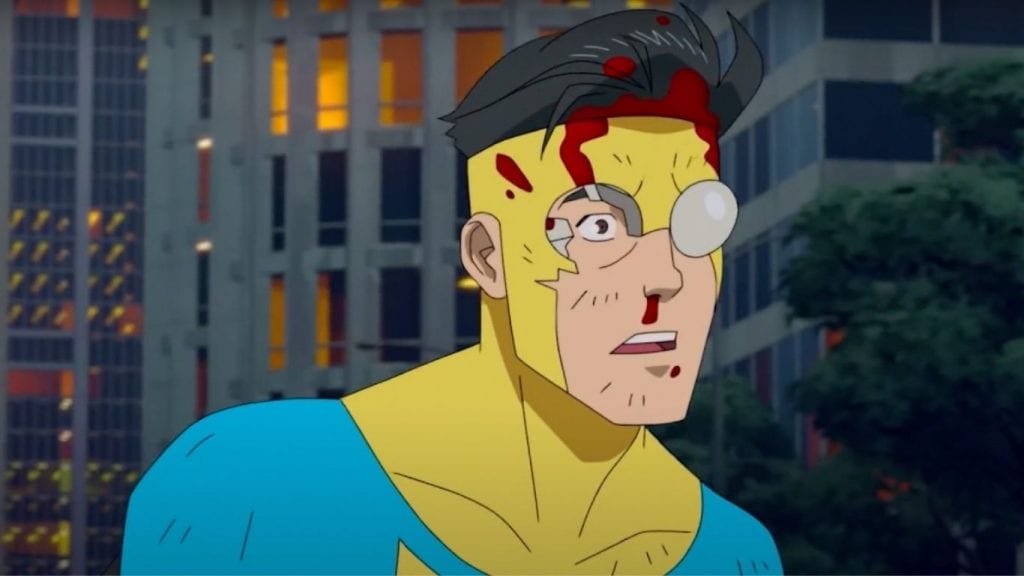 It’s been one hell of a journey for Amazon Prime’s “Invincible.” A long championed story by comic fans and immediately intriguing to new ones, the show brings all the violence of something like “The Boys” to Saturday morning cartoon tropes. It perfectly blends over the top brutality with teenage angst, balancing the struggles of heroism with the struggles of being a high schooler. While “Invincible” may seem like an outright derivative of other superhero works like DC Comics, its execution demonstrates both an homage and critique of the genre itself, and is unwavering in its attempts to tackle the more nuanced and complex questions of superheroes themselves.

The entire first season of “Invincible” is consistent in its narrative and themes, and ends in both blood and heart as well as leave fans eager to consume the confirmed seasons 2 and 3.

There’s no point in droning on and on about how great “Invincible” is and why you should be watching it. Everything about the show, from its voice cast to its calculated yet over the top execution are all top notch, feeling like a completely realized vision come to life. I don’t even know that I can find a flaw with the show, as it delivers on just about every single thing it sets out to do. Want an animated superhero story that sparks teenage nostalgia? check. Want a darker, more complex look at DC type heroes and villains? Check. Want incredible talent behind every single character? Check. Need compelling subplots, cohesive narrative, and consistency throughout the entire show as well extreme violence assaulting your eyes when you least expect it? Check, check, AND check. “Invincible” is truly all in one, and even if we were to nitpick just to appear balanced, none of it detracts from the show’s many, many strengths.

What really gives “Invincible” its power is its heartfelt story telling beneath the surface. Episode 8 (season finale) leans in on this heavy, driving home the primary themes that have made the show work from the beginning. Without sounding trite or like I’m quoting Dominic Toretto- “Invincible” is at its core about family.

Even characters with infinite power and higher callings are still drawn to family; drawn to their loved ones and their children to lengths they may not even realize until it’s too late. It is also about extended family, about the friends you need more than you think, and the lengths people will go to save those that they care about. All of this sounds incredibly heavy handed on paper, but “Invincible” is brilliant in its execution, opting to disguise many of these trope heavy themes under extreme violence. Hell, the majority of the last season finale is a long, expository monologue delivered by Omni-Man (JK Simmons), but it is punctuated by destruction and cringe worth violence even when it’s animated. Despite everything that is delivered visual and for all its parody/critical examination of the superhero genre as a whole, “Invincible” manages to never lose sight of its message, allowing all of its brute force elements to resonate with actual meaning.

This execution is what makes “Invincible” stand out as one of the best shows on television and stand above an already crowded genre. There is most certainly an atmosphere of superhero fatigue, with just about every property in existence desperate to capitalize on the MCU success. “Invincible” manages to feel wholly familiar and strangely unique, delivering the same old superhero story with different conclusions and questions. The show is both comforting yet refreshing, perfectly balancing every element it packs in to each episode. “Invincible” grabs ahold of you and never lets go, even down to its final moments. Even if you’re not fully invested the way others are, it’s hard to deny just how much it demands to be watched from start to finish.

The long and short of it all is that “Invincible” is one of the best shows on television right now, and if you’re on the fence it is this writer’s opinion that you need to stop what you’re doing and watch the whole first season right now. “Invincible” ranks as one of the most complete, consistent, and realized shows I’ve seen in the last year, unwavering in its convictions and purpose, brilliant in its execution, and gleefully violent. Yes, “Invincible” is funny, extremely self aware of the space it exists in and the genre it is critically examining. Yes, the show is incredibly violent, often times feeling almost abusive is how badly our hero Mark Swanson (Steve Yeun) is left at the end of just about every single episode. And yet, “Invincible” never loses sight of its true, underlying theme of heart and family, relationships and connections, humanity and purpose.

In age of streaming, the exhausting amount of content has a sense of throwing everything at the wall and seeing what sticks. It is very rare for any one of those shows to stay consistent for a whole season, let alone bring their themes to light in a way that feels purposeful and meaningful. “Invincible” may be a familiar, somewhat derivative story, but underneath its surface it is delivery something truly unique to television as it exists today. Its ability to tell a familiar story in a unique and compelling way is something we haven’t seen in a very long time, and “Invincible” deserves all the praise for being able to do all of this and do it to almost perfection.

Despite all the beatings and bloody endings we leave Mark each episode, the season finale proves that Mark (and the show itself) is truly invincible.

If you’re not watching “Invincible,” you’re doing yourself a disservice. Its bloody yet heartfelt conclusion will leave you distraught, hopeful, confused, and excited for the next chapter all in a span of 40 minutes. You can catch season one on Amazon Prime Video.