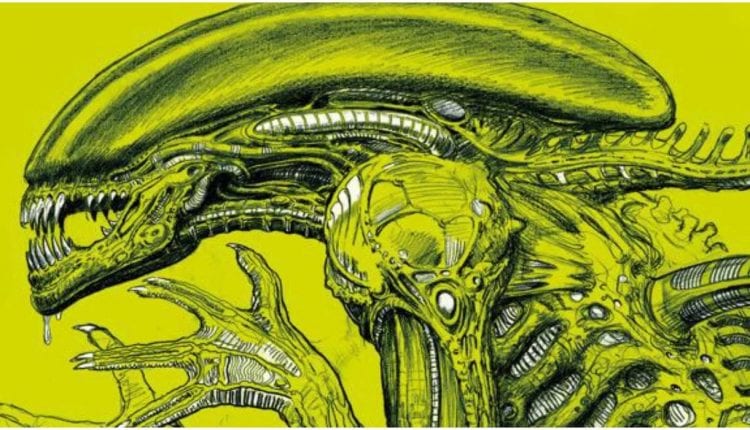 The long and storied making of “Alien 3” has gone down in history as one of cinema’s greatest blunders. With multiple scripts, countless rewrites, professional disagreements and outright lies, many involved say the Sci-Fi Horror sequel was always doomed to fail. The final film, directed by David Fincher and panned by critics and fans alike, was an infamous entry in film history, killing off fan favorite characters and never really finding a place even in cult circles.

The first writer to pen a sequel to the 1986 Sci-fi action smash hit “Aliens” was William Gibson. It was said to be a heavily action-based script far more like its predecessor. Many who read it say that Gibson’s script was a far superior work to the final film that was released. But due to several factors, including the WGA strike and perpetual meddling by producers, Gibson would choose to walk away from the project instead of make the regularly demanded rewrites. The script was scrapped entirely, and thus the well documented meat grinder of new scripts and rewrites began anew.

Gibson’s script has often been referred to as a sad casualty of studio meddling, and has previously been the basis for a comic book series, and an audiobook featuring Michael Biehn, Lance Henriksen, and more.

Gibson’s script is seeing the light of day anew, bursting from the chest of its old guise into new life as a novel from Titan Books. “Alien 3: The Unproduced First-Draft Screenplay by William Gibson“ is coming this summer. Writing the adaptation into novel form is the Queen of Cyberpunk herself, Pat Cadigan.

Titan’s description for the release reads:

“William Gibson’s never-before-adapted screenplay for the direct sequel to {{10}}, revealing the fates of Ripley, Newt, the synthetic Bishop, and Corporal Hicks. When the

The Sulaco, on its return journey from LV-426, enters a sector controlled by the “Union of Progressive Peoples,” a nation-state engaged in an ongoing cold war and arms race. U.P.P. personnel board the Sulaco and find hypersleep tubes with Ripley, Newt, and an injured Hicks. A Facehugger attacks the lead commando, and the others narrowly escape, taking what remains of Bishop with them.

The Sulaco continues to Anchorpoint, a space station and military installation the size of a small moon, where it falls under control of the military’s Weapons Division. Boarding the Sulaco, a team of Colonial Marines and scientists is assaulted by a pair of Xenomorph drones. In the fight Ripley’s cryotube is badly damaged. It’s taken aboard Anchorpoint, where Ripley is kept comatose. Newt and an injured Corporal Hicks are awakened, and Newt is sent to Gateway Station on the way to Earth. The U.P.P. sends Bishop to Anchorpoint, where Hicks begins to hear rumors of experimentation-the cloning and genetic modification of Xenomorphs.

The kind of experimentation that could yield a monstrous hybrid, and perhaps even a Queen.”

“Alien 3: The Unproduced First-Draft Screenplay by William Gibson” is set to release on August 31st, 2021.