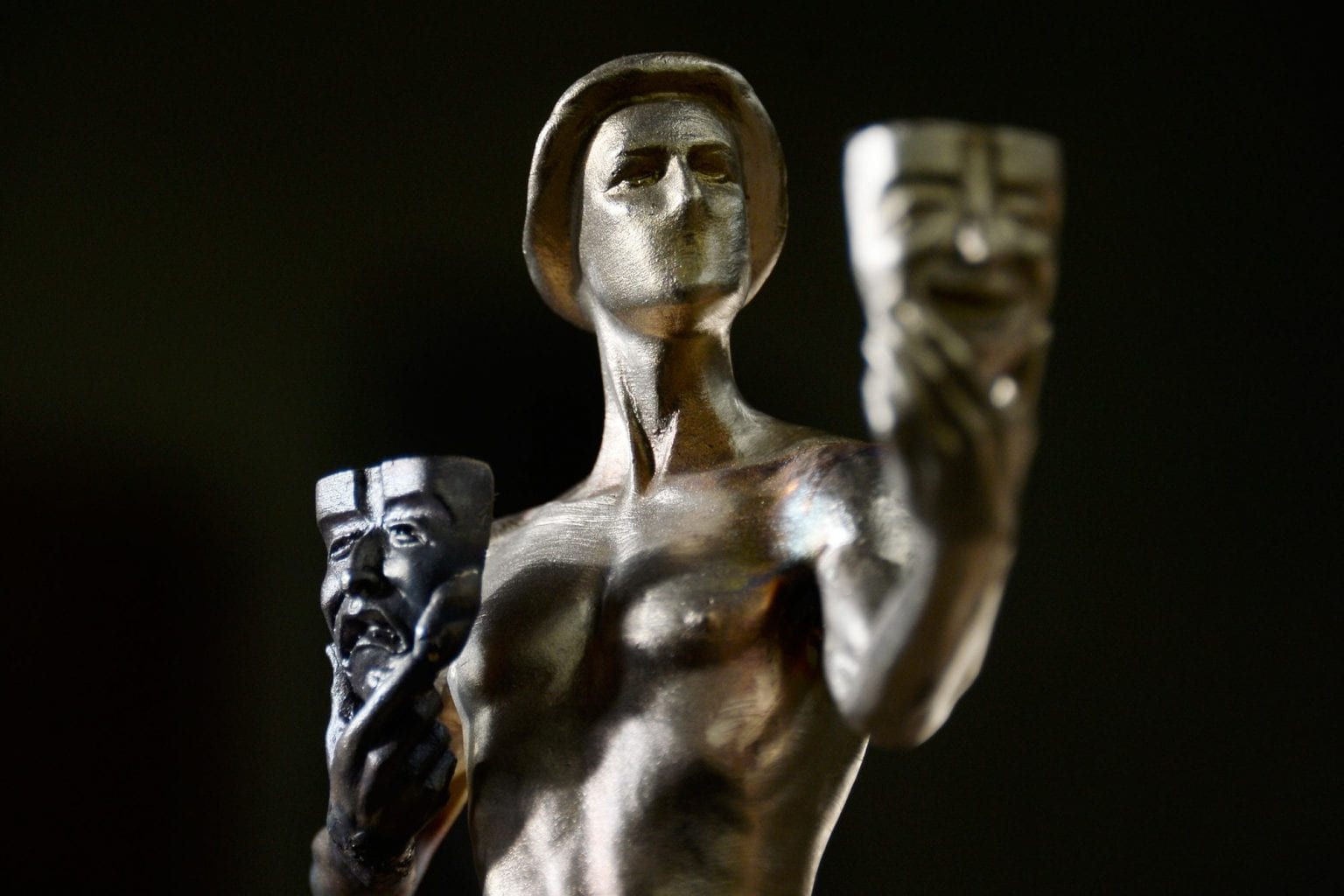 Predicting SAG Award Winners [Without Seeing Any of the Films]

I think it goes without saying that even in the world of streaming, 2020 was a hard year for movies. More particularly, movies up for awards are already difficult to come by in the best of times, usually appearing in limited releases in small, tiny, theaters. Unfortunately, not all critics are privy to screeners and while I’m not above shelling out a few bucks here and there to watch movies at home, it’s still difficult to catch all of the necessary movies up for awards to make reliable- well researched- predictions. None of this can stop me from making predictions anyway, and with the SAG (Screen Actors Guild) Awards set to happen on April 4th, I figured I’d take a few shots in the dark and test my gambles by offering some of my predictions for some of the top categories! After all, what’s life without a little risk?

Wasting no time, this category is packed with critically acclaimed films, all of which sans “Da 5 Bloods” have made their way onto just about every Best Picture list across multiple award shows. There’s a part of me that wants to believe that with 4 out of the 5 films nominated being about and created by POC, one of them should win. My heart is actually pulling for the dark horse “Minari,” highly touted as the possible upset winner at the Academy Awards airing later this month. However, this is STILL Hollywood, and they love their safe picks and critical darlings. This leads me to settle on “The Trial of the Chicago 7.” This movie feels tailored made for awards seasons, and has enough of both rebellion and establishment to garner votes casts from both millennial and boomer generations.

This is a tough one. It’s one of the most competitive categories with stellar performances (so I’ve been told) from just about every single actor on this list. The safe pick would be Gary Oldman for “Mank,” as the film and everything about it is your classic meta Hollywood lovefest that award shows absolutely can’t get enough of. Then you have Chadwick Boseman who’s probably due for a posthumous award and is up for so many awards this year he’s bound to get one of them. But I’m going to go out on a limb with this one and pick Riz Ahmed for “The Sound of Metal.” First, I just absolutely love him as actor and feel he deserves some recognition for his incredible performances already. But second, I would love to see the first Muslim snag a best actor award, if for nothing else but true diversity’s sake.

My Pick: Riz Ahmed for “The Sound of Metal.”

This one should be easy; Carey Mulligan for “Promising Young Woman.” I know the content of the film is unsettling, but I think it’s high time we credit films that tackle necessary topics and subject matter in such a bold way and give the actress her due for doing it so damn well. This one is on my list of must see before the year is out, and while Francis McDormand for “Nomandland” is the sure, safe bet, I’m willing to risk it on all on a film that does the same. I’ll be the first to admit that I’m probably wrong here and it’ll end going to McDormand, but I’m pulling for Mulligan and hoping the underdog bet pays off big.

If the SAG Awards really wanted to send me into a rage, they give the award to Jared Leto for “The Little Things,” a baffling nomination that should be scrapped and replaced with pretty much anyone else in any other movie. That snub aside, this one really comes down to Daniel Kaluuya for “Judas and the Black Messiah” and Chadwick Boseman for “Da 5 Bloods.” Again, Boseman is bound to get an award this year, but I’m not entirely sold on the idea that it’ll be here at the SAG awards. It’s probably wrong to hold out to pick him until the Academy Awards, but I think Kaluuya is gonna go ahead and snag this one up.

My PIck: Daniel Kaluuya for “Judas and the Black Messiah.”

This will probably be the most confident pick of the night; Maria Bakalova for “Borat: Subsequent Movie Film.” This is a break out role for any actor, and Bakalova literally makes the movie from start to finish. While everyone else deserves their nomination (except for maybe Glenn Close) it’s Bakalova that has made the most noise and praise, and the film wouldn’t even be in the discussion if it wasn’t for her performance.

So there you have it, my picks for all of the big film categories for the SAG Awards. I have specifically omitted listing my picks for the Television portion of the nominations because it wouldn’t fit with the title of the article and I wouldn’t be shooting shots in the dark.

I’ve seen many of the shows nominated, and can make a much more educated prediction for winners. A quick speed round though: “The Crown” for best Drama Ensemble, Gillian Anderson for “The Crown,” “Schitt’s Creek” for Best Comedy Ensemble, and anything for “The Queen’s Gambit.”

What are you predictions for the SAG Awards?