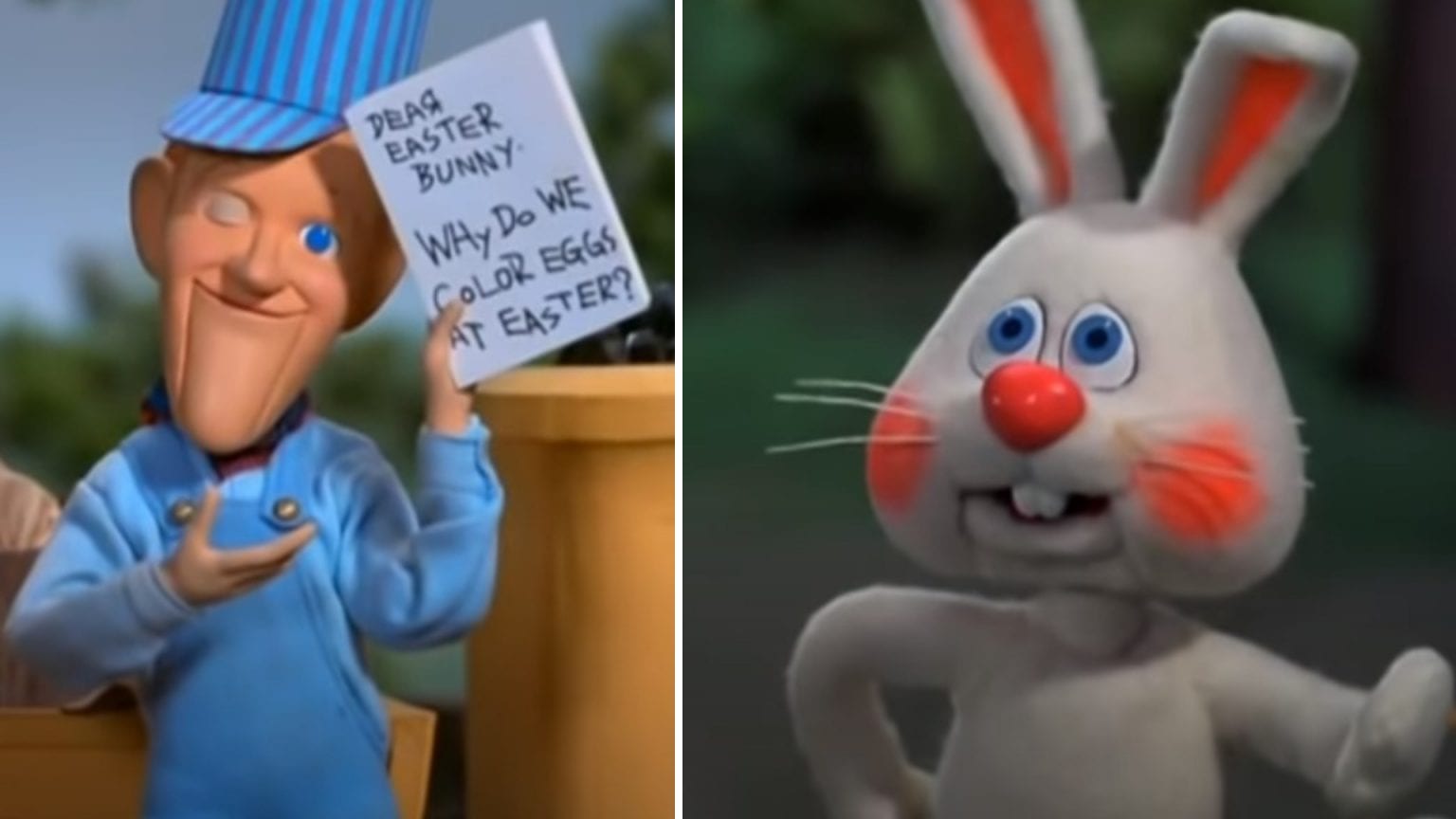 Who Remembers “The Easter Bunny is Comin’ to Town” from 1977?

The movie had just enough religion in it so that Christian parents or wannabe Christian parents (like mine) would show it to their kids when it broadcast. But it wasn’t really about that at all. The movie says that in the beginning “Everyone worshiped God in their own way.” Leading up to finding Sunny the Bunny and him growing up in Kidsville.

When they find Sunny, it’s really the cutest part of the movie. Imagine children everywhere watching this special and then sitting for 50 minutes all because they saw a very cute abandoned baby bunny. Because that’s really what happened with a lot of us who empathized with things on television did.

Eventually he grows faster than the kids- because that’s what rabbits do- and starts wanting to export eggs. Not really for any reason other than he just wants to. They even have a town meeting about it which is a weird scene in itself.

He comes upon a character named Hallelujah H Jones, who’s some kind of homeless traveler man. Here’s a good example of what I mean when I say “just enough religion” by basically inserting buzzwords that parents would want to hear in the background while they continued making Easter dinner. Anyway it’s after meeting Hallelujah that Sunny decides to export his eggs to Town Town.

Town Town is very similar to the town in “Santa Claus is Comin’ to Town” in that there is a ruling power who apparently doesn’t like happiness. Everything is gray and no children are allowed. Once a family has kids they have to move out. In fact, the only kid there is King Bruce who is taking orders from a crochety old dowager.

What traditions are shown in the film?

The film shows how many Easter traditions came to be. Or it at least makes up interesting theories. Like when Sunny the Easter Bunny dip dyes the eggs to get past the bear on the way to Town Town. Also, Jelly Beans are invented in the movie, which smells to me like someone had a sponsor when creating the film.

There’s even a sentimental part where Sunny and Bruce give the dowager Lily an Easter Lily where you can see she’s a deeply depressed human being. Everything starts to make sense as to why she was so evil. It’s really quite sad that the whole reason she was messing things up was because she was just sad.

If you were worried there wouldn’t be any musical numbers the film doesn’t let you down. It has songs from “What Came First The Chicken Or The Egg” which features kind of a religious theme, but not really where all the chickens ponder what actually came first. A song about cavemen trying food for the first time which is a little Adam and Eve inspired. And a few more, one where they give the mean old bear a gift and he gladly accepts and another where a train is sad with the “Trainyard Blues.” There may be even more than this, but these for me were the most memorable.

Where can you watch it?

If you’ve never seen it it’s a good movie to put on while family is over. Currently it’s on YouTube on a channel called HolidayFavorites. You can watch the movie by expanding the window below or just clicking on the YouTube link at the bottom.