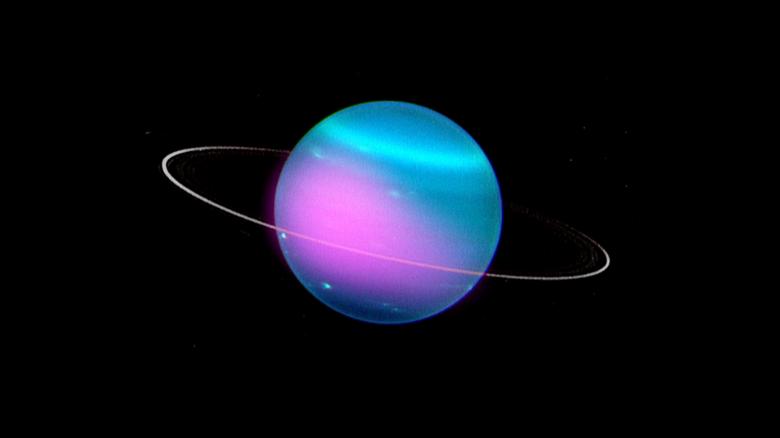 Excuse Me But Unusual X-Rays are Emitting from Uranus

X-Rays have been found coming from Uranus, and now scientists want to explore further. In a new study where two visuals were compared Astronomers noticed that there was a clear detection of X-ray lights coming from both. In one it looked to be a steady stream and in the other a possible flare.

The photos were taken by NASA’s Chandra Observatory in 2002 and 2017. Scientist say the most likely cause for the X-rays is the Sun because both Jupiter and Saturn also scatter x-ray light given off from it.

NASA says that though the theory checks out partially, not all of the activity can be explained. They’ve called for scientists to look into it for more detail as to why this is happening.

“While the authors of the new Uranus study initially expected that most of the X-rays detected would also be from scattering, there are tantalizing hints that at least one other source of X-rays is present,” according to a NASA release. “If further observations confirm this, it could have intriguing implications for understanding Uranus.”

NASA says that one other explanation could be that the X-rays are coming from the rings themselves, which is the case for Saturn’s rings.

Though X-Rays have been detected in other planets, this case is rare due to the fact that Uranus is an ice giant. If they can pinpoint why this is happening they will have a better idea about the atmospheric, surface and planetary ring composition. Uranus is an interesting target for X-ray analysis due to the odd orientations of its spin axis and its magnetic field.

Read more about these strange X-Rays from the Journal of Geophysical Research.