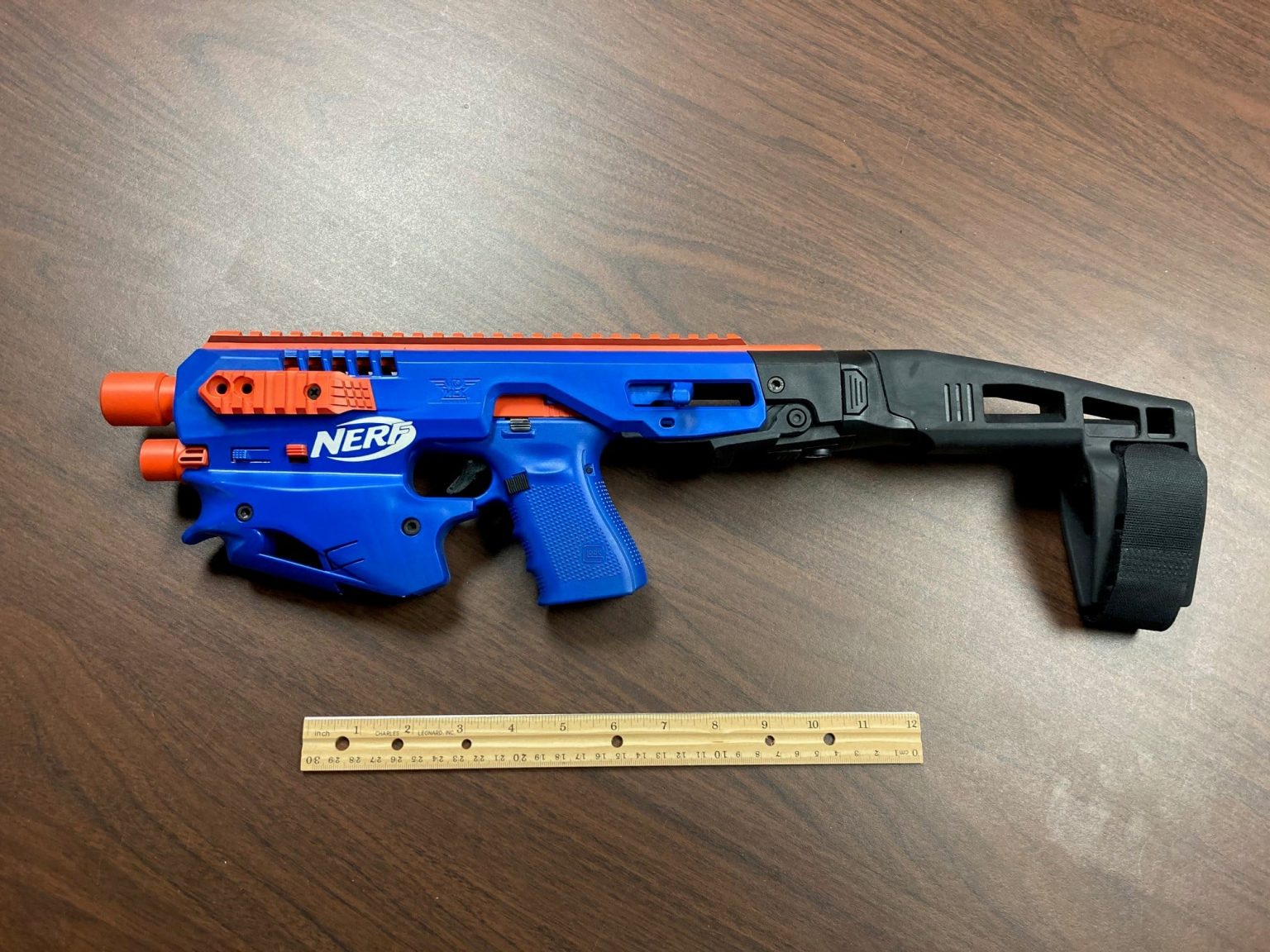 Catawba County Sheriff’s Office in North Carolina say they found a firearm designed to look like a child’s toy. The gun was found during a warranted drug search. A converted Glock model 19 pistol with a fifty round drum magazine had been altered to resemble a toy Nerf gun.

The police involved were Narcotics Investigators with the Catawba County Sheriff’s Office, Hickory Police Department, and the Newton Police Department. During the search they seized cocaine, psilocybin mushrooms, and marijuana in addition to $2,300 and 20 other firearms.

35-year-old Catawba resident Damien Alonzo Burch was taken into custody after the raid. He’s been charged with felonies of possessing cocaine and mushrooms, as well as a misdemeanor of possessing marijuana. He appeared in court March 18th and was issued a $20,000 bond.

The fact that the gun was made to look like a Nerf toy is the most concerning part. There’s already a problem with police mistaking toy guns as actual firearms. Finding these weapons disguised as Nerf guns could present an even bigger problem. Now there could be even more of an issue of identifying a threat in the future.