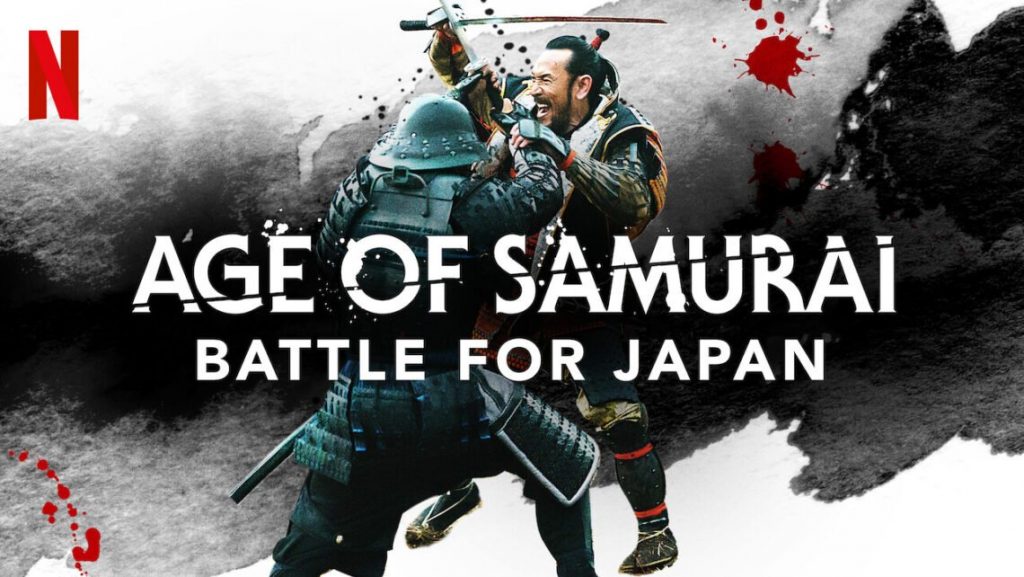 I’m not entirely sure how it happened, but despite my incredibly busy schedule and heavy project plate, I managed to catch up on a number of docuseries that caught my attention but I watched for the sheer love of watching things. I rarely have the opportunity to watch something without the ulterior motive of reviewing later, so I truly relish the rare times I get to turn my critical brain off and simply enjoy the stories unfolding in front of me.

Alas, old habits die hard, and despite my best efforts I have succumbed to the nagging need to review it all anyway. Rather than review each one individually, I’m simply going to list the latest ones I’ve watched in a single review, allowing you to pick and choose which ones catch your fancy. None of them are the same, so there’s probably something for everyone here. If you’re in to Docuseries, here are some solid suggestions!

Remember when the History channel used to have historical shows? You know, ones that go in depth into the past and advance your learning about the world without attributing everything to aliens? Well, “Age of Samurai: Battle For Japan” on Netflix is a welcomed return to form in that regard. “Age” is a detailed examination of the history of feudal Japan and how it was reshaped from a land in constant war into a prosperous, united nation.

Full disclosure, this is NOT a romanticized retelling of the Samurai as we know them today, but rather a deep dive into what entered them into the global cultural zeigeist. The series primarily focuses on the battles and people that truly shaped Japan at a time when its future was in doubt, rather that the fantasy of what we imagine Samurai were and the part they played in Japan’s history. The series is a brutal, well made reenactment of a history plagued by constant war. The actors are solid, the battles are bloody, and the history is well told. If you’re a fan of Japanese history, “Age of Samurai” is a great pick and really solid watch all around.

“Murder Among The Mormons” (Netflix)

If you know me, you know I’m a sucker for true crime. “Murder Among the Mormons” on Netflix delivers big time on all fronts, packing its limited episode release with intrigue and twists and turns at just about every corner. The docuseries is actually surprisingly light on the murders and more about the institutions and manipulations that lead to them. “Murder Among the Mormons” digs deep into the lies and deceptions and cover ups of the church and men involved in the schemes, leaving the murders to be more of a effect rather than a cause.

Typically this would be a ding on a true crime series, but “Murder Among the Mormons” is chock full of larger than life characters and talking heads and has such a intricate web of betrayal that by the time it’s all said and done, you’re not really concerned with the murders themselves. That’s not to say they aren’t a focal point or disrespect the victims, merely that there is a LOT to unpack with this story and many of those elements go far beyond the bombings and deaths that launched the story into the forefront of headlines at the time. It’s a wild, complicated crime story, one that I highly recommend any fan check out.

This one trapped me. I had no intention of finishing it, and I’m not even clear as to why I started it in the first place, but around 11pm I decided to fire up “Supervillain: The Making of Tekashi 6ix9ine,” and didn’t stop until it was over. I’m not a fan of Daniel Hernandez (his real name), and the series does a great job in to painting him in any kind of sympathetic light to skew your preconceived notions of him. The series seeks to demonstrate how a young, quiet Brooklyn immigrant becomes a brash, gang affiliated internet sensation. Make no mistake: Tekashi 6ix9ine is a fabrication from start to finish, and eventually proves that committing to what sells, even at the expense of yourself and others supersedes overall talent.

It’s important to know going in that Hernandez is a calculated narcissist with a complete disregard for others and who’s primary goal is fame over everything. Anything that befalls him is unequivocally his fault, and the series makes very clear his willingness to sacrifice others for personal gain. Also, even before being perhaps the most recognizable snitch in the history of crime, there’s a rape case and consistent domestic abuse allegations against him that are somehow eclipsed by his overall, give no f**** persona and end result of his court testimony. Overall, Tekashi 6ix9ine is all kinds of awful, and no amount of trauma or “blame the internet” spin can make up for the choices and consequences made by his own volition. He brings everything on himself, the good and the bad, and frankly deserves way worse than what he actually ends up getting.

“Supervillain” does well to examine all parts of his life, and also tries to not make excuses for his behavior. Which is smart, considering that a large majority of his behavior is inexcusable. Sure, you can say it’s what we want, and the series does touch on this kind of fantasy marketing ingenuity, but its still grotesque it the worst of ways, and he (and his fans) deserve all of the criticism and judgement lauded on them. If you’ve ever caught yourself wondering “What IS a Tekashi 6ix9ine?,” then “Supervillain” is a great examination of all of it.

So there you have it; 3 great docuseries you should check out.