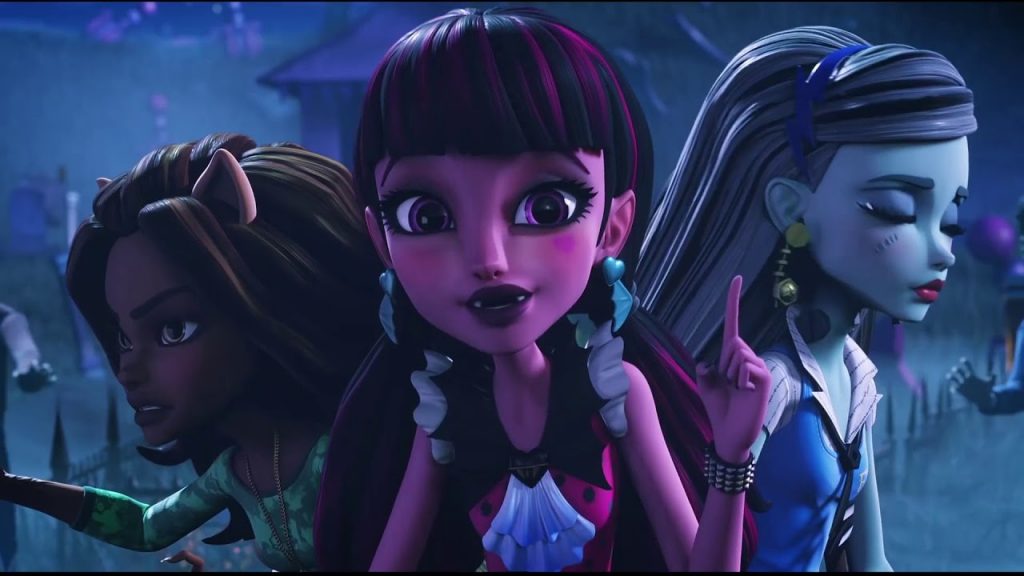 Nickelodeon and Mattel have announced that they will be rebooting the “Monster High” animated series. Along with the cartoon returning, they will also be collaborating on a live-action movie. The movie and series will feature the characters Clawdeen Wolf, Draculaura, and Frankie Stein.

According to Deadline the animated series will follow characters as they navigate the “hilarity of high school” in the halls of Monster High. Shea Fontana (“DC Superhero Girls“) is showrunning the series. Claudia Spinelli, SVP Animation Development, is overseeing the project for Nickelodeon, and Mattel exec producer Adam Bonnett and Christopher Keenan, SVP Content Development, is overseeing for Mattel.

The movie will be written by Jenny Jaffe, who wrote on the “Big Hero 6” TV series and is working on the new version of “Rugrats.” She will write a TV movie musical event with Greg Erb and Jason Oremland (Princess and the Frog). Overseeing production on the Monster High movie is Nickelodeon’s SVP Live-Action Zack Olin and SVP Live-Action Scripted Content Shauna Phelan. Leading the live-action project for Mattel is Adam Bonnett, who is also working on the animated series.

Fred Soulie, General Manager of Mattel Television had this to say about the news:

“Monster High’s strong message of inclusivity is more relevant than ever, Nickelodeon shares our passion for the brand and its purpose having worked on the franchise when it first launched more than a decade ago. They are the ideal partners to bring these beloved characters and their stories to life through episodic television and the live-action television movie.”

“Monster High” has been a favorite of kids and adults alike and has a very successful toy line. In 2010 Nickelodeon started airing a ton of “Monster High” content including a cartoon series and specials. Some of these specials can now be watched on Netflix.