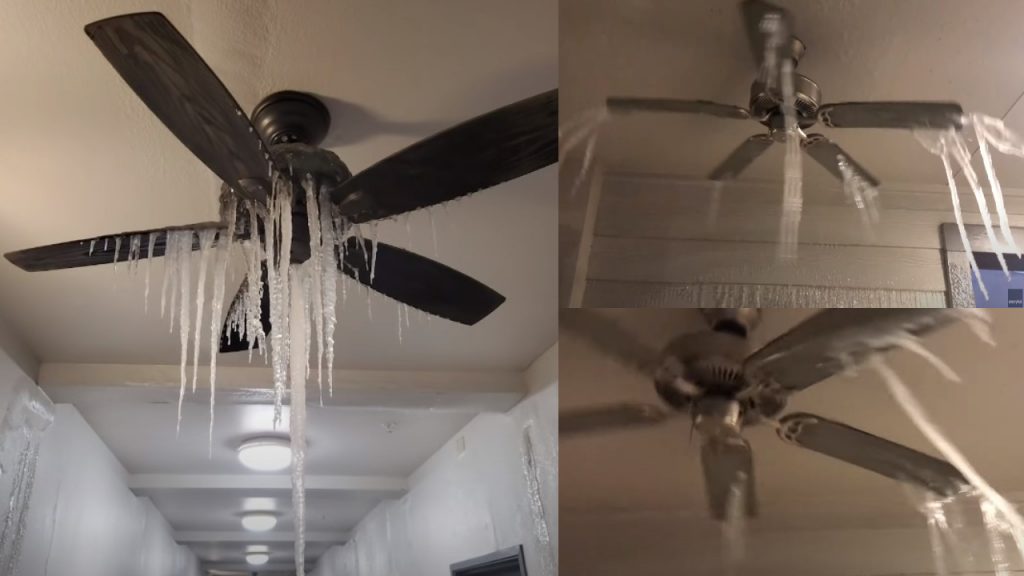 Icicles Form On Ceiling Fans Due to Freezing Temperatures in Texas

Last week was a crazy time for a lot of Texans. Many lost power which meant that they were without heat. To keep warm they had to bundle up in clothing and stay wrapped in blankets. Because of this crazy storm some people’s houses interiors were just as freezing as the outside.

To illustrate exactly how cold and wet Austin resident Clifton Highfield shared a video with a ceiling fan that had frozen icicles on it. The kicker? It was running the whole time.

This wasn’t the only instance of a ceiling fan covered in icicles. Thomas Black who took a photo of his apartment’s interior also had one with icicles covering it. The only difference was that it wasn’t running. Black’s photo actually launched an eSports campaign to raise money for the building.

Black said that he didn’t want to raise money for himself, instead he and Mike Rufail are planning on raising money for all North Texans who were affected by the sudden storm.

“That’s what’s great about Texas. The people here make it what it is, and we need to help each other right now,” Dallas-based Team Envy owner Mike Rufail told WFAA.

The two are planning on doing a live stream in order to raise funds for the people affected by the storm. To find out when they decide to do it you can follow Mike Rufail and Thomas Black on Twitter by clicking their names.

We will also be keeping an eye on their event so as soon as we know we will let you know as well. If you would like to help out now you can donate to any of the organizations listed here.