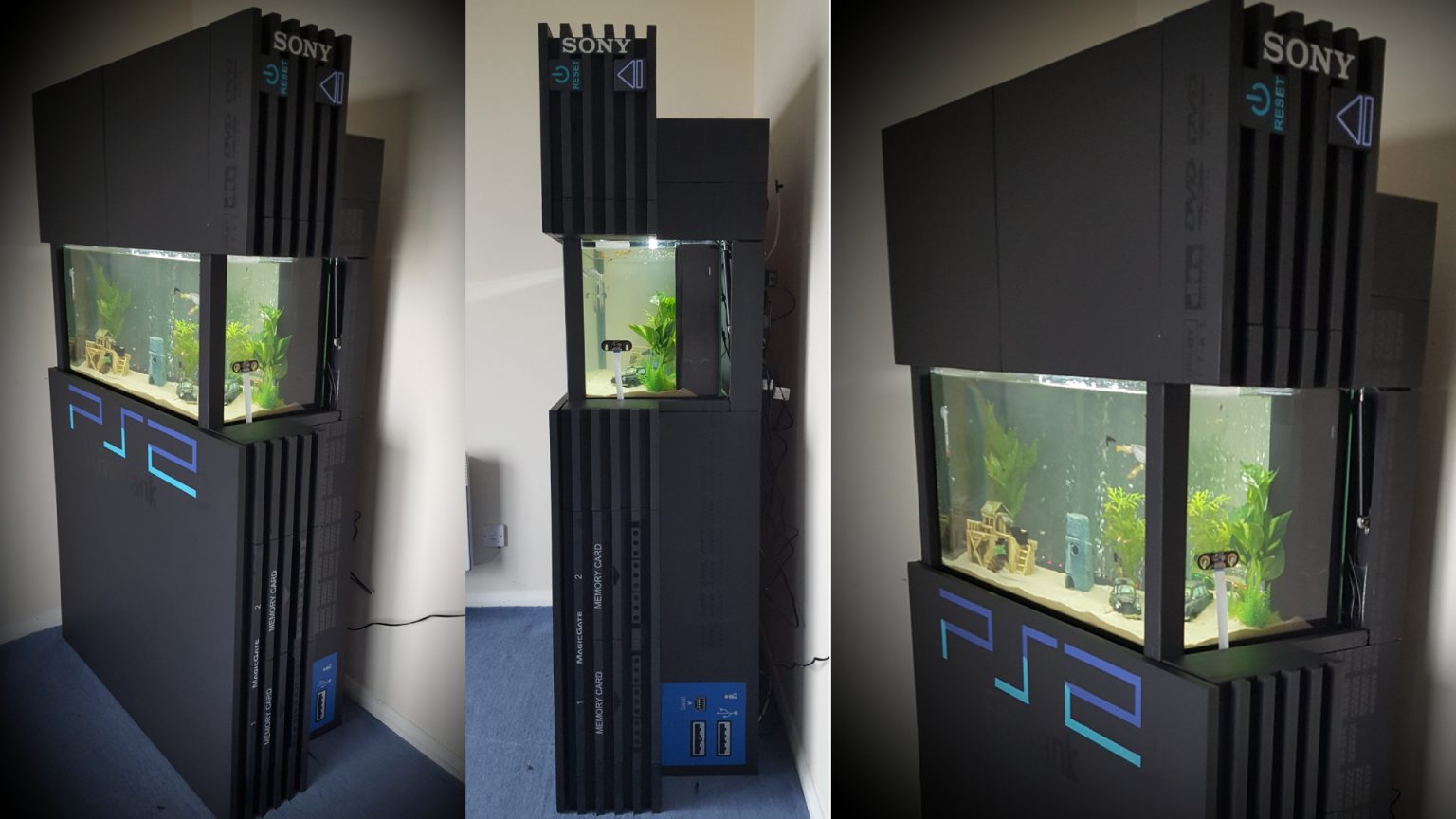 Fish tanks are always cool to me. It’s an underwater world that we get to peek into. But when someone can integrate nerdiness into the serene waterscape that’s when things get even more interesting.

We’ve featured “Star Wars” and other cool fish tanks before on the site but I’ve just found a tank that takes the cake. Our gamer hearts are beating as you could theme the tanks interior to some of your favorite PS2 games and it would be perfect for it’s casing. That’s right. Someone has made a giant PS2 cabinet for their fish tank!

Mystakarta 2018 has built this tank from the ground up. They also plan on making it functional and are learning how to put in a raspberry pi.

So far, I have built the aquarium… but now I plan to integrate a Raspberry Pi / Arduino sensor system, and make a web based user interface that anyone can access. I’m learning as I go, so please be patient… If you would like to stay up to date with the latest developments, please sign up to the mailing list below and I’ll drop you an email when there’s any news. Don’t worry, I won’t use your email for anything other sending you news relating to PS2FishTank.com

How cool is this thing!? What would you theme it with? I would totally get some 3D printed “Spyro” or “Kingdom Hearts” characters to put in with the fish. It looks like they aren’t selling this creation but you are able to keep up with news of it and admire it. Mystakarta also has images of the building process on their site.