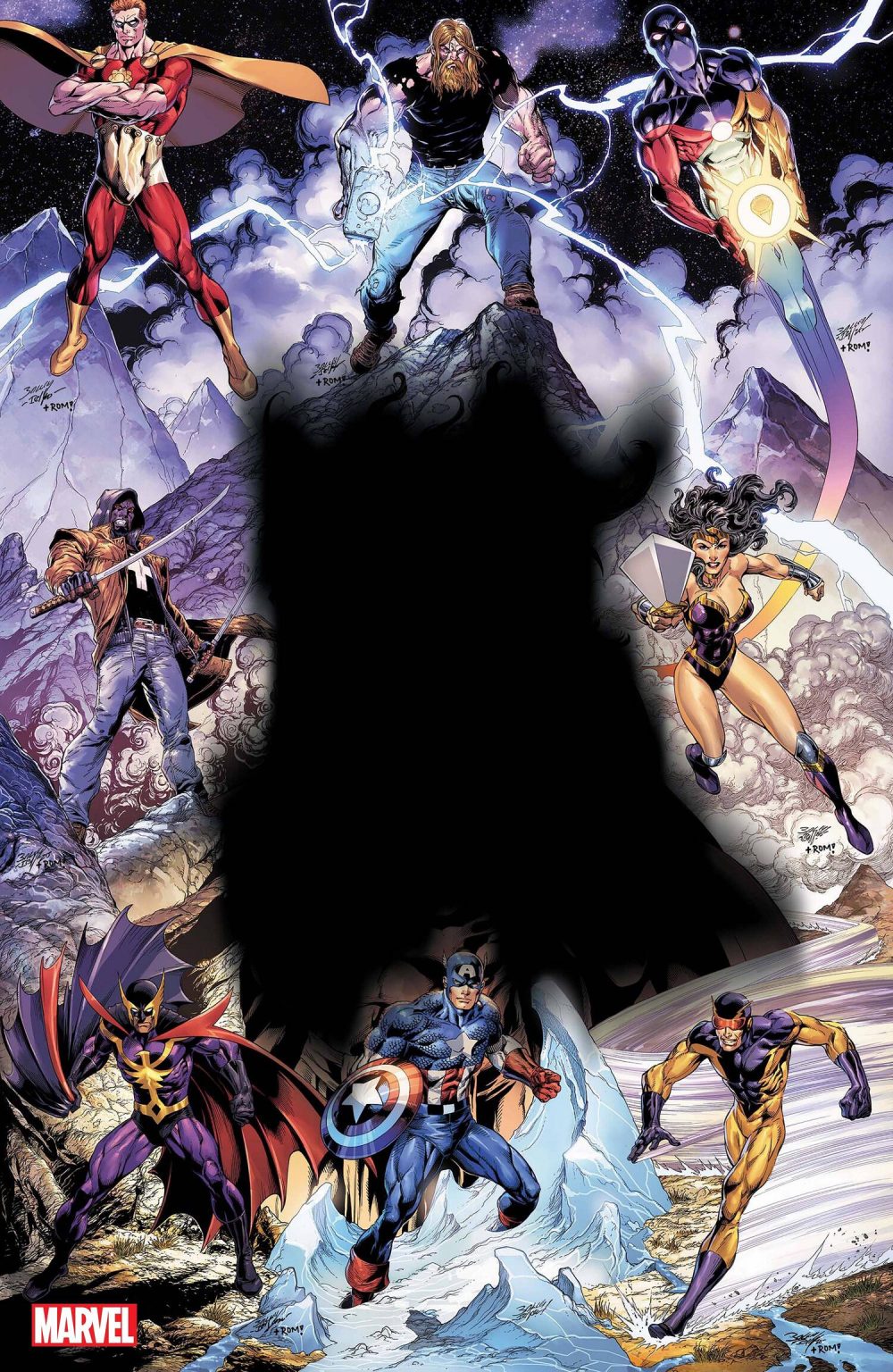 Were you a child in 1990? Did you collect Marvel trading cards and struggle to find them all? Get ready to relive all those feelings, as Marvel Comics announced Tuesday a unique set of variant covers for the new Heroes Reborn limited series! Drawn by superstar comics artist Mark Bagley, the nine individual covers will combine to form one large image.

Bagley started with Marvel comics with writer Fabian Nicieza on The New Warriors. From there he went on to The Amazing Spider-Man, Thunderbolts, and Ultimate Spider-Man. He would also return to Marvel on Fantastic Four and Hulk.

While speaking with Marvel, Bagley had this to say about the news:

“Man, THIS was fun! I got to draw a BUNCH of characters for the first time, which doesn’t happen very often after all these years of drawing comics,” Bagley said. “I was just a kid comics fan when the Squadron was created, and I remember loving John and Sal Buscema’s art at the time. Even then, I aspired to do what they were doing, so it was a thrill doing this, and I’m proud to have been offered the opportunity.”

If you have bad luck finding variant covers in the past, fear not. The artwork will also be available as trading cards at participating comic book shops. Supplies will be limited.

If you pay attention, you might notice one especially interesting plot detail. Blade, the Vampire Hunting Daywalker, is clearly labeled as a Super VILLAIN on his trading card variant!

The first four issues of Heroes Reborn and their variant covers will be available every week in May, starting on Wednesday, May 5th.