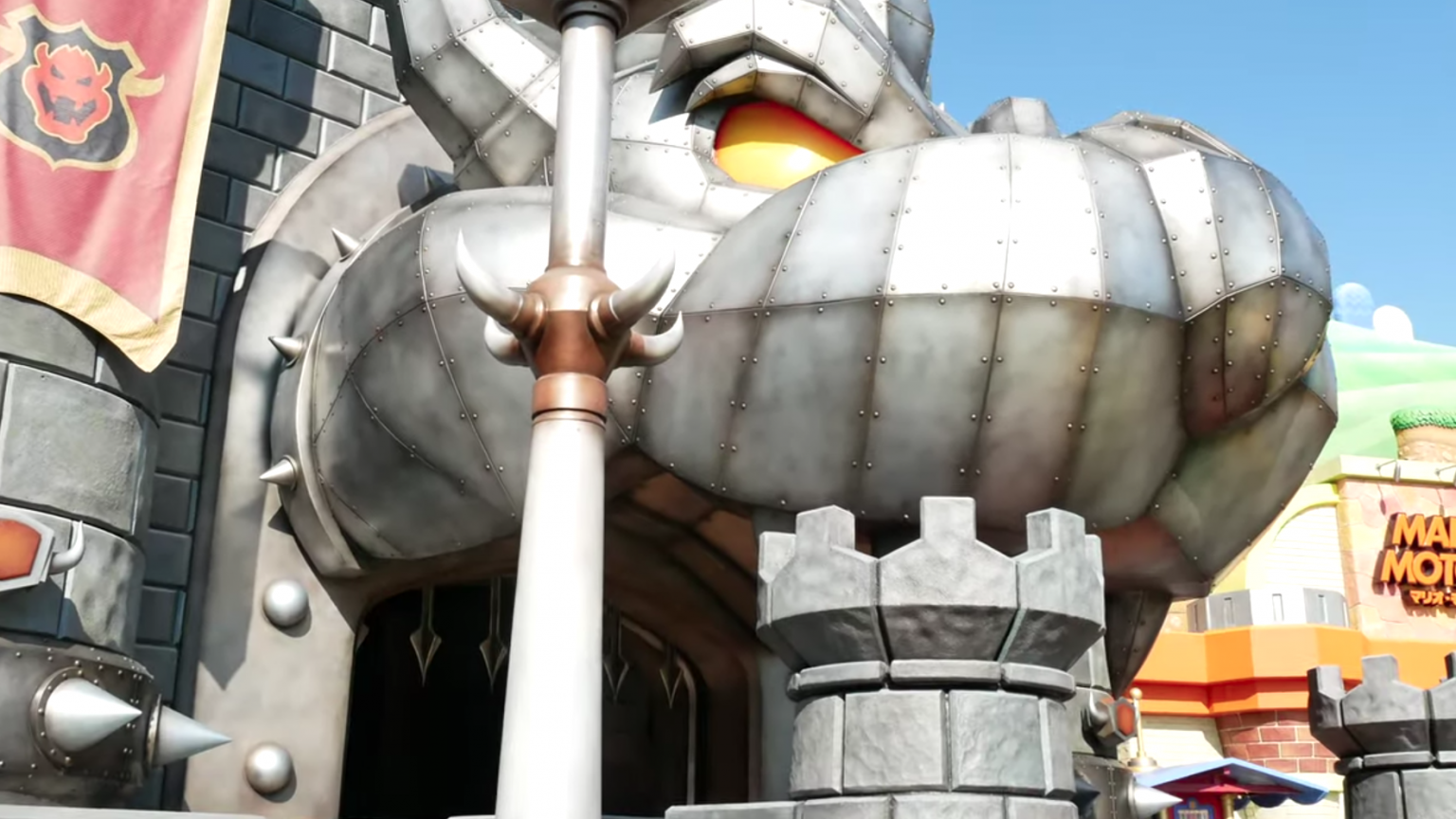 If you wanted to check out the new ride at Universal Studios Japan then you should see this video. Recently USJ opened up their Super Nintendo World for the public and since then the videos of the area have been slowly trickling out. Now a full ride experience video has been posted by Universal Parks News Today that covers everything from the que’s walk through line to the feature itself. They’ve actually released two different videos, one where you can see how it looks with the 4D goggles and one without.

In the 20 minute video you can see how much work went into creating Super Nintendo World. First you enter Bowser’s castle (which looks amazing) and then you get into the line. The music is just what you would hear in the game. The ominous theme to Bowser’s castle greets you outside.

In the line que you can see everything from bobombs being made to ghostly pictures. There are lots of dioramas and sculptures. It’s everything you would want to see in Bowser’s castle. There’s even a little framed picture of peach sitting on the throne. The ride also features an easy to understand tutorial for those who don’t speak Japanese. It’s completely done in animations and English which is simple enough that most will understand.

In the second video the posted they have the ride but how it would look without the glasses. For those of you that get a bit sea sick you may want to check out this video instead of the ride experience above. At least for the part where you’re actually on the ride.

The ride looks amazing and since it’s so well done we’re excited to see the rest of the world in person. Once we’re able to fly internationally safely again you can bet I’ll be going. Not only for this, I still have to get myself some USJ Sailor Moon merch.