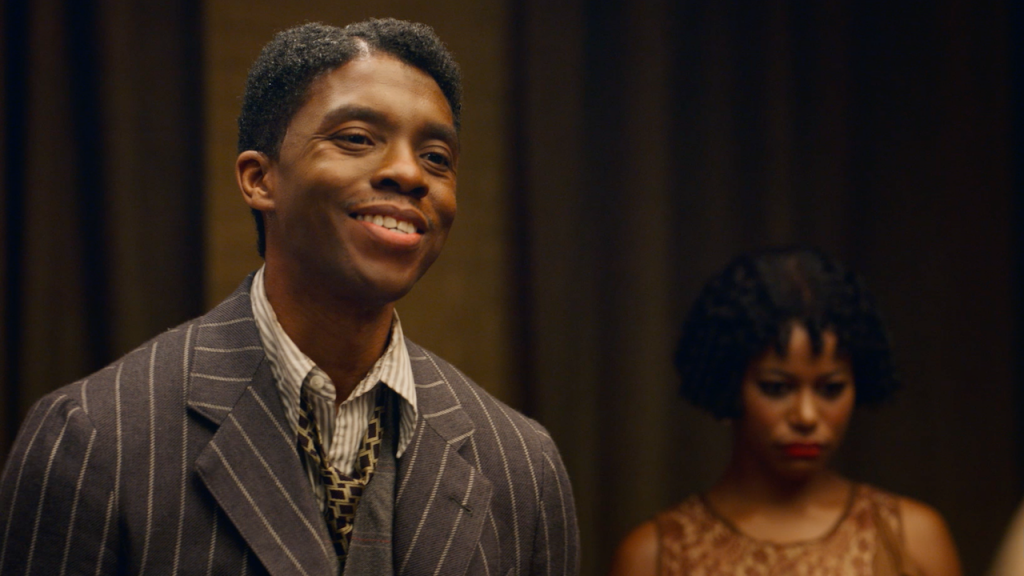 As it turns out, game recognizes game. The 2021 SAG-AFTRA nominees were announced today, and include many of the snubs from their Golden Globe counterpart. The list of honorees seem to reflect a much stronger hand on the pulse of Hollywood; and films and actors that deserve to be recognized. Of course, no award show nominee list is perfect, but SAG gets way more right than wrong.

It’s important to note that SAG focuses specifically on performances as opposed the overall filmmaking categories like the Golden Globes. It’s worth examining as a way to highlight those performances that are noticeably missing from the other. Let’s take a closer look at some of the more inclusive and much deserved nominees that made SAG list this year.

Much like its absence from the Golden Globes list was the most notable, “Da 5 Bloods” inclusion on SAG’s list also sticks out first. It leads the pack with 4 nominations, including Outstanding Cast for a Motion Picture and the much deserved posthumously Supporting Actor nomination for Chadwick Boseman. The late King of Wakanda makes history here by raking in a whopping 4 nominations across two films in the same year. Also getting far more recognition here is “Ma Rainy’s Black Bottom” and “One Night in Miami” garnering a few nominations across multiple categories.

Largely absent from the SAG nominees is both the heavily favored “Mank,” and the clear Golden Globe love affair with all Ryan Murphy who’s “Ratched” series is shut out here. Instead, “Brigerton” gets it due on the Ensemble in a Drama Series category, along with critical darlings “The Crown” and the still slightly snubbed “Lovecraft Country.” I’m still not entirely sure why every single actor in that show is omitted from every individual performance category, but I guess I’m just going to have settle with the inclusions of others here.

In that regard, “The Crown” all but swept the Best Actress category, taking 3 out of the 5 nominations. The other two went to “Ozark,” and while I agree that both shows have some phenomenal performances, I’m not sure they warrant shutting out everything else for them. Considering the diversity of the rest of the categories, it’s an odd choice for SAG to settle on, but like I said, no award show is perfect and SAG is far more diverse overall than the Golden Globe list.

The last two big surprises (and much welcomed and served) are Michaela Cole for “I May Destroy You” and Daveed Diggs for “Hamilton.” After being completely shut out from the Golden Globes despite massive critical acclaim, it’s refreshing to see the SAG Awards at least attempt to recognize its stellar performance from its lead. Likewise, Diggs over Lin-Manuel Miranda is the much better choice, as he won both a Grammy and a Tony Award for his performance. Before you come for me, note that I hold Miranda in the highest regard as a creator and human being, and my “Hamilton” obsession rivals the best of them. So no, it’s not a knock on the man who gifted us the product, just that he ALSO gave us some of the best actors and performances that deserve the spotlight for them.

The SAG Awards may not get the viewership of the Golden Globes and Oscars, but at least it does a better job at inclusion and diversity in its nominees than perhaps both of them combined.

What are some of your surprises and favorite nominations from the 2021 SAG Award Nominees?