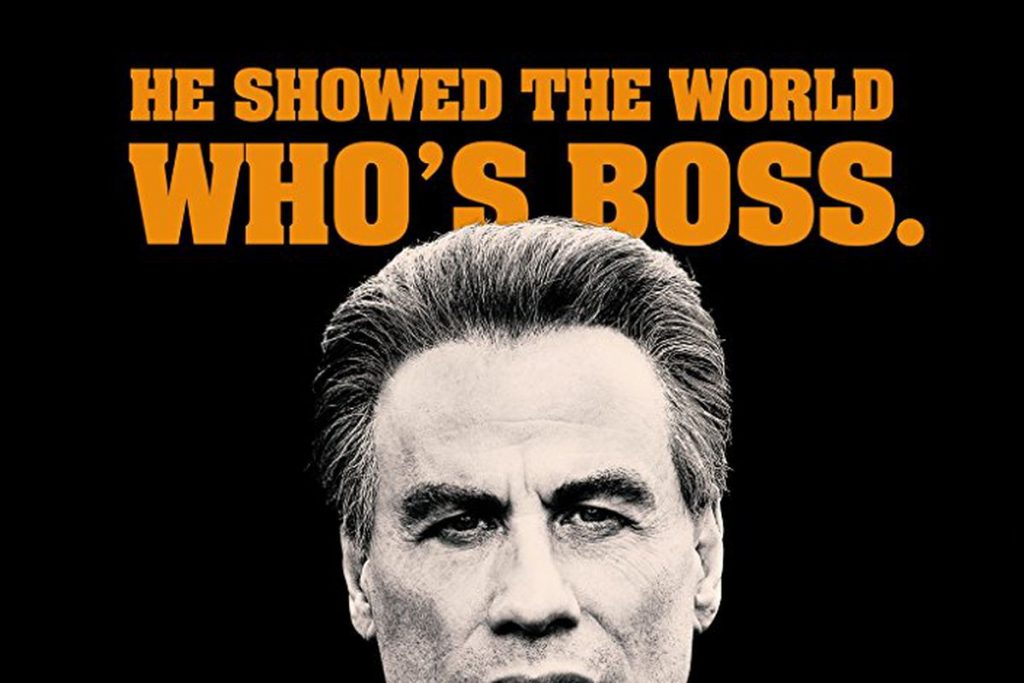 Let me start off by saying that I absolutely love gangster movies. I’ve seen more than my fair share- good and bad- fictional retellings and documentaries alike. That being said, “Gotti” puts me in a really weird place when it comes to film reviews. Not just within it’s own genre of mobster movies, but for movies on the whole. I honestly don’t know what to do with it or how to feel about it. Luckily, “Gotti” only needs to be weighed on whether or a not it deserves its 0% rating on Rotten Tomatoes.

For a film about John Gotti, “Gotti” surprisingly doesn’t tell us much about him over its 2 hour run time. Sure, its a collection of highlights about his rise to power and antics as a crime boss, but it does it so poorly you’re better off watching the hour John Gotti episode on the ID Channel’s “Mobsters.”

“Gotti” wants to be “Goodfellas,” “Black Mass,” “Donnie Brasco,” and even sprinkles of “The Irishman.” The problem is it doesn’t commit to any one of them, failing to capture any of the good things from any of the aforementioned films. It ends up becoming snippets of other films, like a student piecing together a collage of their favorite mobster scenes in an attempt to make one cohesive film. Of course, even on paper this sounds like a bad idea.

See, as good as films like “Goodfellas” and “Donnie Brasco” are, they are very different films from a director standpoint, and tell very different stories within the same world. Hell, even with something like “Black Mass,” John Travolta‘s Gotti doesn’t have the charisma or haunting transformation that Johnny Depp‘s Whitey Bulger brings to elevate the slow paced drama.

“Gotti” tries to tell too many stories all at once except the one that matters most. It doubles down on this storytelling device by time jumping without cause or warning, resulting in a jumbled and over convoluted retelling of a pretty straight forward mob boss narrative. This movie could easily correct a lot of its mistakes by simply streamlining its narrative. Just pick one and stick to it, letting all the other things fall by the wayside. All of the other gangster films mentioned do this, regardless of the larger mob picture they’re trying to paint.

It would be better served to just be about John Gotti’s court cases or Gotti and his family or Gotti and his rise to fame, or even more just make it about his son, also named John watching his father and their relationship. Any one of these things would serve to be a more interesting film than what’s delivered here. Just pick ONE gangster trope and let it carry your film all the way through.

Sidenote: Why the hell did they cast young, good looking, lean as hell Spencer Lofranko as John A Gotti? The real John A. Gotti was built like a Mac truck; a fat but strong man who looked like he could out lift most guys in the gym but still goes home and down’s family size portions of pasta after every session. There’s Hollywood makeover to be more aesthetically pleasing, and there’s making us believe that Kristen Stewart is the most beautiful woman of all against Charlize Theron (I will never ever let that go, “Snow White and the Huntsman“). This casting definitely falls into the latter, and isn’t really a problem until the end of the film which shows a montage of actual footage of John Gotti reuniting with his family. It’s jarring and I can’t let it go.

As a film overall, the mistakes are the same but with different reasons for not working. The blame has to be on director Kevin Connolly of “Entourage” fame, who doesn’t quite understand how put a film together. Considering most of his work both in front of and behind the camera are mainly television, this isn’t really that surprising.

“Gotti” functions like a television series but largely to its detriment. The sprawling, incoherent narrative seems punctuated by a more episodic approach which does not convert over to film the way Connolly wants it to. It leaves the viewer wanting in more ways than one. We want a clearer picture of John Gotti and his life, we want more straight forward mob antics, and we desperately want to understand why things matter. Connolly’s choice to jump through biopic tropes from old man recounting his life to young up and comer soldier rising to mob boss to dedicated family man without any kind of justification for it results in viewers not knowing and not caring what happens.

Using “Black Mass” as an example, both gangsters lost a young son suddenly in their lives. Depp’s Bulger dealing with that loss has purpose and emotion because it happens at the right time in a film that linearly tells his story. “Gotti” on the other hand, drastically misplaces this event to the point where it holds no emotional impact for its audience. We don’t know Gotti or his relationship with his family enough to care when a young member it tragically dies. We never get to see how that death changed him for better or worse. Depp’s Bulger is indefinitely transformed by the death of his son; Travolta’s Gotti is sad about it, but it never impacts the overall story beyond something that happened that we should know because…reasons?

So, as a gangster film and a film overall, “Gotti” kind of fails at being good at both. But it is an unmitigated disaster that can’t be corrected and should be avoided at all costs, deserving of 0% on Rotten Tomatoes AND included on the worst of the worst on that selective list?

Remember, our criteria for deserving 0% is that there has to be absolutely nothing that can be done other than burning all copies and erasing it from memory altogether to earn it. As bad as “Gotti” is, it’s not entirely unwatchable, and can be corrected. John Gotti himself is a larger than life character that is absolutely worth exploring and making films about, and there are some foundations that are laid out in “Gotti” that could be better in more capable hands.

Another Sidenote: Whoever okayed the hip hop Pitbull Gotti-inspired theme songs should be fired from soundtracks forever. Not even just because I hate Pitbull, but more so because it just simply doesn’t fit here. You either Tarantino this thing and put everything in one genre, or you Scorcese it and pack your film with classic hits. You do not, as “Gotti” does, try to do both at the same time in the same film from scene to scene. What is this, amateur hour?

Anyway, the point is, while it really is a mess, I don’t know that I want it erased from my mind entirely. If anything, I want someone to go back through, reedit and repackage it into a more coherent film to give the actors more credit for doing the best with what they have. Ya, Travolta is actually pretty damn good, and would be much more noticeable and likable in a more narratively linear film. Since this film IS fixable, I have conclude that it does NOT deserve to be on this list. I’m not recommending it to anyone, but I’m not inclined to give it no marks for trying. I guess “Gotti” can add this rating to the long list of beatable cases against him. Teflon Don, indeed.

Rating: Does NOT Deserve it