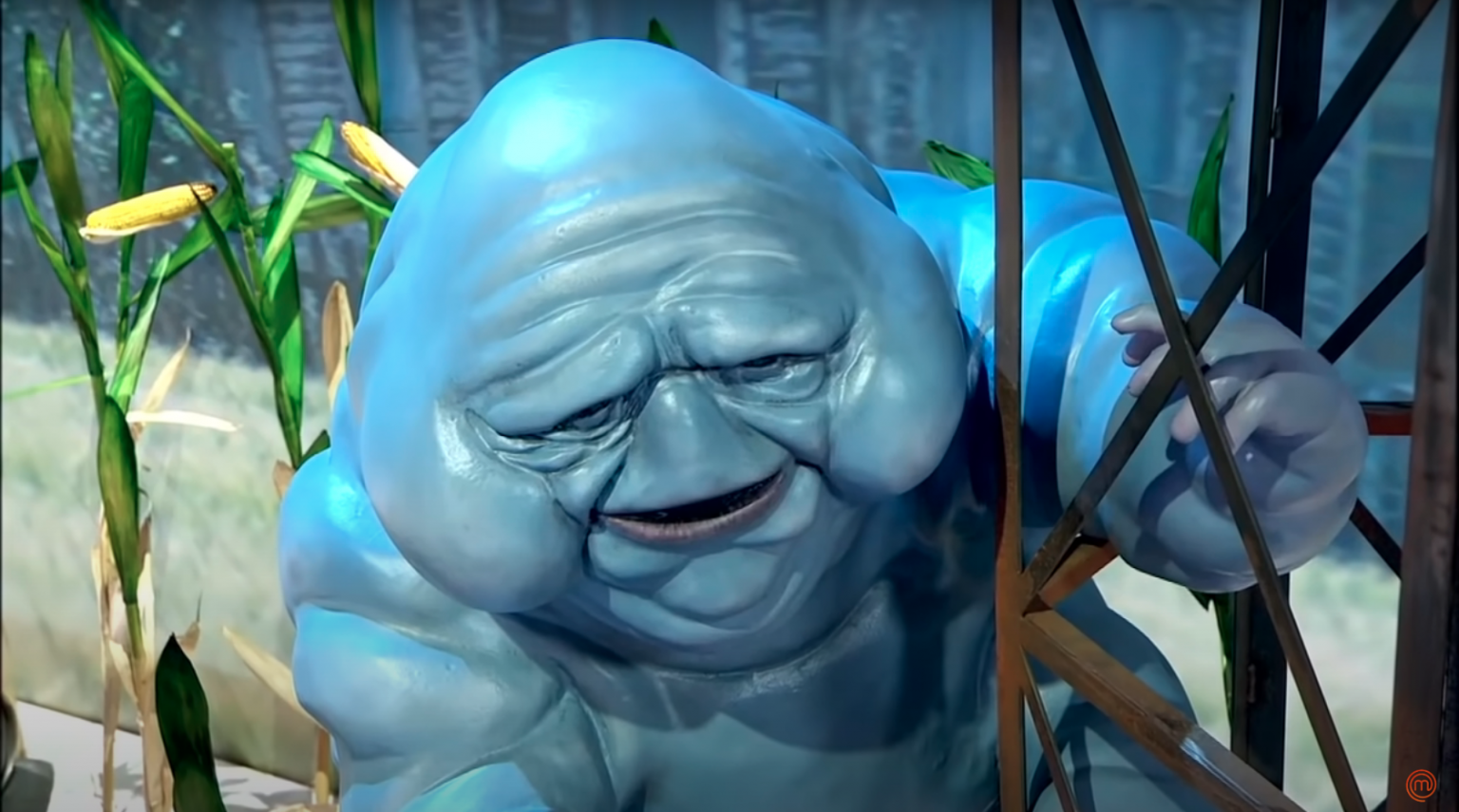 Just as we were in the process of writing (what we thought) was an AWESOME article about how the new Hostess Twinkie release meant that “Ghostbusters: Afterlife” ectoplasm was gonna be blue, “MasterChef Junior Spain” goes and breaks the news for us. In a recent episode, the young cheftestants get tasked with a “Ghostbusters” themed challenge, wherein the hosts all dress as the classic 1984 film’s heroes.

The camera pans away from the youths, showing an ECTO-1, as well as a new blue spectral pal, who apparently is named Muncher?

Anyhow- this tracks with the whole story we were gonna write about how this new Twinkie release from Hostess completely confirmed the notion of a new color base for the ghosts in Sony Pictures’ upcoming “Ghostbusters: Afterlife.“

Mostly because the last time Hostess did a “Ghostbusters” themed snack cake, it was in 2016 for Paul Feig‘s all-female reboot of the franchise. And it was green.

So, we’re really excited to see how Muncher is introduced and ultalized in “Ghostbusters: Afterlife,” whenever it actually releases. It’s now scheduled to theoretically hit on November 11th, 2021- it’s fourth date shift.