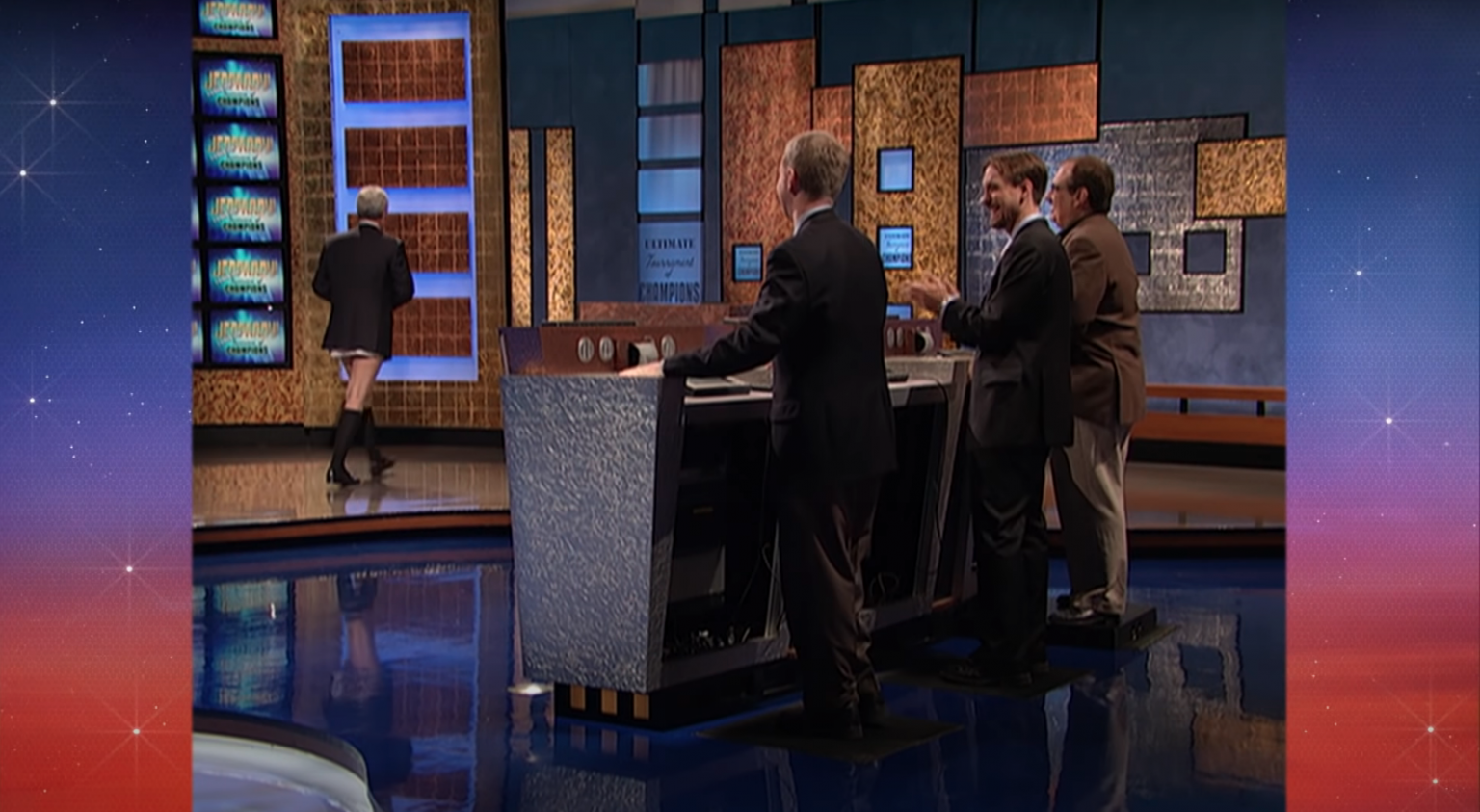 Friday, January 8th 2021 marks the airing of the final episode of long-running and respected television gameshow host Alex Trebek, who sadly lost his very pubic battle with pancreatic cancer in 2020.

We knew the celebrated personality had been able to record multiple episodes before he needed to step away from the production, and the final of those airs tonight (unless the continual news cycle bumps it).

This brings us to a wonderful memory of a prank that Trebek pulled during a Tournament of Champions episode back in 2005, where the host came out for the show’s kickoff not wearing pants.