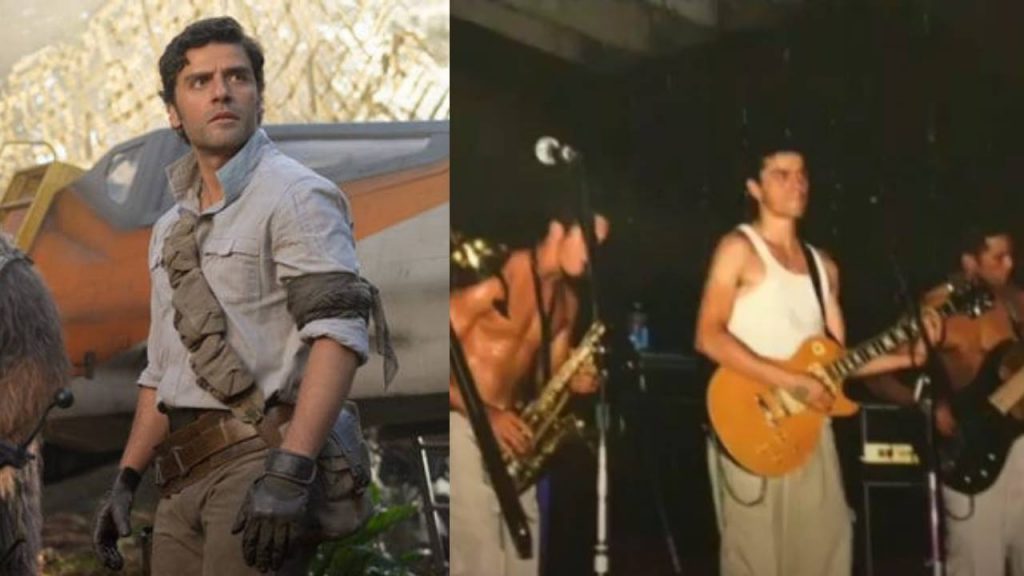 Before his role as Poe Dameron in the “Star Wars” universe Oscar Isaac played in a handful of ska bands back in the 1990s and 2000s. He was good enough that he even was able to open for such legends as Green Day and The Mighty Mighty Bosstones!

The names of the bands he played with are pretty spot on for that music scene back in the day. Names like, The Blinking Underdogs, Closet Heterosexuals, and Petrified Frogs.

Before Isaac graduated from Julliard in 2005, he attended the University of Miami School of Music. While there he formed the ska-punk band the Blinking Underdogs. The Blinking Underdogs still have a Myspace page that says they attribute their influences to Goldfinger, Sublime, Reel Big Fish and Fishbone. Isaac not only formed the band but was also the front man and played guitar.

Footage has emerged of Isaac playing in his heyday. Below you can see a video with images from the band The Blinking Underdogs as well as hear some of the songs they possibly played to open for The Mighty Mighty Bosstones.

“We played on a stage at a festival about five hours before [The Mighty Mighty Bosstones], but that was a great thing to have on your resume,” he joked during an interview with Jimmy Kimmel.

We got a glimpse of his musical talent before in the Coen Brothers’ “Inside Llewyn Davis.” In the film he decides whether he should continue to chase a career in music or enlist. Now that we know about his history with his own musical endeavors it makes us feel that he was even more perfect for the role.

In other Oscar Isaac news, he was recently tapped to play Solid Snake in the upcoming “Metal Gear Solid” movie. He’s also going to be playing Duke Leto Atredies in Denis Villeneuve‘s “Dune.”