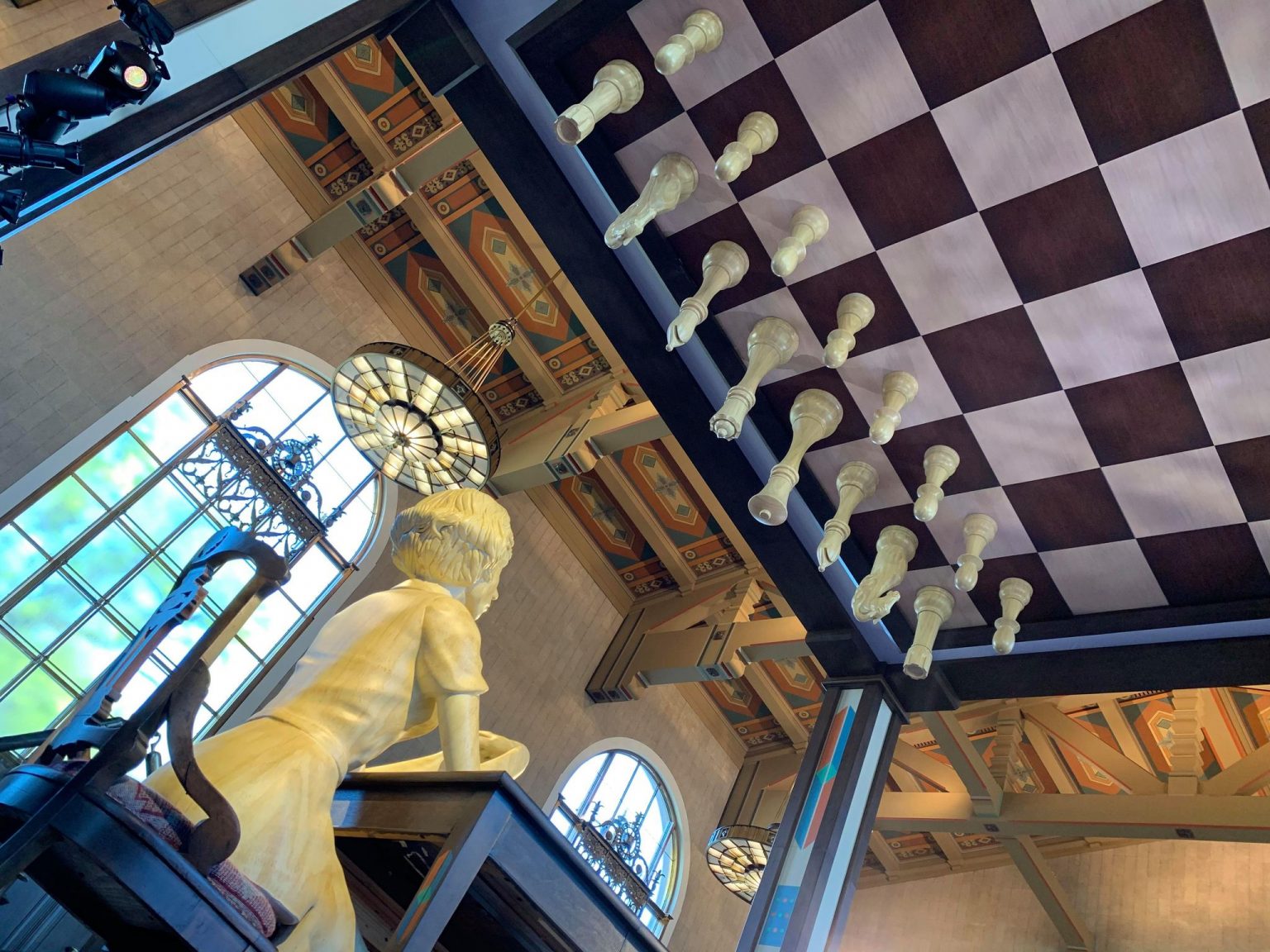 If you haven’t watched Netflix’s fabulous single-season masterpiece “The Queen’s Gambit,” you absolutely should. Starring Ana Taylor Joy as chess phenom Beth Harmon, the mini series quickly became a must-watch offering from the streaming service. Thanks to Netflix, suddenly it’s cool to play the game again (but as someone who was in a chess club in high school, IT ALWAYS HAS BEEN!).

This popularity prompted an art installation based on a pivotal scene in the mini series to find it’s way to Los Angeles’s Union Station Ticketing Concourse. If you happen to live in LA and maintain strict social distancing guidelines and wear your mask properly, you can tour the exhibit (like I did this morning).

While no set end time for this display is currently published anywhere, there are rumblings that it’ll remain in the Concourse until sometime in January 2021.

“The Queen’s Gambit” is currently streaming, only on Netflix.