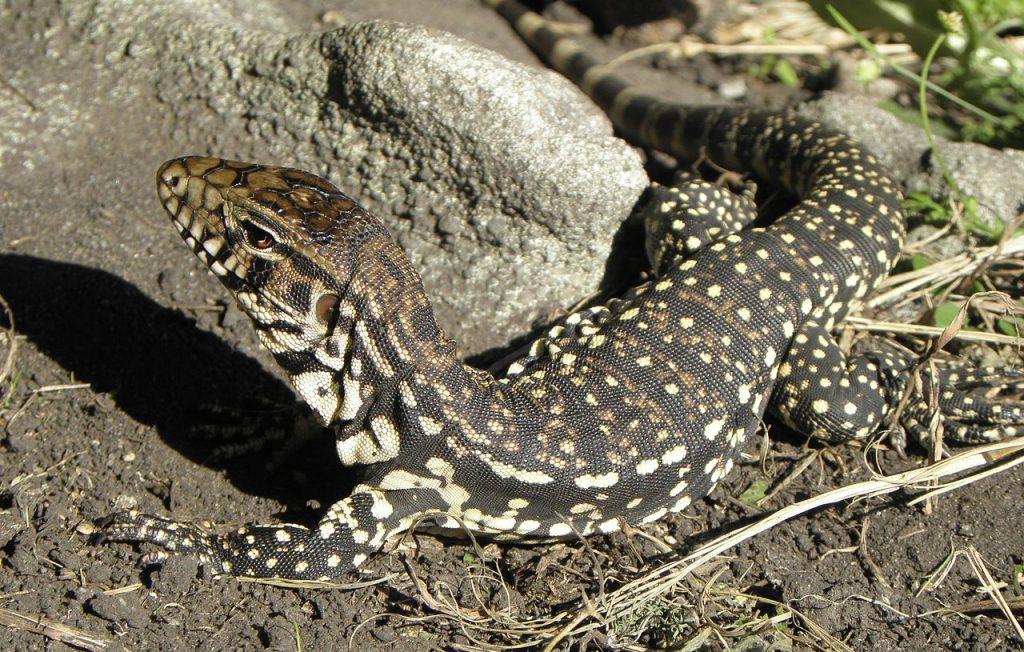 The Argentine black-and-white tegu is a large species of lizard that can grow up to four feet in length. Recently it has been seen in areas of Texas and it’s thanks to Florida that they have started spreading out across the United States. Other areas that have been effected are at least two counties in Georgia, four counties in South Carolina and some isolated reports of them in Alabama, and Louisiana.

It’s because of illegal pet dealers that the tegu became such a problem in Florida. They are a lizard that is described as intelligent and docile so they are very sought after as pets, unfortunately they are still very illegal in Florida. And for good reason too! They are a highly invasive and hardy species, so once they take over it’s nearly impossible to relocate them or get them to leave. And they can also combat even very cold climates by raising their body temperature up to 18 degrees. So harsh winters won’t even bother them much.

The entire south eastern region of the United States is a perfect climate for them. It’s because of this nice climate that they have started spreading out from Florida and finding homes elsewhere. These lizards will also eat just about anything with nutritional value. So anything on the ground, vegetables, eggs, insects and animals is all fair game. They are threatening farms as well as the natural wildlife in these areas.

If you spot one in your area it’s best to report it to the local wildlife control department immediately. They are able to capture and release them in another area. For more information about the Argentine Tegu click the link here.