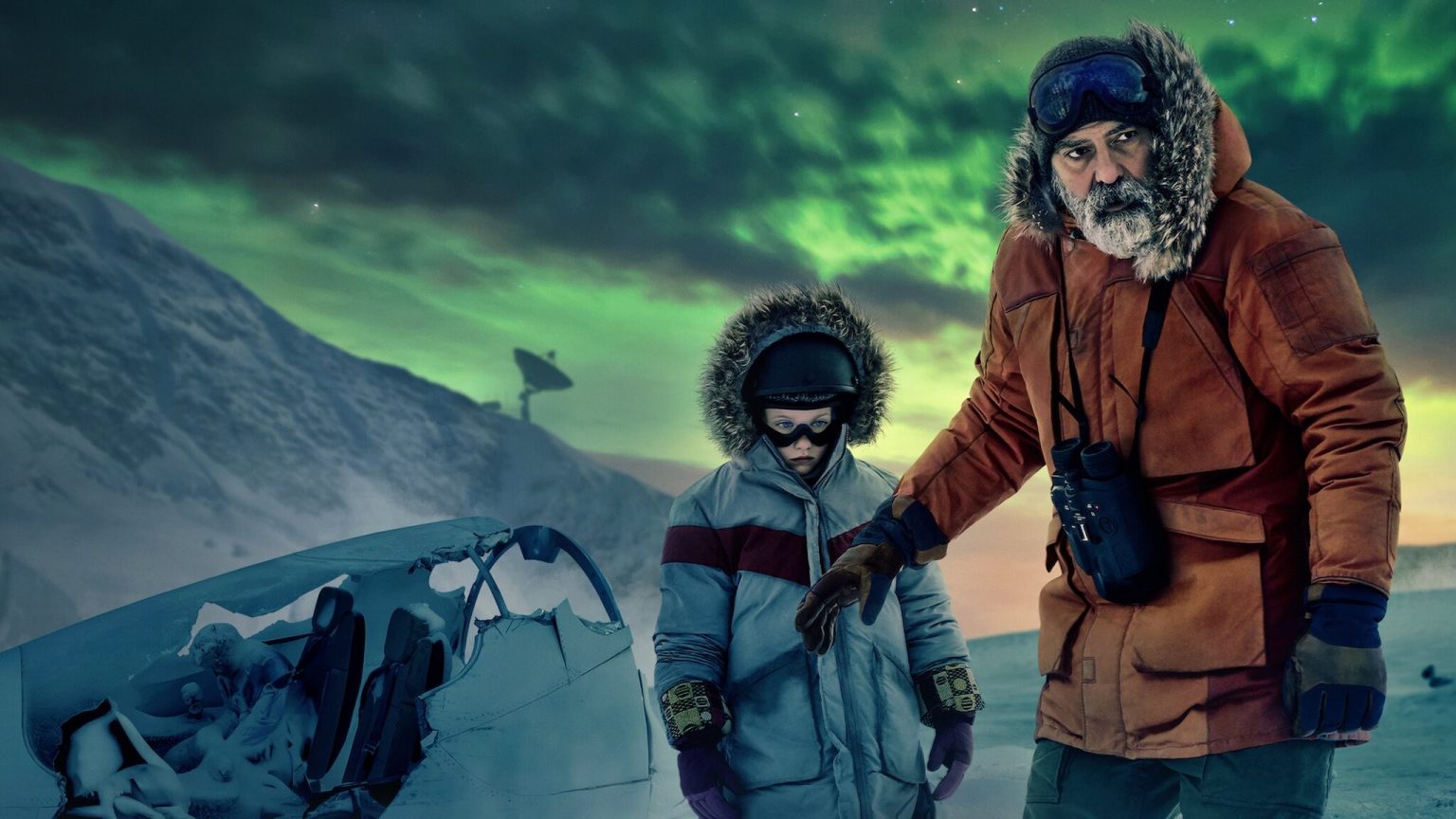 In 2049, something has gone horribly wrong and everyone on the Earth is facing certain death. It’s never expressly spelled out, but radiation is referenced as being what’s killing everyone off. Since it’s largely a naturalistic film, it’s likely a solar flare event or something similar has occurred.

Set in Antarctica, Clooney plays Dr. Augustine Lofthouse, a brilliant planetary researcher who is refusing to evacuate along with the rest of the outpost. The others are returning North to be with their loved ones to face the end, but Lofthouse has no one, and he is having to undergo repeated intense dialysis sessions to stave off his own [and also unspecified] illness.

Once he has been left alone, he finds one space crew still in transit back from Jupiter where a new moon, suitable for human life, has been found. He tries to reach them to convince them that Earth is doomed and they should return to their new world.

It’s a relatively quiet piece, but very well crafted. The effects are solid, the production overall similarly so. Clooney (who also directed the film) delivers his typically reliable performance. However when you’re faced with a dying world and having a heart to heart with a small crew about the merits of returning versus going back to Jupiter, there’s not a lot of tension or suspense.

With as much as screenwriter Mark L. Smith (“The Revenant,” “Overlord“) tries to keep things grounded (a heretofore undiscovered habitable moon notwithstanding), one can’t help but think – a small ship crew of a handful of people isn’t enough for restarting humanity elsewhere (one would need at least 50 to prevent inbreeding problems and 160 to have some level of genetic drift for a baseline viable colony). So really, what the viewer will tend to be thinking about is, what’s the point of the struggle when there’s so little left.

On the upside, both Clooney and his costars, Oscar nominee Felicity Jones (“Rogue One“), Kyle Chandler (“Friday Night Lights“), and David Oyelowo (“Selma“) all deliver watchable performances. It’s not a bad film, it’s just one that veers towards a version of uncanny valley when it comes to the science. The more it tries to be accurate, the more the problems it indulges in wind up creating a discordance in the audience (at least the ones who are apt to spot the logic flaws).

“The Midnight Sky” is available for streaming on Netflix.