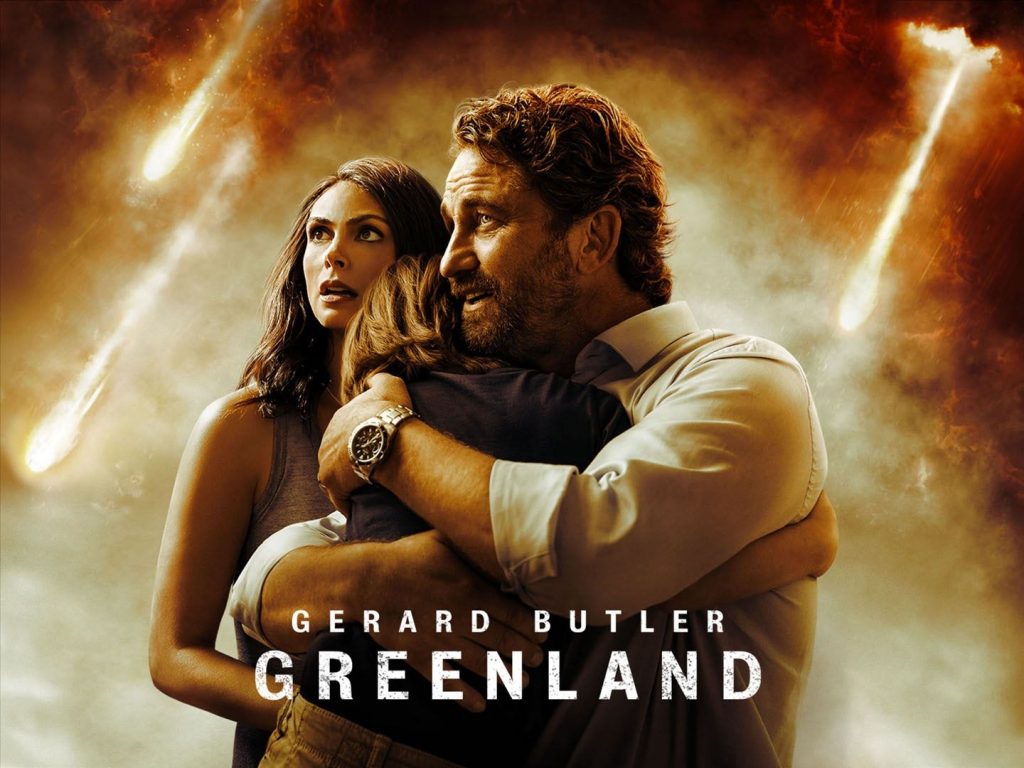 “Greenland” is one of those quiet films that sneaks in under the radar. Whether it was STX just not wanting to put much marketing push behind it or what, I’d heard literally nothing about it until just before it premiered. It actually opened in other countries back in mid-August, which might have diluted the domestic messaging, which is a shame because it’s actually really very good.

Why is that such a surprise? Well if we recall back to the before times (in this case 2017), Gerard Butler’s last “the sky is falling” genre film was “Geostorm.” And if you’re one of the 20 or so people that actually watched that film, you’ll recall that it was an unmitigated disaster of a kind worse than what was being depicted on screen.

This time around Butler plays John Garrity, a structural engineer with an estranged wife, Allison (Morena Baccarin) and son Nathan (Roger Dale). A newly discovered comet is passing dangerously close to the earth. While everyone gathers around televisions to watch some of the tailing smaller fragments to fall harmlessly into the sea, John gets a text alert indicating that he and his family has been selected for immediate evacuation.

As time goes on it becomes increasingly clear that the comet isn’t going to miss the Earth but rather going to have multiple major strikes as well as at least one extinction level impact. From there it’s the expected society breaking down as the Garrity’s try to make it to the evacuation points. And where most meteor strike films have little city-killers for flavor, “Greenland” doesn’t pull its punches.

Now, let’s be really clear, this isn’t a great movie. However, this gets about as close to the level of fun as we had with Armageddon (and that was all the way back in 1998) without having to cringe about it (since most films in the genre tend to be pretty horrible, like “2012,” “The Core,” and “The Day After Tomorrow“). But the action is solid, the characters are engaging, even if time and again John makes choices which wind up helping keep his family together and moving forward even while those choices also wind up killing (literally) planeloads of other people in the process.

So if you’re in the mood to watch the Earth get the crap kicked out of it, and to watch Baccarin be as awesome as ever, and Butler be…. well, himself. You won’t go wrong by giving “Greenland” a go.

“Greenland” is rated PG-13, and available for rent via Amazon Prime.