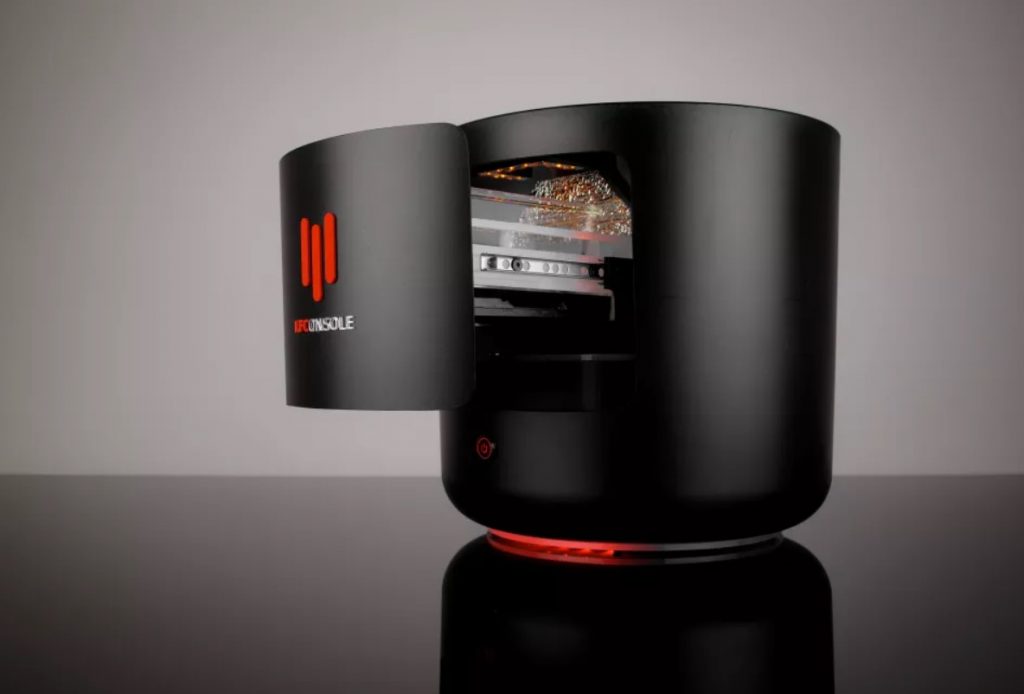 KFC Shows Off Their Official KFConsole in All its Glory

The KFConsole is the newest thing in gaming. Created in partnership with pc hardware manufacturer Cooler Master and the Colonel’s long-standing fast foot chain, this thing has one thing that other consoles don’t have. That’s a  built-in chicken chamber and yes, it will keep your food the perfect temperature.

This was teased awhile back and to be honest we kind of forgot about it. But now they are saying that it will probably end the console wars between the PS5 and the Xbox Series X.

They boast that it can run the latest games at 4k and 240fps. They are keeping the contents of the console under wraps but assure you that it’s very powerful. So whether or not you play Cyberpunk 2077 or  I Love You Colonel Sanders! A Finger Lickin’ Good Dating Simulator is up to you.