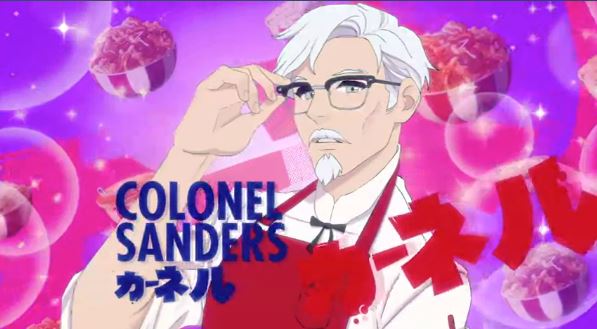 Some of your guilty pleasures are sure to include dating app simulators, right? Right. I knew it! Well here’s one to woo the ultimate catch.

The popular fried chicken fast-food franchise KFC has revealed their latest project. Which is to be a Colonel Sanders dating sim. Which will be developed by Psyop, published by KFC, and hosted on Steam.
Check out the 30-second trailer above, if you haven’t already.

I Love You, Colonel Sanders! A Finger Lickin’ Good Dating Simulator follows a culinary student -you, as you try to win the heart of none other than Colonel Sanders. Make sure to navigate through your choices wisely, as they will greatly affect your chances at love. I mean, love with THE Colonel Sanders. And we don’t want to hurt his feelings now, do we?

Will Colonel Sanders choose you to be his business partner or perhaps… more?