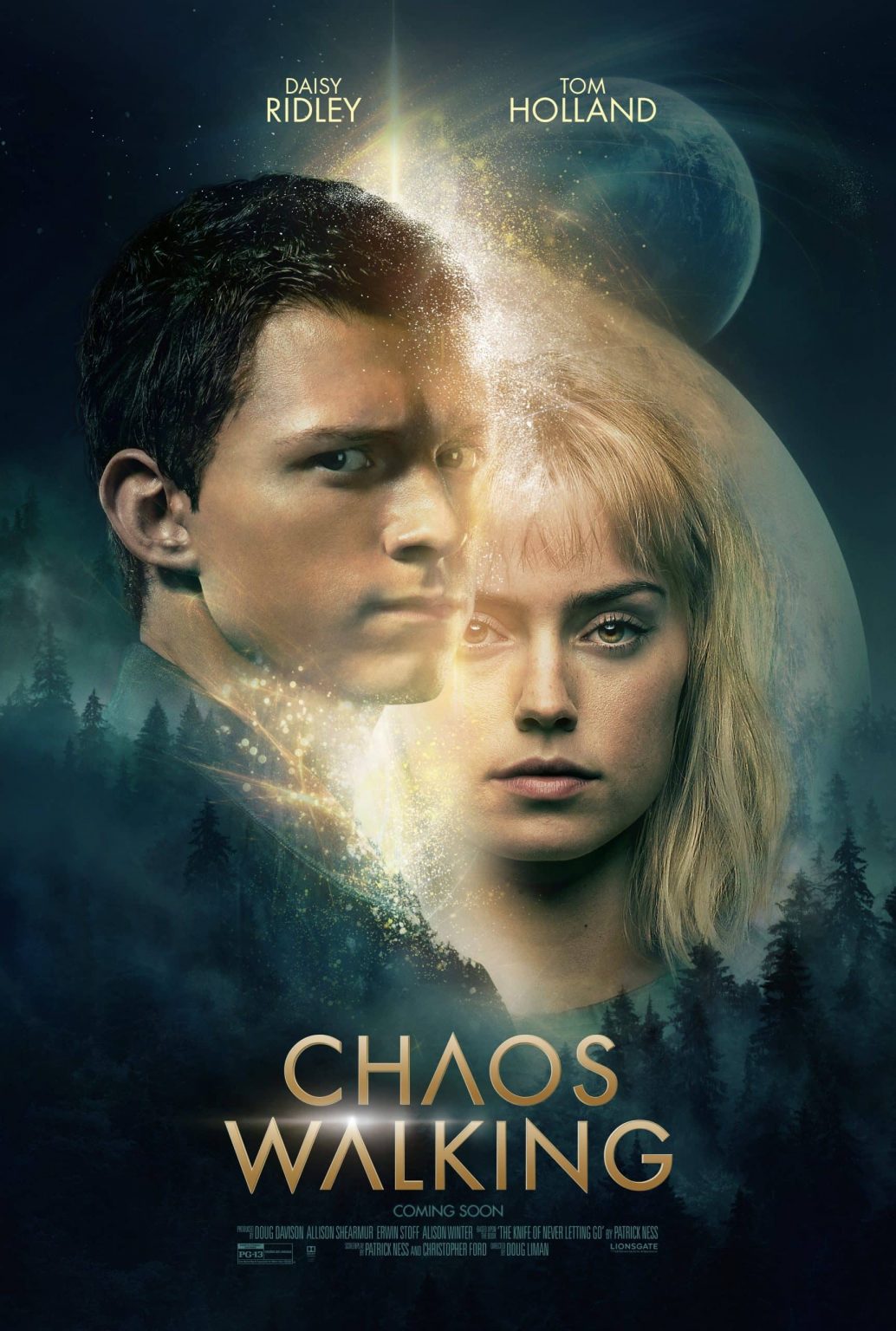 It’s been a long, strange road for “Chaos Walking,” the aptly titled film adaptation of Patrick Ness‘s 2008 novel ‘The Knife of Never Letting Go.’ Starring Tom Holland, Daisy Ridley, and Mads Mikkelson, the film had been “deemed unreleasable” following poor test screenings and audience reception back in April of 2019.

But as of this morning, the film finally has a trailer (film’s official website here), and two new posters which you can see below.

A report from The Wall Street Journal claimed the film, which was originally set to release back on March 1st 2019, had such poor test screenings that reshoots were needed, which in turn brought the film’s ballooning budget to around $100 million.

Apparently the film has “turned out so poorly it was deemed unreleasable by executives who watched initial cuts last year, according to current and former employees.” “Chaos Walkin”g indeed. Of the three weeks of planned reshoots, “We wouldn’t be shooting more if we didn’t think we could make this movie work,” Lionsgate Chief Executive Jon Feltheimer told the WSJ.

Screenwriter Charlie Kaufman (“Eternal Sunshine of the Spotless Mind,” “Being John Malkovich,” “Adaptation” ) wrote the most recent draft of the script, along with Jamie Linden, Lindsey Beer, Gary Spinelli, and John Lee Hancock.

In the near future, Todd Hewitt (Holland) has been brought up to believe that a viral germ has killed all women in a colony world and unleashed Noise, the special ability to hear people’s and animals’ minds. Later, he comes upon a patch of silence and soon discovers the source of the silence: a mysterious woman named Viola Eade (Daisy Ridley). On the run, they learn more about the true history of the New World.

We’ll let you know when we hear about a possible release date.