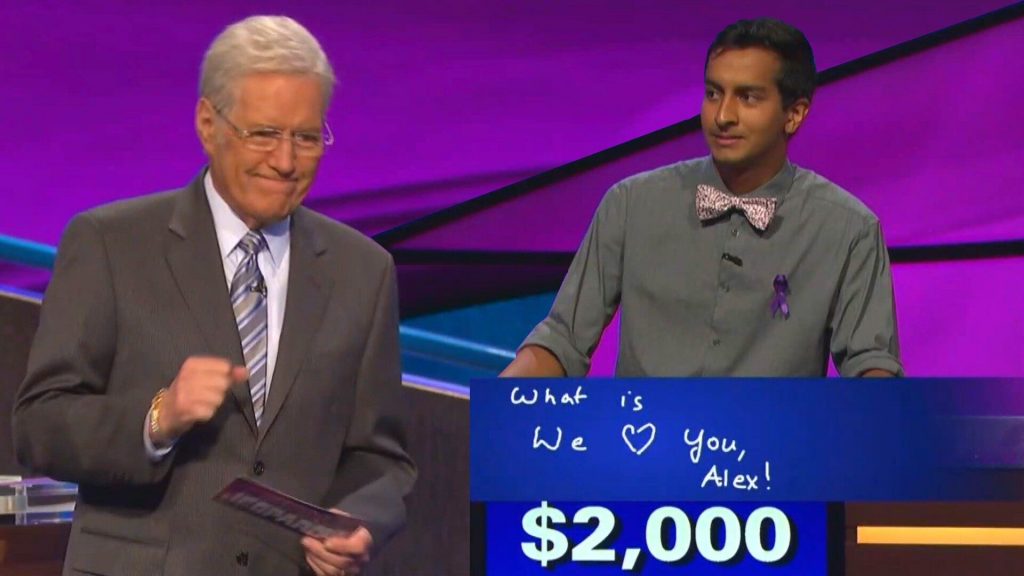 Alex Trebek passing away was a really rough announcement to read. He’s been a part of my life since I can remember. No, I didn’t know him personally or anything, but he was part of my Nana’s hour block of shows she HAD to watch. It was “Jeopardy” and “Wheel of Fortune.” So naturally now with my Nana having passed he was kind of my connection to her. This one hurt. But I believe that he wanted to give us one last gift. And that was his filming enough episodes to last us until Christmas day.

It may not seem like a big deal having recorded exactly that amount of episodes. He would film a few episodes a day so that he would only have to work a few days a week historically. And so that the contestants would be able to pop in and out without having to plan extensive trips. But I think this was his way of signing off. Knowing that fans would be able to watch him for a while would help them with his passing. Because once he was able to relax I think that was his time to say goodbye.

You may think this is crazy but think about it. He was the first to announce his cancer and he was very thoughtful with how he put it. He always had the fans in mind and there’s no way he would go without us in consideration. With 35 years of hosting he was able to amass a huge collection of episodes that we can now revisit.

In a special message shown at the start of the first episode to air following Trebek’s death, Mike Richards, the executive producer of “Jeopardy,” spoke about the loss of the longtime host.

“Over the weekend, we lost our beloved host, Alex Trebek. This is an enormous loss for our staff and crew, for his family and for his millions of fans. He loved this show and everything it stood for … He will forever be an inspiration for his constant desire to learn, his kindness and for his love of his family.

We will air his final 35 episodes as they were shot. That’s what he wanted.”