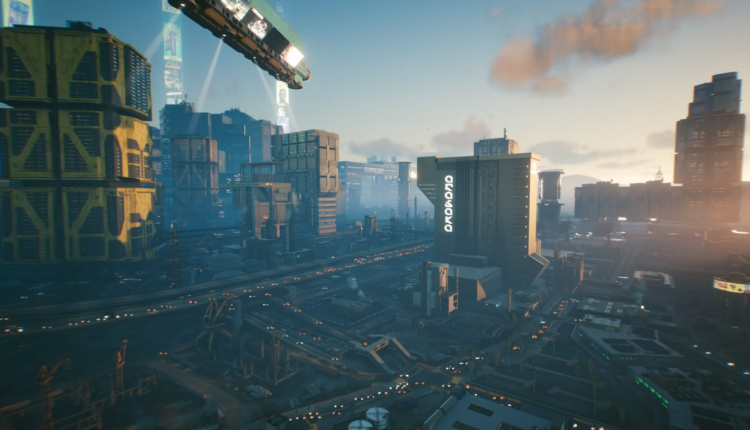 Hollie Bennett was back to host episode three of Night City Wire last night. This time around we got a tour of Night City, an exploration of the gangs within it and new gameplay videos.

First off, we got a closer look at Night City. There’s a lot going on in this city for better and worse. Homelessness is up 300%, crime rates have doubled and you’ll have to stay on your toes to stay alive. Despite that, there is some real good to find in the city. Excellent food vendors by the docks, beautiful light displays featuring fish and the bright night clubs are just a few must sees. You can learn more about Night City’s history and sites at www.nightcity.love.

Hollie then talks with senior level designer Miles Tost. Miles explains how CD Projekt Red really worked to emphasize Night City as its own character. There are six distinct districts each further divided into sub-districts. Exploration is more vertical and you can find yourself in a variety of situations as you make your way to a destination. This city is truly vibrant and alive, anything can happen at anytime. The development team have been placing individual pieces of trash throughout the city by hand to create the small details that bring the city to life.

Next, we got a look at the gangs of Night City. Maelstrom (or scabs) are the gang with the highest body count. They are extremley volatile and are highly cybernetic. The Valentinos are a gang that follows god and a sense of honor. For every indescretion they have a suitable punishment. 6th Street is a gang with a bone to pick with the Valentinos. They are all about patriotism and exercising their second amendment rights. The Voodoo Boys are the best runners in town. Some people believe them to be a myth, but they occupy their own island cut off from the city. Animals are the craziest gang in the city. They are hired muscle and all about brawling.

Tyger Claws is a gang with a very samuari-inspired look. They sell items on the black market and break the kneecaps of those who ask too many questions. The Moxes are the outcasts and freak shows. They emphasize community and protect each other while trying to improve the city. Finally outside city walls, the Wraiths rule the roads. They help and support each other and put a stop to anyone that upsets their delicate balance. What role do these groups actually play in the game though?

Hollie discusses this very matter with quest director Mateusz Tomaszkiewicz. You will encounter gangs in different parts of the city as you explore and complete quests. Some of them may even hire you for jobs. Each gang gives you access to special vehicles, clothing and weapons you can utilize throughout the game. As a Merc you can never join a gang, as none of them will ever trust you enough to be loyal. Instead, you will stick to the Afterlife. They are a legendary group of Mercs who get the best jobs and money in the city.

Finally, the show closes by showing off the five finalists of the “Cyberpunk 2077” PC case mod contest. These five finalist are competing for an Alienware Aurora model PC, Nvidia Geforce RTX 2080 TI and other great gaming gear. If you want to see if the winner’s concept will be available on charity auction and watch the whole contest, keep an eye on CD Projekt Red’s social media channels.

You can watch the entire show here.