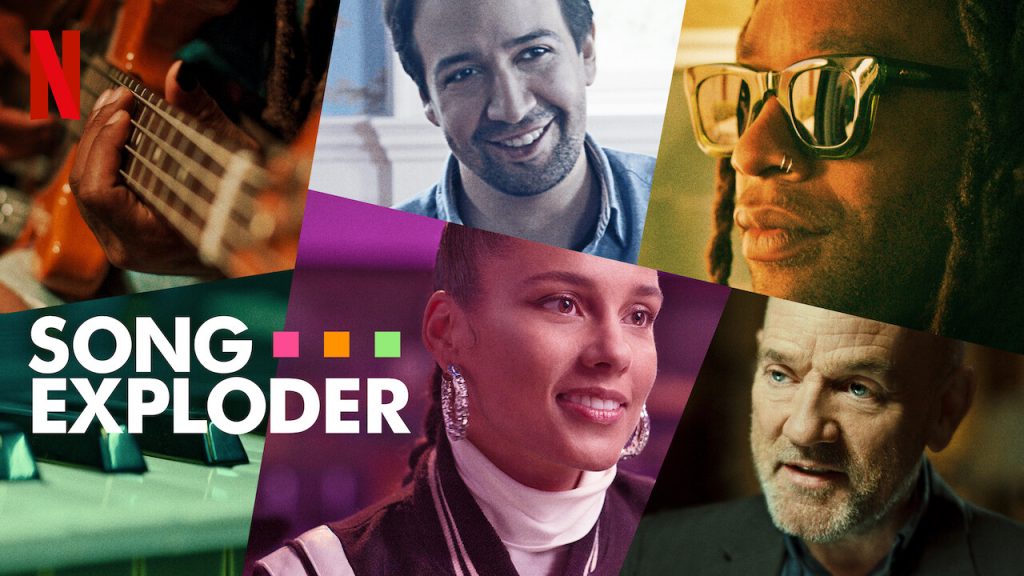 New Netflix Series “Song Exploder” is for ALL the Music Lovers

Michael Stipe. Lin-Manuel Miranda. Alicia Keys. These are just SOME of the incredible creative talent onboard for Netflix’s newest docuseries, “Song Exploder.” Based on the popular podcast of same name, “Song Exploder” spotlights some of the world’s greatest musicians as they reveal how they brought their songs to life.

Netflix released the first trailer and slew of images this morning, and we couldn’t be more excited!

Based on the acclaimed podcast of the same name, and from host Hrishikesh Hirway and Oscar®-winning filmmaker Morgan Neville, each episode of “Song Exploder” features some of the world’s greatest musicians as they reveal how they brought one of their songs to life. The series weaves together in-depth interviews, archival footage, and raw recordings as each artist breaks down their song, layer by layer, sharing intimate insight into the personal inspiration behind the music and lyrics. Featured artists include 15-time Grammy® Award-winning artist, songwriter, and producer Alicia Keys, who breaks down “3 Hour Drive” from her 2020 album, ALICIA; Pulitzer Prize, Grammy, Emmy, and Tony Award-winning composer, lyricist, and actor Lin-Manuel Miranda, who delves into the creation of “Wait for It” from the musical phenomenon “Hamilton”; Rock & Roll Hall of Famers R.E.M. who open up about the influences behind the life-changing track “Losing My Religion”; and Grammy-nominated singer, songwriter, and producer Ty Dolla $ign who discusses the inspiration behind “LA,” the deeply personal opening track from his gold-certified major label debut album, FREE TC.