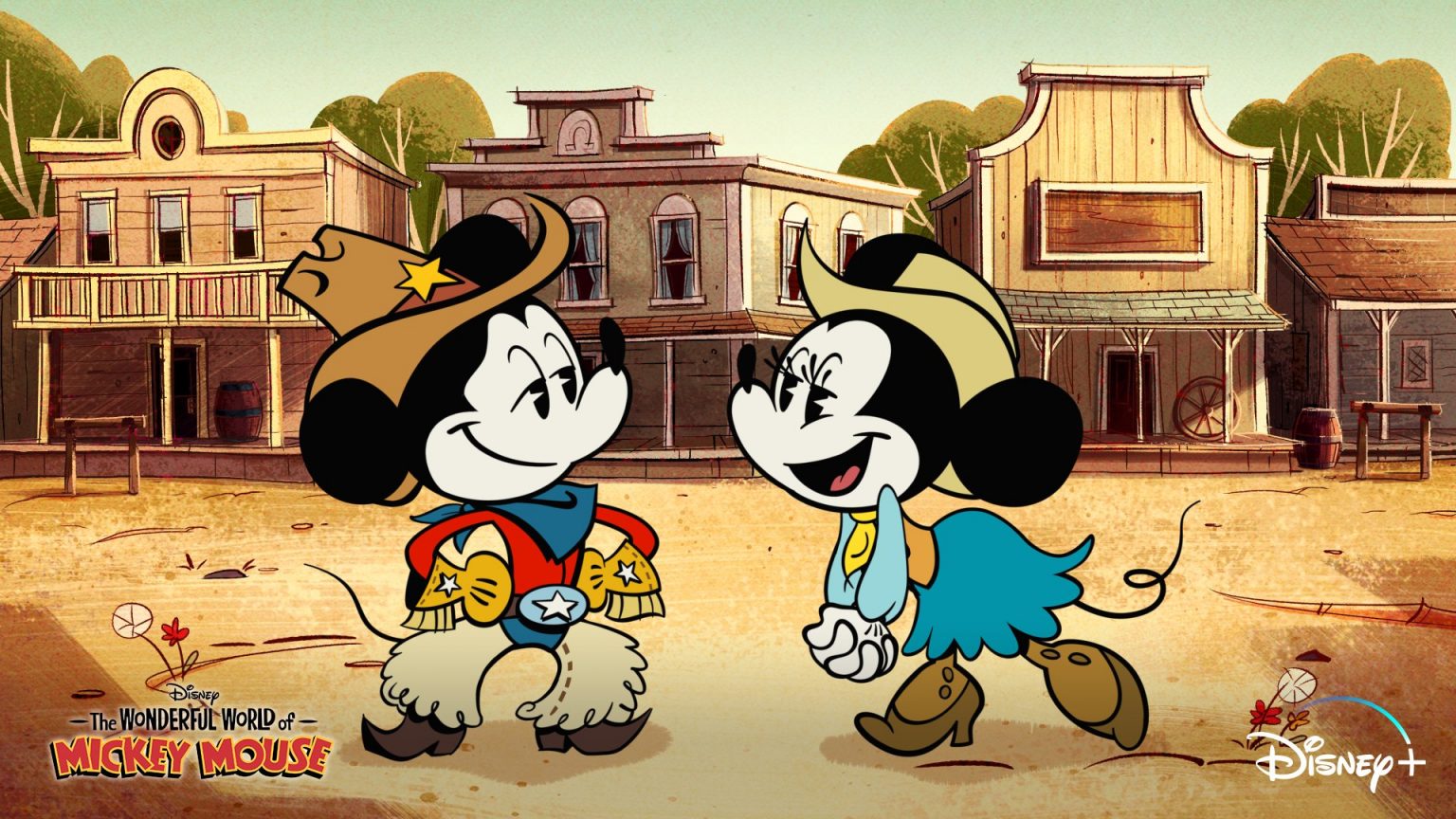 We are delighted to share the news that Walt Disney Studios’ streaming service Disney+ will be debuting a brand-new Mickey Mouse animated series later this year! “The Wonderful World of Mickey Mouse” hails from the same Emmy Award-winning team behind the recent “Mickey Mouse” cartoon shorts.

According to a press release from Disney+, the series will bring all of Mickey’s pals- Minnie, Donald, Daisy, Goofy, and Pluto- to the small screen as they embark on their greatest adventures yet- navigating the curveballs of a wild and zany world where the magic of Disney makes the impossible possible.

And, it’ll be premiering on Mickey’s birthday- Wednesday November 18th.

You can read the full press release below:

Mickey Mouse and friends are heading to Disney+ in the all new-animated shorts series, “The Wonderful World of Mickey Mouse.” From the team behind Disney Channel’s Emmy Award-winning “Mickey Mouse” cartoon shorts, the new Disney+ original series will debut on Mickey’s birthday, Wednesday, November 18, with two new shorts rolling out every Friday beginning November 27. Ten shorts will premiere this year, with 10 additional shorts set for Summer 2021.

In “The Wonderful World of Mickey Mouse,” it’s nothing but fun and excitement for Mickey and his best pals – Minnie, Donald, Daisy, Goofy and Pluto – as they embark on their greatest adventures yet, navigating the curveballs of a wild and zany world where the magic of Disney makes the impossible possible. Each seven-minute short is filled with laugh-out-loud comedy, modern settings, timeless stories, new music and the unmistakable classic art style of the “Mickey Mouse” shorts. The series will include stories inspired by various lands at Disney parks and cameos by classic Disney heritage characters.

Marked by a contemporary art style that harkens back to Mickey’s 1928 beginnings, the “Mickey Mouse” cartoon shorts premiered on Disney Channel in 2013 and ran for five seasons, consisting of a total of 96 episodes, and garnered seven Primetime Emmy Awards, two Daytime Emmy Awards and 21 Annie Awards. The shorts inspired a global line of consumer products, toys and clothing as well as the new attraction, Mickey & Minnie’s Runaway Railway, the first ride-through attraction in Disney history starring Mickey Mouse and Minnie Mouse, now open at Disney’s Hollywood Studios at Walt Disney World Resort in Florida. All five seasons of the shorts are currently available to stream on Disney+.