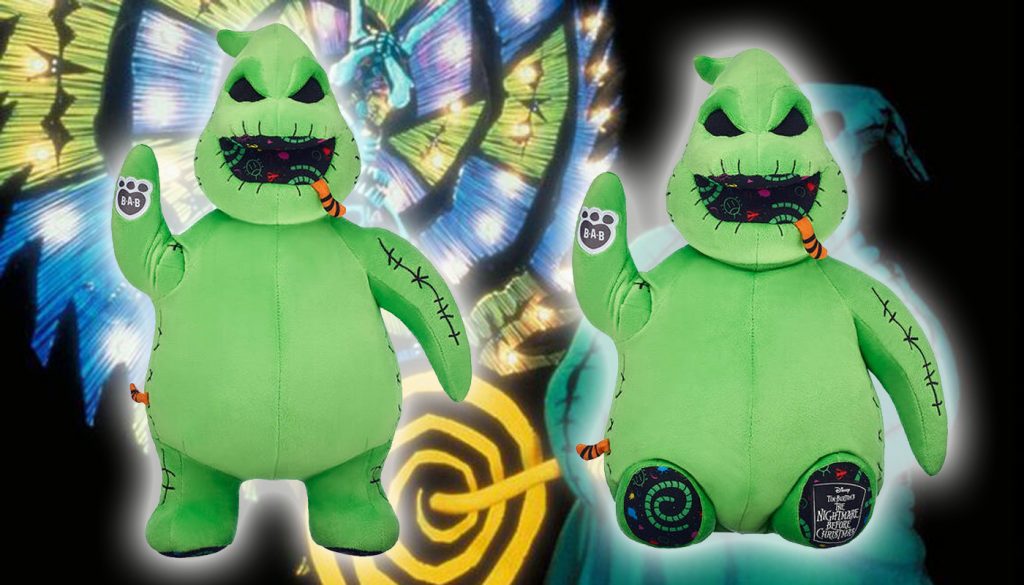 Last year Build-A-Bear released an awesome Jack and Sally bear set. This year they are ramping things up with a limited edition Oogie Boogie that you’re going to want to put right up with the two bears from 2019. They are listing him as an online exclusive so you won’t find him in stores. And we’re predicting that he is going to sell out fast.

Not only is Oogie Boogie soft and cuddly, but he also comes with “Oogie Boogie’s Song”. You may want to check out the listing over at Build-A-Bear just to listen to it. It’s the one that you just can’t help singing along to.. “Wooah, I’m the Oogie Boogie Man.”

Right now he’s selling as a bundle which includes the doll and the sound for only $37. But I would probably add a scent to him if you can. Probably a candy smell, they do have cotton candy usually available.

If you want to check out the Jack and Sally Build-A-Bears you can by clicking the link here.