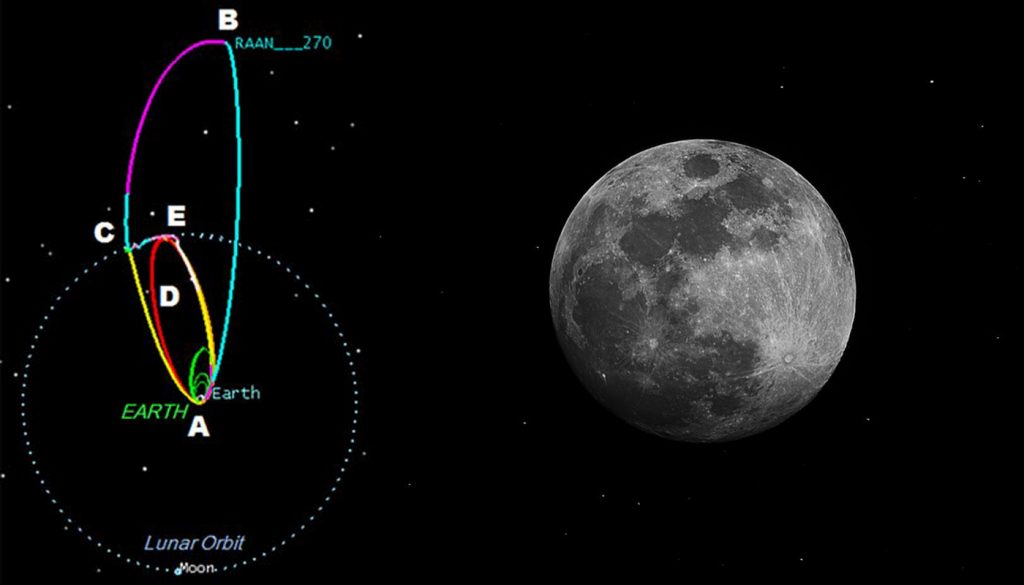 NASA Just Patented a Cheaper, Faster Way to Get to the Moon

The moon while close is also quite far away. Normally an expedition to go there would take about three Earth days. But now NASA has patented a new trajectory that would cut that time as well as decrease the cost to get there. Because think of all the money you would be able to save on fuel.

The new trajectory may help a planned spacecraft called the Dark Ages Polarimeter Pathfinder reach lunar orbit and repeatedly fly through a “cone of silence” on the far side of the moon. That spacecraft could detect signals from the first atoms, stars, galaxies, black holes, dark matter, and more, leading to big discoveries about how the universe evolved.

The patent covers the trajectory, which would take the spacecraft into a “cone of silence.” It would orbit around the dark side of the moon and detect signals from the first atoms, stars, galaxies, black holes, dark matter and more. This would then lead to even more information about how the universe evolved and continues to change.

They are expecting when the spacecraft does launch on this trajectory that it will win the Nobel Peace Prize since it will bring us so much new information about space.

Read more about it here.