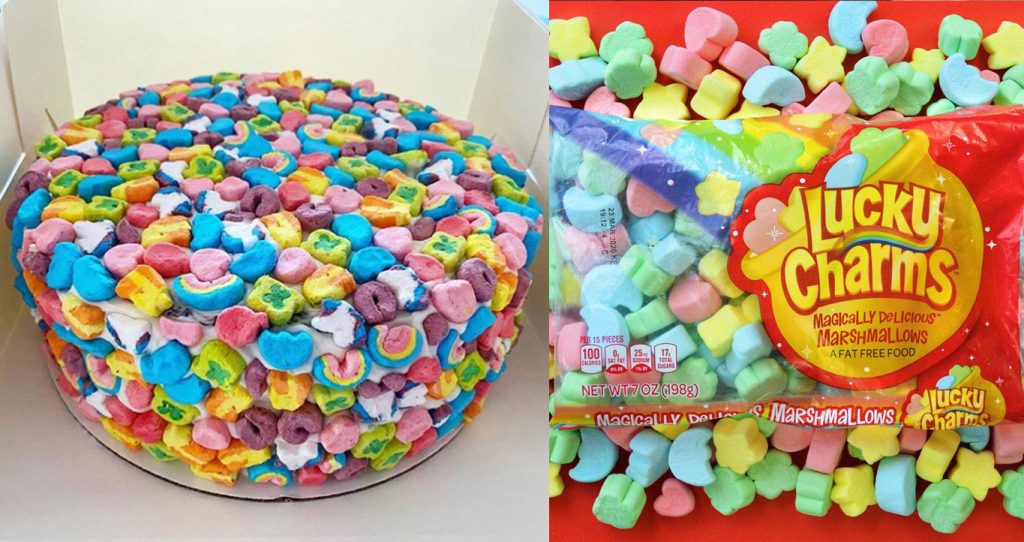 Lucky Charms All Marshmallows Can Now be Found in the Baking and Cereal Aisles!

If you love Lucky Charms, or rather just the marshmallows then we have some good news for you! Starting to be spotted in places like Walmart/Target are those glorious bags of marshmallows that they promised us earlier this month. People are snatching them up quick to snack on or bake with. And they can be found in the baking/cereal aisle at your local grocer as well.

Notice with this one it comes in a resealable bag. Probably because it’s meant to be used over and over with whatever cereal you’re getting. Which is actually kind of a neat trick that can be used by mom and dad to get their kids to eat healthier cereal underneath. That is if they don’t just pick off the marshmallows and call it a day.

The smaller bags are being found in the baking aisle and can be used for things like cake toppings and confectionery accouterments. These are the bags that don’t reseal because they assume if you’re using them for baking you’ll probably use them all in one go. Jokes on them though, these are obviously going straight in the old mouth hole and we can use the old twist and tie to keep the bag fresh mwahahah.

Of course you could always make a cake that looks magically delicious as well.