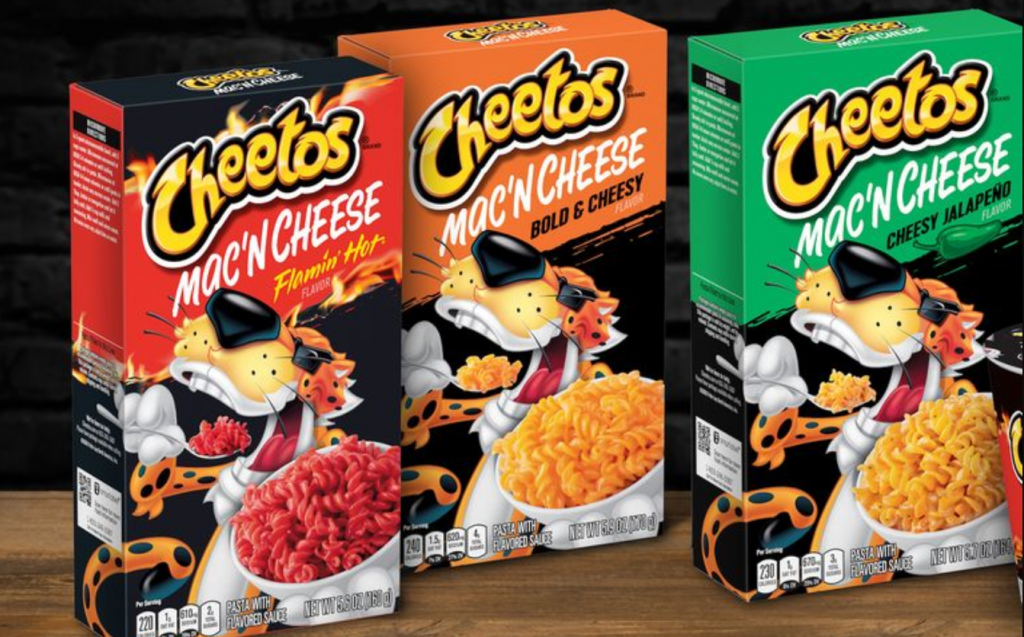 Cheetos, Mac & Cheese Teaming Up for Some Delicious New Flavors

Ok when I first saw this I have to admit, the idea of Flamin’ Hot Mac & Cheese was just not appealing to me. Then when I looked again and saw that they would have Jalapeno Cheddar? Well that was what did it for me. Cheetos and Mac & Cheese have teamed up and are bringing us three new flavors. The two listed above, and also a “Bold and Cheesy” flavor that will be like the original recipe of Cheeto.

The snack is the traditional corkscrew pasta with seasoning from Cheeto. Of course if you wanted to put a little crunch in there, which I fully recommend you could get the regular Cheeto counterpart and smash them up and mix them in. Of just make a nice crust on the top.

The snack is set to hit shelves in box and cup form and sell for less than a dollar. That’s right you can get all your cheesy deliciousness for less than a buck! Walmart will be the first retail store to have these on August 8th and then by next year they should be available more widely.

If you want to make sure you get them first you can check out Walmart’s product locator.