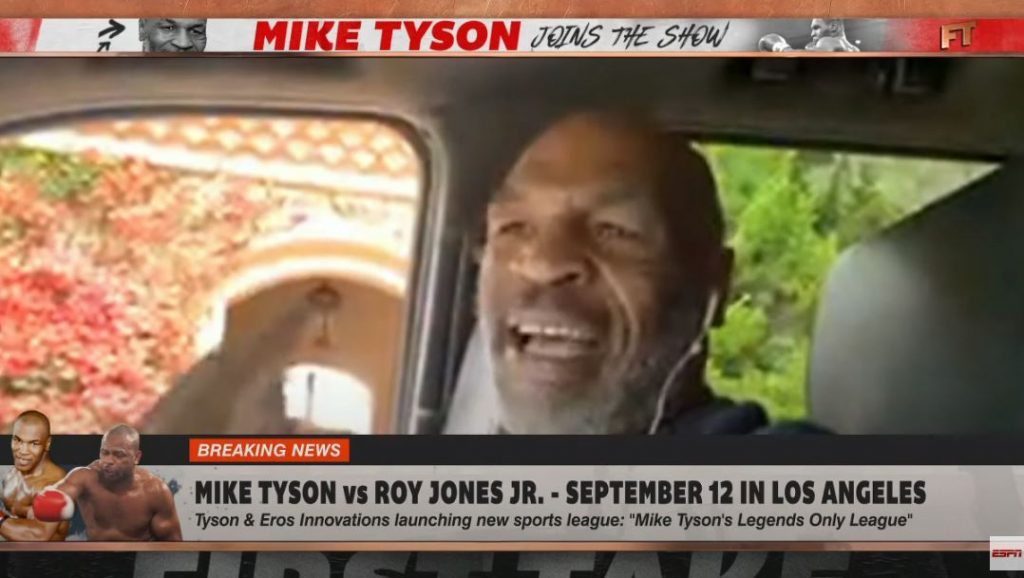 Mike Tyson is returning to boxing at the age of 54, after taking a 15-year hiatus. He will be boxing in a live event for Pay-Per-View and a new music app Triller which holds exclusive rights to the behind the scene documentary of the fight. He will be fighting 51-year-old boxing champ Roy Jones Jr..

Last time he boxed was in 2005, against Irish-born heavyweight Kevin McBride and he lost in a TKO. In his prime the champion boxer held a record of  50 wins, 6 losses, and 2 no contests. He’s gone through a lot of media focus from biting Evander Holyfeild’s ear clean off to being convicted of rape in the 90’s. This new event is one that will certainly draw a lot of attention even from those who don’t follow boxing.

The event’s documentary will be released two episodes at a time on Triller. “Frontline Battle” is the name of the event and is meant to kick off a series of these matches. The fight is sponsored by Tyson’s new Legends Only League, a sports venture owned by Tyson and Eros Innovations, an investment group affiliated with Eros International.

According to Variety, this “Frontline Battle” venture will produce “significant undercard matches” and have musical performances. Which fits into the original them of Triller.