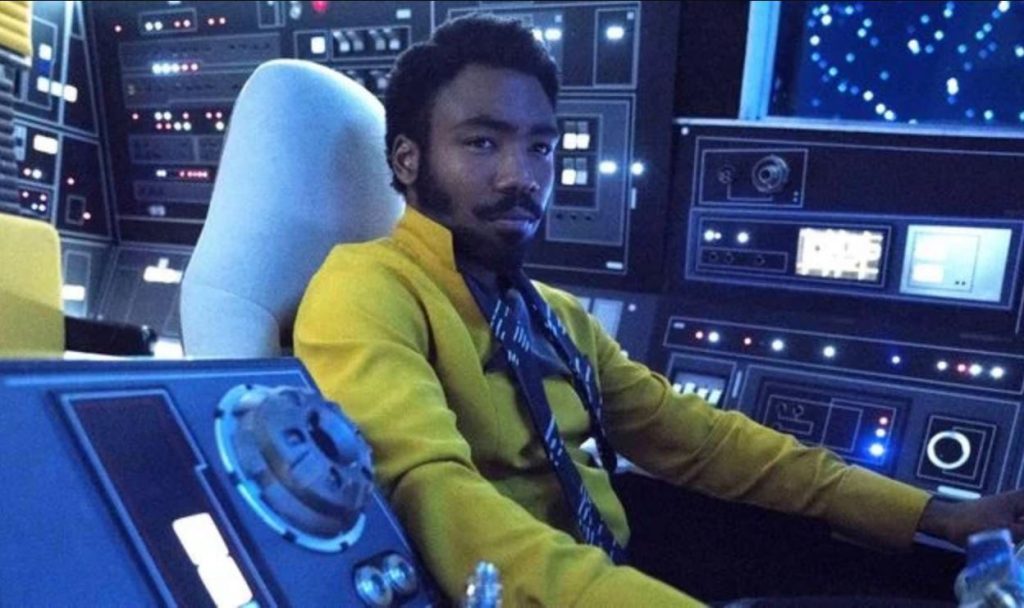 When Donald Glover was cast as young Lando Calrissian in “Solo: A Star Wars Story,” a lot of fans were happy. Not only is Glover an all-star actor but he’s also an amazing musician. Knowing that he was going to be working on the film was a welcome relief to the anxiety we all felt about a “Solo” stand alone movie. Because at least we knew he was good. Well now according to rumors, he may be getting his own show.

It started as a rumor on a podcast and got picked up by several other outlets. On an episode of Kessel Run Transmissions hosted by Corey Van Dyke and Noah Outlaw, Van Dyke said, “We’ve heard Donald Glover is coming back as Lando in his own series.”

This would be an interesting show and personally I would love to see it happen. But for now as always with these kinds of rumors it’s best to take this with a grain of salt. Until we hear something official from Disney/Lucasfilm it’s best not to get our hopes up. Even though we really really want this.

It would be super perfect for Disney+.

What I’m hoping is that if they do this they touch on the fact that Lando had a kid he watched grow up from afar. Though she would just be a baby at this point if she was even born yet. One of the things that they didn’t cover completely in the last film of the Skywalker Saga was that Jannah was Lando’s daughter and I think it would be neat to incorporate that story somehow.

What do you think of Donald Glover getting his own Star Wars show? Tell us in the comments!