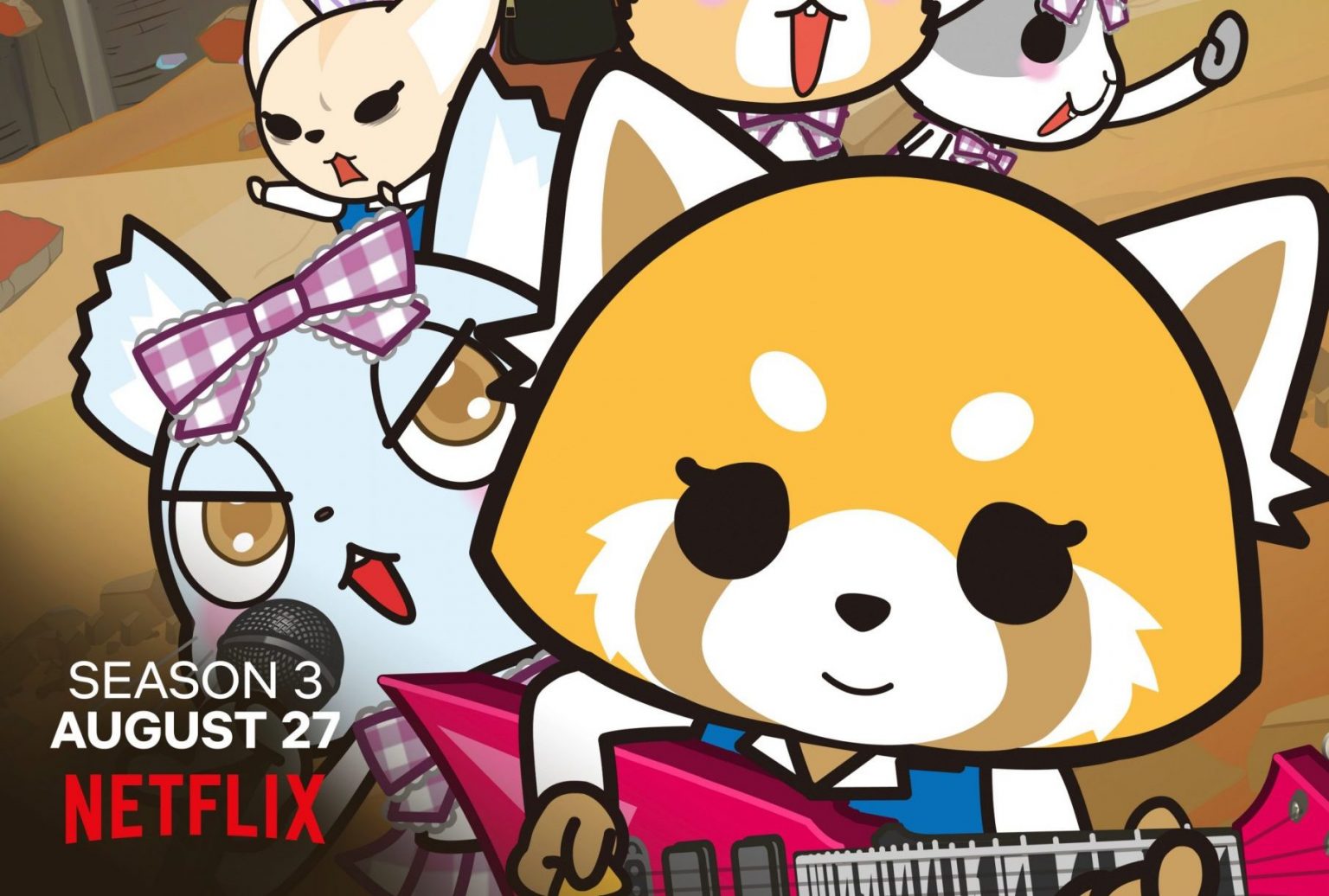 If you’re like me watching “Aggretsuko” or Retsuko fight her daily battles of work, life and love is very therapeutic. After watching seasons one and two I don’t know how many times over again, waiting for season three has felt like a long time coming. But now thanks to a new tweeted poster we know when it will be coming back to tell us more story. And that’s August 27th!

Here’s the poster outside of the tweet if you want to take a look at the full thing.

In the poster we can see up front and center Retsuko who is wielding a guitar. Her co-worker who we’ve all been vying to get together with her Haida seems to be in focus at the top. We see Fenneko, Washimi and Gora along with that little weasel Komiya. And quite a few new faces including those girls in bows who look to be like singers for a band. There’s also a unicorn, cheetah and dog that look to be new characters added to the mix.

We don’t know what the plot for this new season will be but we’re excited nonetheless. Netflix had announced the new season August 4th 2019, and with it being released August 27th of this year means that we waited over a year to see it come to our screens. I can’t wait to see Retsuko tear it up! Can you?