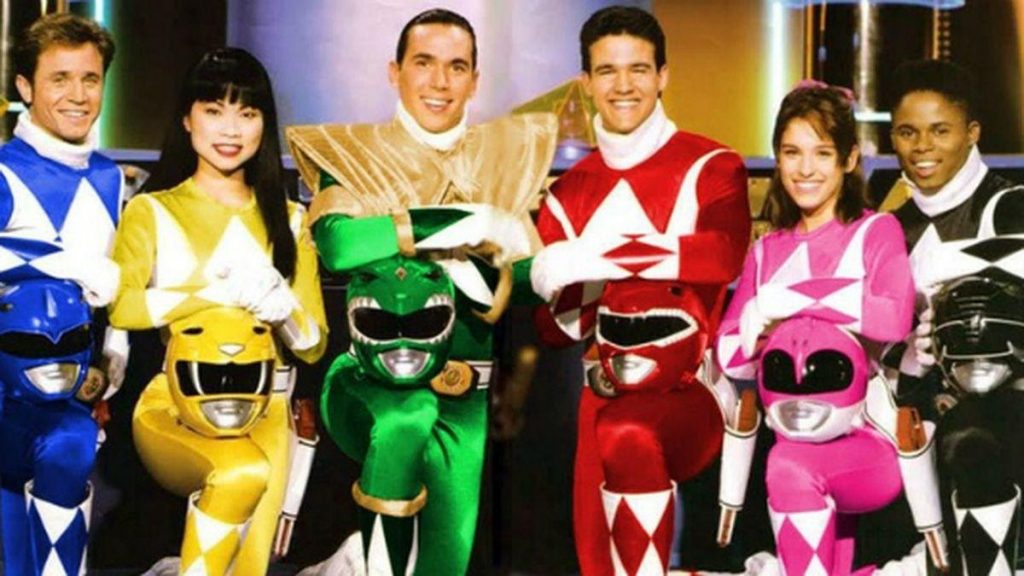 3 Power Rangers Crossovers to Add To Your Binge-Watching List

The popular live-action television series that took the world by storm in the early 1990s, the Power Rangers franchise is undoubtedly worth billions of dollars. Since it was adapted from the Japanese Super Sentai series, the show offered various effects, designs, and features that instantly grabbed the attention of viewers belong from multiple generations.

A show that extends well over 25 years, there is no doubt that it has amassed millions of diehard followers. According to Power Rangers‘ official YouTube channel statistics, there are over 6 million subscribers, over 4 billion video views, and around $60,000-$361,000 earnings in the past 30 days.

As of 2019, the franchise has over 27 television seasons, 20 different themed series, and three major theatrical film releases.

Let’s take a quick look at some of the best crossovers in the Power Rangers’ universe that you need to binge-watch now!

The thirty-fourth episode of Power Rangers: Wild Force offers a colossal crossover of all the Red Rangers from the entire series at the point of time coming together to beat the massive Serpentera. Considered as the most massive Zord, Sepentera was co-piloted by Goldar and the personal choice of Lord Zedd when he wanted to take things seriously.

The events of the episode center on the era after the destruction of the wicked Machine Empire with surviving members seeking to destroy our planet. Knowing that Serpentera can easily destroy the planet once awakened, General Venjix begins unearthing the colossal calamity buried somewhere on the moon by its evil master.

The episode is considered a fan favorite as it shows all the Red Rangers from the series coming together and forming an unbeatable team to overcome odds stacked against them. You will find Tommy Oliver, Cole, Cater Grayson, Wes, and even Jason Lee Scott making appearances along with other veteran rangers.

The plot of this episode is faced pace, blink an eye, and you will definitely miss a corkscrew kick! With Red Rangers showing up from as many as 10 Power Rangers series, this one definitely takes a sweet spot on this list!

In a world where we have teenagers morphing into superpower rangers with an arsenal of gadgets and goodies, we also have mutant turtles that kick ninja ass under the shadows of a metropolitan city of New York.

Yes, that’s right, this fourth episode of Power Rangers in Space has our favorite rangers working as a team with fan-favorite Ninja Turtles: The Next Mutation. The synopsis of the episode is basically Astronema trying to brainwash a similar team of teen heroes to get her revenge on the Space Rangers.

The plot thickens as she is able to get her hands on none other than the Teenage Mutant Ninja Turtles and quickly turning them to serve her command. But valiant heroes never go down in history as evildoers.

And as lady luck would have it, the turtles are freed from Astronema’s spell when the Astro Megaship in which they are traveling is hit by a huge surge caused by an electric storm. After coming to their senses, the TMNTs realize that victory against the vile sorceress lies in collaborating with the Power Rangers in order to get rid of this source of evil once and for all.

No wonder higher education students hired the best essay writing service so that they can enjoy this episode without any disruptions in between. Certainly worth your time, although secretly I do wish another crossover where the TMNTs also get to morph and have their own ranger uniforms, COWABUNGA!!!

Ok, so the title itself should be a clear indication where this is going. The final and the twentieth episode of the Power Rangers Super Megaforce, this epic episode is marked by the appearance of Legendary Rangers all across the series to this point.

It is also the final episode where we see the Armada, the alien royal family led by Emperor Mavro, who served as the main antagonist of the Super Megaforce series. It is highly recommended, though, that you watch the ‘Extended Edition’ as it offers 43% additional footage than the original that aired on November 22nd, 2017, in the USA.

This version offers you both the Wrath episode and the Legendary Battle episode clipped into a movie format. You get to experience a wave of nostalgia as many legendary rangers from the past join forces together to beat the source of evil while being handicapped and unable to use their Zords.

A lot goes down, and the feature-length is filled with hard-hitting notes and even better fights choreographed perfectly to keep you at the edge of your seats. If you are a fan of the series, this is probably dedicated to you and your heart’s desire.

Power Rangers is a fan favorite amongst a lot of people from different age groups. There is simply no telling where the series would lead us towards in the future. However, in many crossovers, while adult audiences are instantly able to recognize cameos from veteran rangers, the younger audience members are always confused as to who that person was.

This goes to show just how long the series has expanded over the years. I would personally like to see a remake of both ZEO and the Mighty Morphin series considering that we have better technology and camera capabilities in recent times. Feel free to share your feedback in the comment section below. It’s Morphin’ Time!!!!

Melissa Calvert currently works as an Editor at Crowd Writer. This is where higher education students can buy essay online crafted by professionals with UK degrees. During her free time, she likes to read sci-fi thriller novels, including most notably the works of Isaac Asimov and Margaret Atwood.