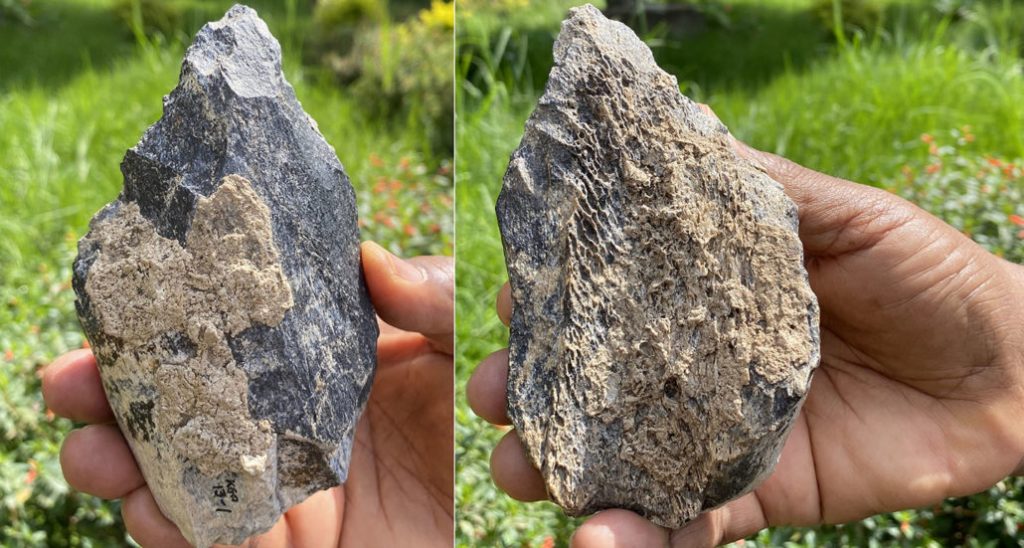 What always amazes me is the ingenuity that our ancestors had even when they lacked the tools we have today. Recently a 1.4 million year old tool was uncovered in Ethiopia in the ancient area of Konso-Gardula.

In the research article published by PNAS by; Katsuhiro Sano, Yonas Beyene, Shigehiro Katoh, Daisuke Koyabu, Hideki Endo, Tomohiko Sasaki, Berhane Asfaw, and Gen Suwa, it states that the bone is an important clue into what went into homo-sapiens tool box.

We’ve previously seen axes that were formed by breaking rocks and other materials but the bone one shown here shows advanced flaking technology.

This new discovery is the oldest known extensively flaked example from the Early Pleistocene and is a wonderful example of the advancement of tool technology. Check out the entire research article put out by PNAS by clicking the link here.

According to scientists, so far only the only bone hatchet that would be comparable to this one was found in Tanzania. That artifact dated between 1.3 – 1.6 million years and it’s manufacture is not as skillful as this specimen.