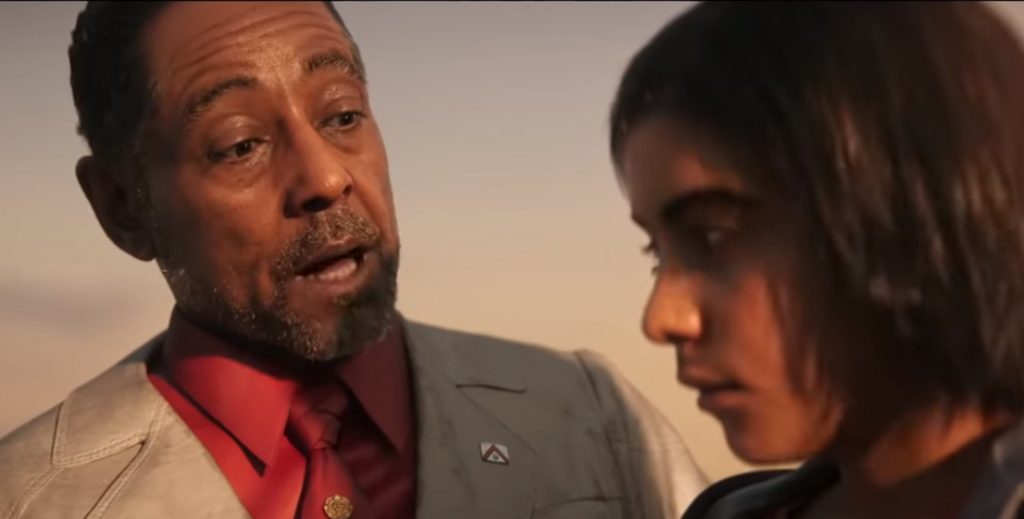 Our first glimpses of Anton Castillo ahead of the Ubisoft Forward event were something to behold. It wasn’t just that epic teaser of Anton lighting his cigar with a heavy-duty lighter. There was more to it than the menacing gaze he seems to pierce into our souls with. No, the root of our excitement comes from Anton being played by “Breaking Bad” star Giancarlo Esposito.

Recently, Giancarlo spoke with HypeBeast about the experience of playing the role of Yara’s dictator. Giancarlo admits that while he had heard of the “Far Cry” franchise before, he has never been a gamer. When Ubisoft approached him about playing the role of Anton, his only wish was that he wouldn’t have to play the role of Gus Fring again. So when he heard about exactly what kind of game “Far Cry 6” is, he thought to himself:

“Oh, a little island nation, a little African island nation that could be Latin America, that’d be a way to differentiate this character from anything I’ve played before.”

He was on board. From there, it was recording all of his lines and bringing Anton to life. This was no easy feat, as Giancarlo admits that they had to do multiple takes to produce multiple endgames for the title. That’s right, you the player will be able to make decisions that change how Anton’s story will end.

“The world is more complete now because you as a human being can make a decision in regard to what happens in regards to Anton Castillo. It’s a new world, and it’s a fabulous one to be in.”

So you better choose wisely, I have a feeling Anton is not the kind of character you should cross lightly. We’ll have to wait and see exactly what fate has in store for him though.