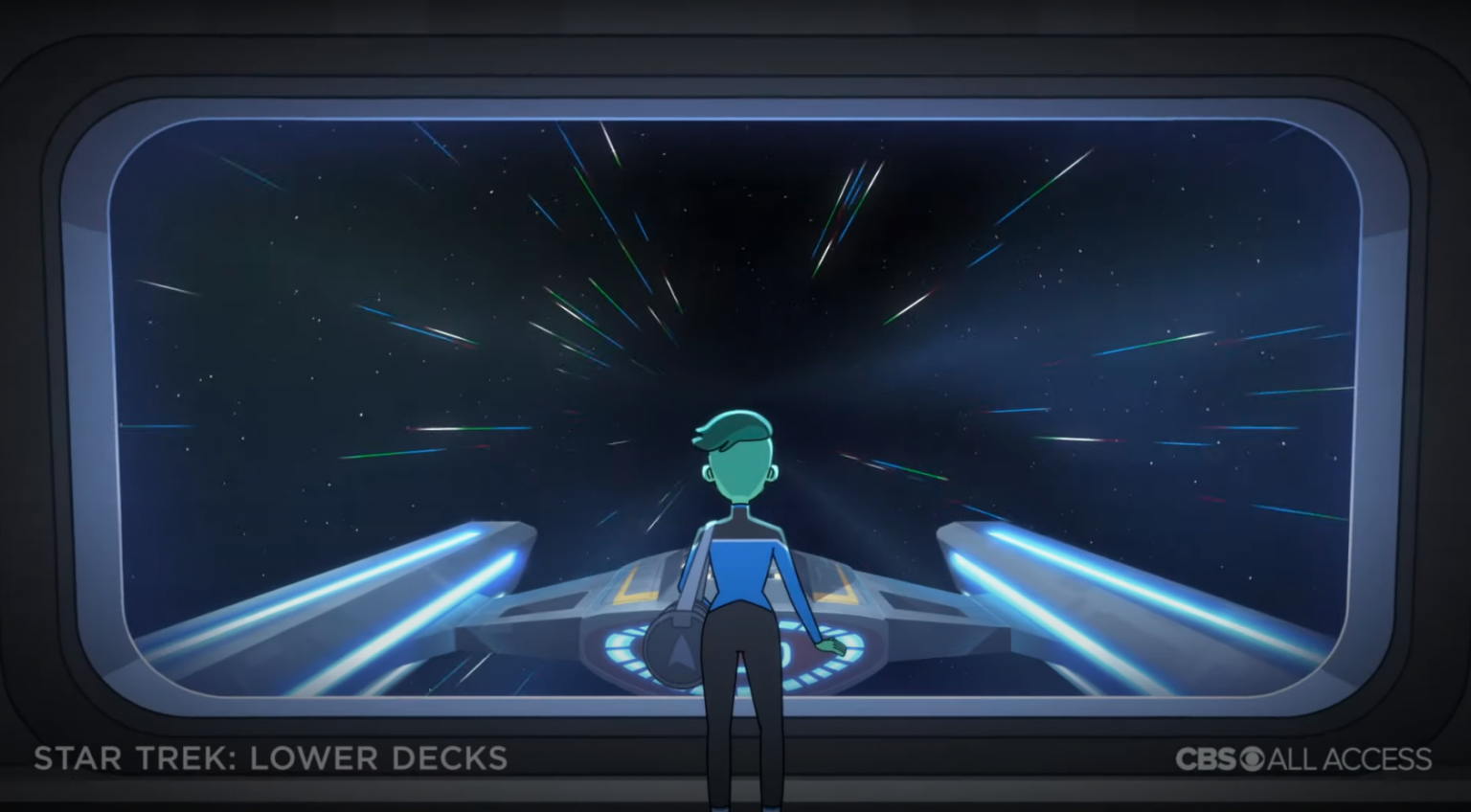 We all need a little something to make us laugh and smile right now, right? And what better way to accomplish that than with a trailer for the upcoming animated “Star Trek” spinoff series, “Star Trek: Lower Decks?”

Just released a little while ago, this trailer introduces us to the crew of the U.S.S. Cerritos.

Set in the year 2380, the series centers aboard the U.S.S. Cerritos. Crew members Ensigns Mariner (Tawny Newsome), Boimler (Jack Quaid), Rutherford (Eugene Cordero) and Tendi (Noël Wells) are tasked with “keeping up with their duties and their social lives while the ship is being rocked by a multitude of sci-fi anomalies.” Additional crew include Captain Carol Freeman (Dawnn Lewis), Commander Jack Ransom  (Jerry O’Connell), Lieutenant Shaxs (Fred Tatasciore) and Dr. T’Ana (Gillian Vigman).

“Star Trek: Lower Decks” premieres August 6, only on CBS All Access. Developed by Emmy Award winner Mike McMahan (“Rick and Morty,” “Solar Opposites”), “Star Trek: Lower Decks”, a new half-hour animated comedy series, focuses on the support crew serving on one of Starfleet’s least important ships, the U.S.S. Cerritos, in 2380. Ensigns Mariner, Boimler, Rutherford and Tendi have to keep up with their duties and their social lives, often while the ship is being rocked by a multitude of sci-fi anomalies.

The series will premiere on CBS All Access on Thursday, August 6th 2020. Each of the first season’s 10 episodes will be available on Thursdays to stream for users.