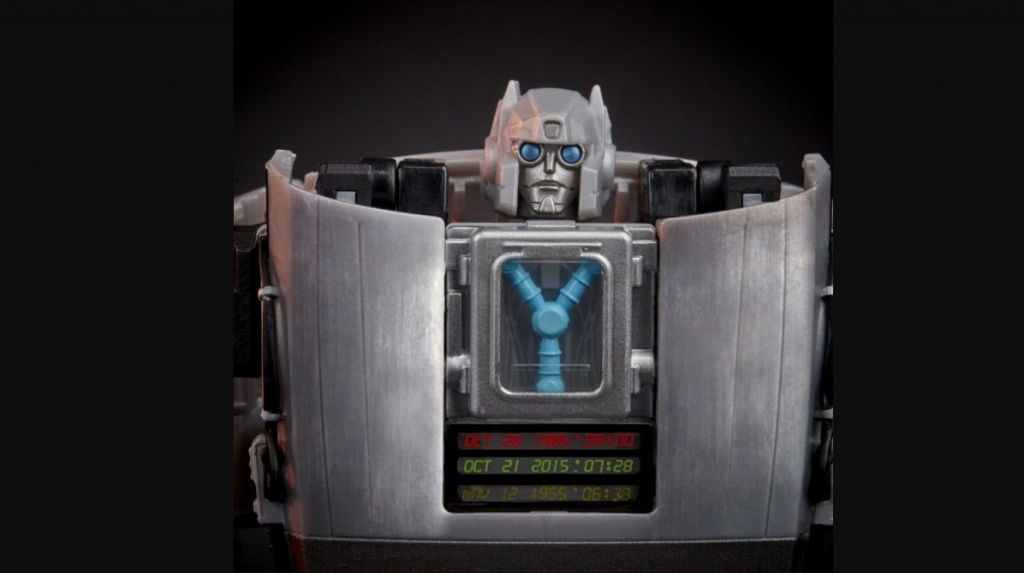 Meet “Back To The Future,” “Transformers” Crossover Gigawatt!

We’re kind of shocked it’s taken this long for someone to offer an official mashup between “Back To The Future” iconic DeLorean and “Transformers.” Meet Gigawatt the Autobot!

IDW will be releasing a 4-part comic book series all about the Autobot, and you can read the official announcement below:

From IDW comes Transformers / Back to the Future – the four-part, comic book series. The first issue cover is being revealed today, along with the story synopsis: Marty McFly has just returned to his home sweet home, Hill Valley 1985, and everything’s looking up… that is, until Marty and his friend Doc Brown’s time machine attracts the attention of the Decepticons! With one small mistake, Marty finds himself thrust into adventure to stop the Decepticon plot in the past, present, and future… all with the help of a new time machine: the Autobot, Gigawatt!

It’s worth noting there will only be 1,985 Gigawatts available for this first release, partially to celebrate the 35th anniversary of “Back To The Future” releasing on July 3rd, 1985.

But don’t worry if you can’t get him in this wave, when the comic series releases on October 1st, a second edition of Gigawatt will be available for purchase at Hasbro Pulse and other retail locations.