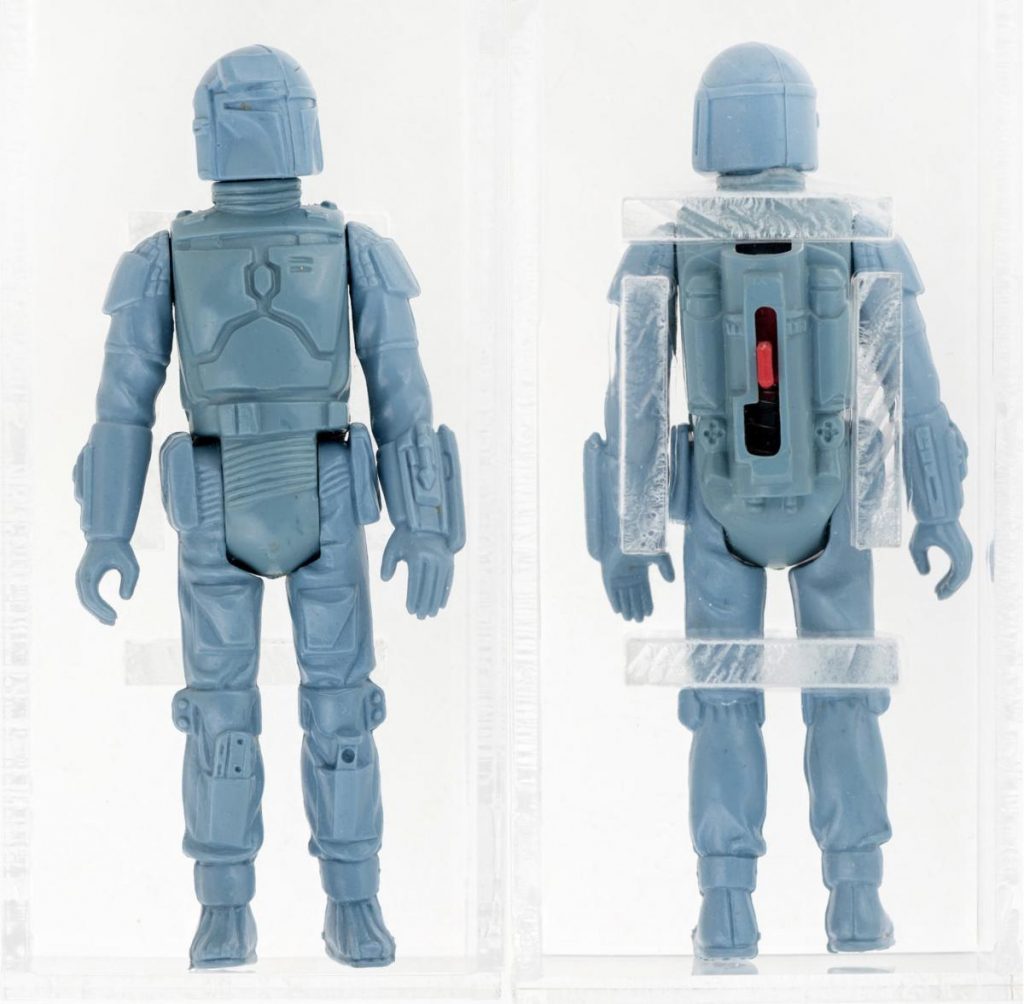 There are of course holy grail-level relics across all of fandom; a Babe Ruth-signed baseball, a Joe Namith football, and the vintage “Star Wars” Boba Fett rocket-firing action figure.

Legend has it that only few dozen still exist, if any, and those are in private hands that may or may not have direct connections to Kenner Toys and the unpainted prototypes.

“This is the kind of piece that transcends collecting,” says Zach Tann, a toy collector himself who is brokering the eBay sale for the current owner [a man in Dubai who wants to remain anonymous] told ABC News. “Every time it sells it breaks another record, because they just don’t come very often.”

Back in 2018, another Boba Fett prototype sold $112,926, breaking the existing record. Just a few months later, the record fell again when someone bought another one for $185,850.

You can see the eBay listing here for yourself.