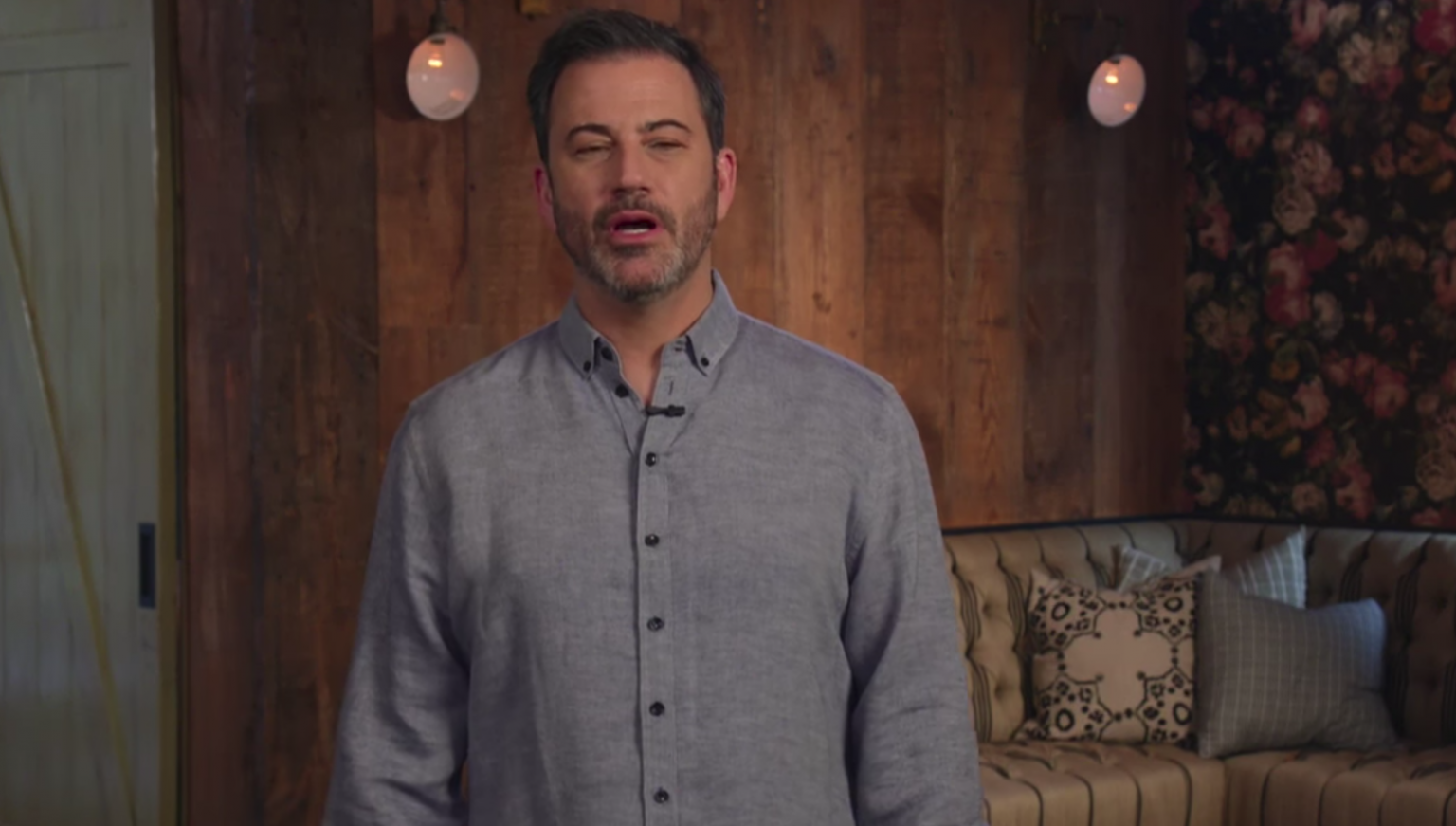 Jimmy Kimmel sent out a formal apology Tuesday as a way of addressing the videos of him in blackface that have been unearthed from his time on the Man Show. He also apologized for his use of the N word he used multiple times in a comedy album from 1996,  Family Christmas in Your A**. He says he didn’t want to make light of it because he would be deemed a hero for apologizing and until now has put it off. But he’s finally decided it’s time to address it.

In a Statement to ET he said:

“I have long been reluctant to address this, as I knew doing so would be celebrated as a victory by those who equate apologies with weakness and cheer for leaders who use prejudice to divide us. That delay was a mistake. There is nothing more important to me than your respect, and I apologize to those who were genuinely hurt or offended by the makeup I wore or the words I spoke.”

“On KROQ radio in the mid-90s, I did a recurring impression of the NBA player Karl Malone. In the late 90s, I continued impersonating Malone on TV. We hired makeup artists to make me look as much like Karl Malone as possible. I never considered that this might be seen as anything other than an imitation of a fellow human being, one that had no more to do with Karl’s skin color than it did his bulging muscles and bald head. I’ve done dozens of impressions of famous people, including Snoop Dogg, Oprah, Eminem, Dick Vitale, Rosie, and many others. In each case, I thought of them as impersonations of celebrities and nothing more.”

“Looking back, many of these sketches are embarrassing, and it is frustrating that these thoughtless moments have become a weapon used by some to diminish my criticisms of social and other injustices. I believe that I have evolved and matured over the last twenty-plus years, and I hope that is evident to anyone who watches my show. I know that this will not be the last I hear of this and that it will be used again to try to quiet me. I love this country too much to allow that. I won’t be bullied into silence by those who feign outrage to advance their oppressive and genuinely racist agendas. My summer vacation has been planned for more than a year and includes the next two summers off as well. I will be back to work in September. Thank you for giving me an opportunity to explain and to those I’ve disappointed, I am sorry.  Sincerely, Jimmy Kimmel.”

He said it very eloquently and makes a lot of good points about how people view apologies. But he also mentioned that he didn’t want these past instances be an influence on the work he is doing now in the community. As of now he’s hosting the 2020 Emmy Awards which he might use as a platform to illustrate certain points about how the world needs to change so that we are all equal. So this apology is an important step in making those messages more heard.