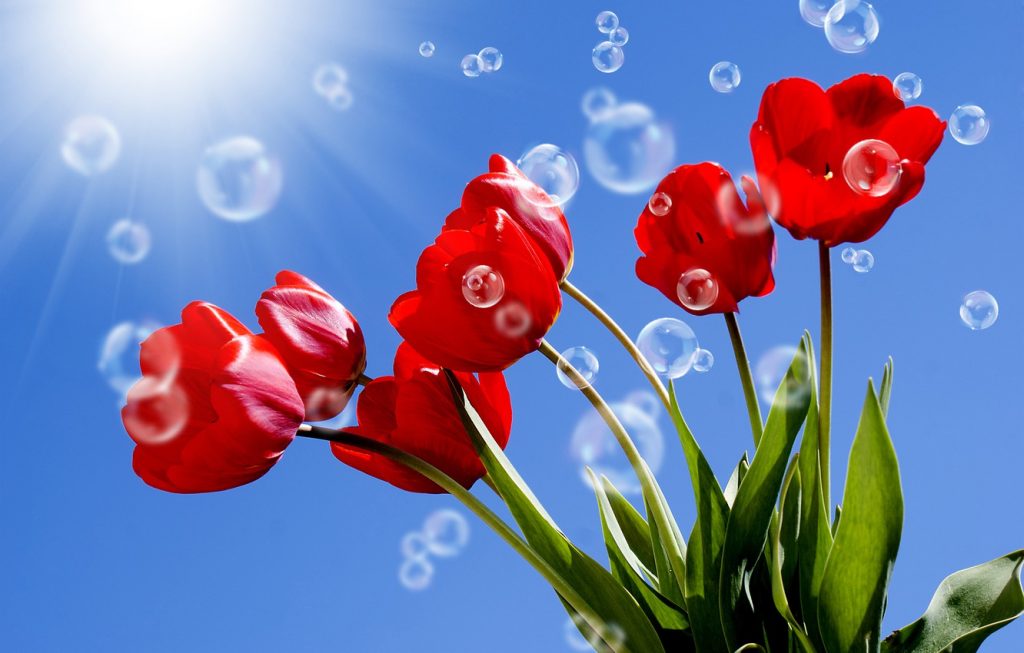 Bubble-blowing drones could be the next big scientific fix when it comes to dwindling bee populations. We heavily rely on bees to pollinate our flowers and crops but with the dangers posed now by murder hornets and the human population in general it’s possible that we may need help in the future. What help? Well we’re going to have to find a sustainable way to help our plants pollinate so that they don’t dwindle out.

Sometimes you can rely on wind to carry pollen from one plant to the other but primarily that’s a bee’s job. So now that we are worried about them disappearing scientists have been testing out a new way to cross pollinate. And that comes by way of drones. The drones are a welcome change for farmers who have been trying to pollinate plants themselves either by using a spray or by swabbing it on themselves. Both of which are just very time consuming and labor intensive.

According to Science News:

Materials chemist Eijiro Miyako of the Japan Advanced Institute of Science and Technology in Nomi imagines outsourcing pollination to automatous drones that deliver pollen grains to individual flowers. His original idea involved a pollen-coated drone rubbing grains onto flowers, but that treatment damaged the blossoms (SN: 3/7/17). Then, while blowing bubbles with his son, Miyako realized that bubbles might be a gentler means of delivery.

That’s when they decided to create a solution that could be used in the bubble machine that would deliver a gentler means of pollinating the flowers. Miyako and his colleague Xi Yang, an environmental scientist also at JAIST developed this solution and were well on their way to making it a reality. They tested it on a group of pear trees and studied how well it worked. It wen’t well and they bore the same amount of fruit as trees that had been hand pollinated. Making the experiment a wild success.

Then, to test the feasibility of using drones, they flew them over a fake bunch of lilies and recorded how many were hit with the bubbles. While they were 90% were hit there were many more bubbles that missed the mark. But the delivery system worked and could now be considered a meaningful way of pollinating crops. They stated that the only way that they would be able to make it more accurate would be to program the drone somehow so that they can recognize flowers and deftly target specific blossoms.