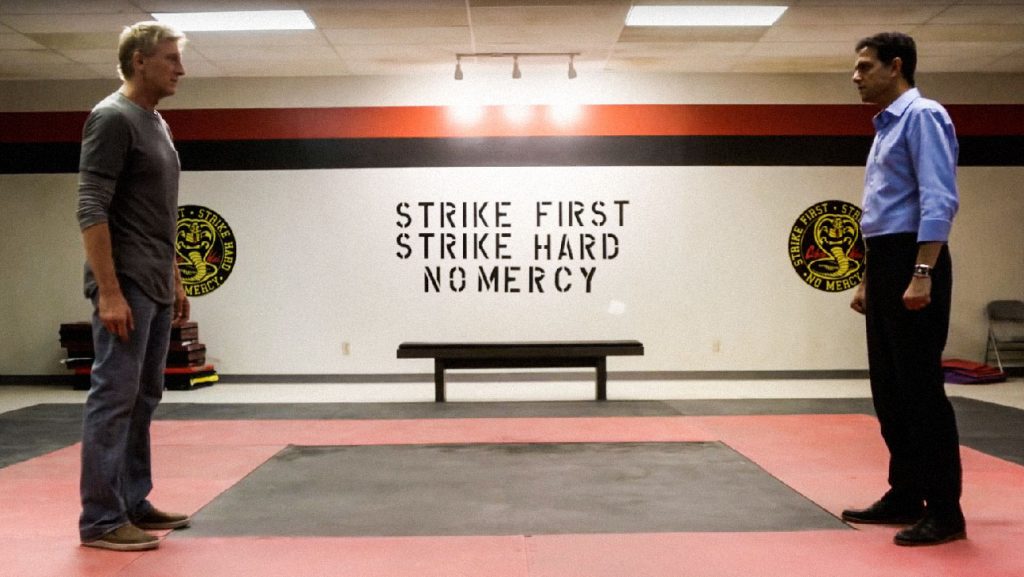 We finally know where “Cobra Kai” will make it’s season 3 home after departing their original domicile at Youtube, and Netflix is the lucky winner.

Sony Pictures Television reached a deal with streaming service giant Netflix, announcing the news just this morning, on the 36th anniversary of “The Karate Kid” opening in theaters.

Vice President of Original Series At Netflix Brian Wright said of the announcement:

“The appeal of ‘The Karate Kid’ saga is timeless, and ‘Cobra Kai’ picks up right where it left off without missing a beat. The rivalry between Daniel and Johnny is one for the ages, and the show has a ton of heart and is a lot of fun. We can’t wait to introduce a new generation of fans to Cobra Kai and are thrilled to be its new home around the world.”

“Making Cobra Kai has been a dream come true for us since day one.We are thankful for the tireless dedication of Jeff Frost, Chris Parnell, Jason Clodfelter, Karen Tatevosian, and all our partners at Sony for finding us a new home where we can not only continue the series, but also explore opportunities to further expand The Karate Kid universe. We are beyond excited to join our new partners at Netflix and look forward to the show reaching the massive global audience who loves this franchise as much as we do.”

President of Sony Pictures Television Jeff Frost sure seems excited to bring the series to Netflix:

“We are so proud of ‘Cobra Kai’ and are overwhelmed by the massive fan response to the series. Josh, Jon, Hayden, Ralph, William and the entire cast have done such a brilliant job with this sensational series and the huge audience reaction and sentiment for it is a testament to that. We are very thankful to our partners at Netflix and couldn’t be more elated that they have become the new home for this epic saga.”

Seasons 1 and 2 of “Cobra Kai” will be available on Netflix later this year, but we’re not sure exactly when yet.